Author Chat with Zack Smedley (Deposing Nathan), Plus Giveaway! ~ (US Only) Today we're excited to chat with Zack Smedley author of

Read on for more about Zack and his book, plus an giveaway! 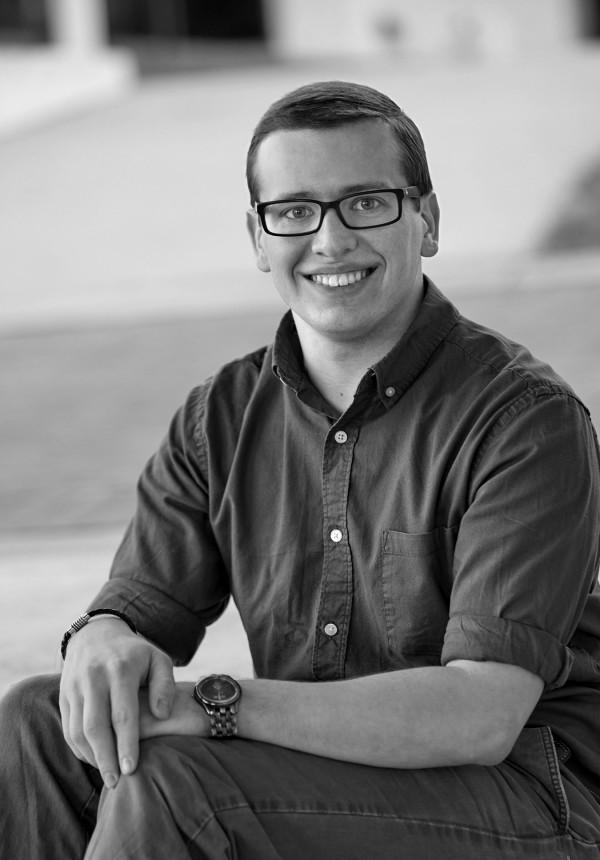 Zack Smedley was born and raised in southern Maryland, in an endearing county almost no one has heard of. He has a degree in Chemical Engineering from UMBC and currently works within the field. As a member of the LGBT community, his goal is to give a voice to marginalized young adults through gritty, morally complex narratives. He spends his free time building furniture, baking, tinkering with electronics, and managing his obsession with the works of Aaron Sorkin. You can find him online at www.zacksmedleyauthor.com [zacksmedleyauthor.com]. 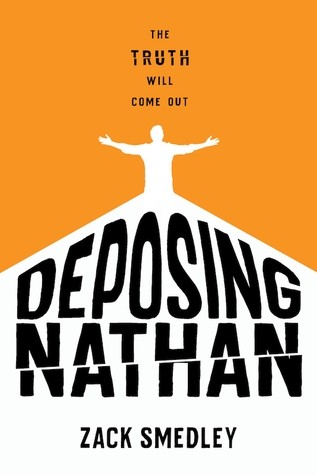 "A superb story, told in an original and masterly way. Smedley navigates the novel's refreshing ideas about sexuality and religion with grace and intelligence." ―The New York Times For sixteen years, Nate was the perfect son―the product of a no-nonsense upbringing and deep spiritual faith. Then he met Cam, who pushed him to break rules, dream, and accept himself. Conflicted, Nate began to push back. With each push, the boys became more entangled in each others' worlds...but they also spiraled closer to their breaking points. And now all of it has fallen apart after a fistfight-turned-near-fatal-incident―one that's left Nate with a stab wound and Cam in jail.

Now Nate is being ordered to give a statement, under oath, that will send his best friend to prison. The problem is, the real story of what happened between them isn't as simple as anyone thinks. With all eyes on him, Nate must make his confessions about what led up to that night with Cam...and in doing so, risk tearing both of their lives apart.

People did. Specifically, a group of people: teens who were raised religiously but also felt they might be LGBTQ. Our literary industry has left this group behind. So few LGBT books exist that mention religion...and those that do, treat it as an obstacle. Something to run away from. I wanted to write a YA novel that gives an honest portrayal of this duality, and sends a clear message to teens: you do not need to stop being religious to be queer, and vice versa. Both can co-exist, and here's why, and here are some common counterarguments as to why not. I wanted to put that debate center stage, and pit two boys (Nate and Cam) against each other in it. I often describe the book as a 400-page argument, because that's really what it is. It's loud and morally gray, but there's a clear message behind it that I wasn't seeing in other YA books.

It's a tie between Cam and Mrs. Lawson. Cam has become a fan favorite, and most people say he's the scene-stealer (plus, I'll admit it was very fun to write all his one-liners). That said, I've always liked Mrs. Lawson because she's the only character who entirely abstains from lying, BS-ing or disingenuous actions, so I consider her the moral centerpiece of the book.

Both came at once, basically. The novel started as an outline that laid the whole thing out, scene by scene, and right around then is when I came up with the title. The first thing that popped into my head was "Deposing Cameron" (the other character in the book), until research informed me he wouldn't realistically have a depo taken, so it became Deposing Nathan. I fought hard to keep that title during the production, and I'm lucky enough to say that my wonderful publisher agreed.

It's interesting, because it's a scene I never really meant to write. (It was considered "filler" at the time, and I typed it out while watching HGTV). But it ended up becoming a lyrical chapter--one of the most unique things I've ever written--that actually sends a different message when read aloud vs as words on the page. My agent and editor both told me that it's the chapter that made them decide to acquire the book. All I'll say about it is it's the Graveyard Scene, and you'll know it when you read it.

I'm still building my list of 2020 releases, but the one I'm most excited about so far is SURRENDER YOUR SONS by Adam Sass. It deals with a lot of themes similar to my own, and Adam is a fantastic writer!

Oh, drafting, for sure. I have this belief that there's something irreplaceable about that "first pass" at the story...much like reading a book for the first time, every subsequent revisiting of it feels a little less magical.

Much like my character Cam, I can accurately recall many days of my life. (The proper term is "hyperthymesia," but I don't know if this requires some formal diagnosis, so I use it loosely). But for example, I can tell you that my 9th grade Homecoming dance was on October 10, 2009, and that I got there at a little past 8 PM. It's kind of a cool party trick, but unfortunately it also means that I deal with the same types of "memory episodes" as Cam does in the book.