Today we're excited to chat with Wai Chim author of

The Surprising Power of a Good Dumpling.

Read on for more about Wai and her book, plus a giveaway! 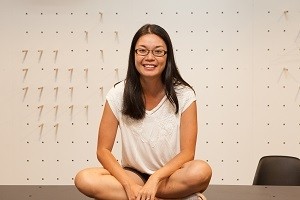 Wai Chim is a first-generation Chinese-American from New York City. Growing up speaking Cantonese around the house, she absorbed as much Western culture as she could through books, TV, and school. She spent some time living in Japan before making Sydney, Australia, her permanent home. In addition to her writing, Wai works as a digital producer/web developer for The Starlight Children's Foundation, whose programs offer entertainment, education, and technology to critically, chronically, and terminally ill children. Learn more about her at waichim.com [waichim.com].

Meet The Surprising Power of a Good Dumpling! 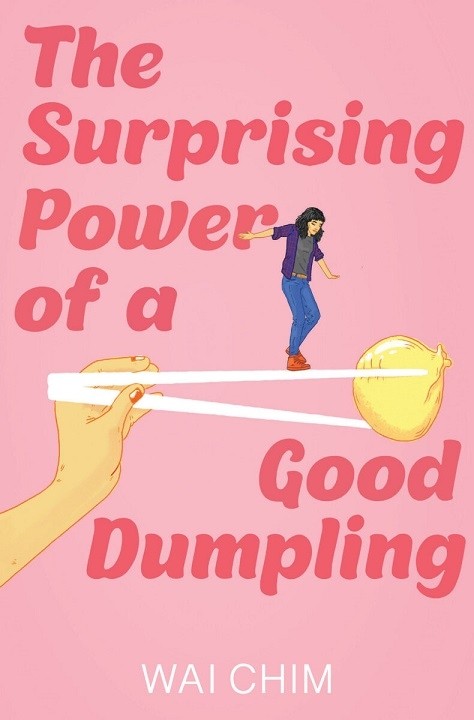 Anna Chiu has her hands pretty full looking after her brother and sister and helping out at her dad’s restaurant, all while her mum stays in bed. Dad’s new delivery boy, Rory, is a welcome distraction and even though she knows that things aren’t right at home, she’s starting to feel like she could just be a normal teen.

But when Mum finally gets out of bed, things go from bad to worse. And as Mum’s condition worsens, Anna and her family question everything they understand about themselves and each other.

A nourishing tale about the crevices of culture, mental wellness and family, and the surprising power of a good dumpling.

I wrote THE SURPRISING POWER OF A GOOD DUMPLING because I really wanted to write a YA novel that tackled the stigma of mental illness in Asian communities. In many immigrant families, mental illness is very taboo and simply not talked about or completely ignored; it’s seen as something shameful and many young people end up feeling alone and hopeless and can really suffer because they aren’t getting the help and support that they need. I’ve been an #ownvoices writer in Australia for awhile now and I think it’s so important to have honest and authentic cultural stories for today’s world.

I think my favorite character in the book is Lily. She is whip smart and tells it like it is, I really love her as the pragmatic genius who gets things done.

Oh gosh, definitely the novel! I first pitched this book to my publisher in Australia with the title Wowo, which in Chinese is the onomatopoeia of a dog! Fortunately for me, my publisher loved the story but she did say very nicely, ‘we might need to work on the title.’ They were the ones who came up with the dumpling motif and for a while we were playing The BLANK Power of a BLANK Dumpling. The final result happened via a messenger exchange with my best friend from college who lives in New York and I’m just so glad she could contribute to the book in that way!

My first book was published in Australia in 2012. I think the most important thing I’ve learned through this whole time is to be a good team player and how important the community is. The work you create isn’t just ‘yours’; it means something to the publisher, editor, proofreader, publicist, bookseller, teacher and yes, the reader. It’s really magical how that happens and you as the writer are just one part of the giant story soup. I think having that big picture view really helps you in your career and it also helps you be a better human.

I’m looking forward to reading Spell Starter by Elsie Chapman and all of the amazing Australian YA novels coming out this year. If you haven’t picked up more Australian YA gems like Amelia Westlake was Never Here by Erin Gough and Making Friends with Alice Dyson by Poppy Nwosu, you’re in for a real treat!

I recently read None Shall Sleep by Australian writer, Ellie Marney. It’s a YA thriller about a teenage serial killer and let me tell you, that title is spot on!

Without giving too much away, it was definitely the scene where the mother character accuses the girls of conspiring against her. It’s a tough and confronting scene and it really lays bare what certain types of abuse can look like. With that being said, I thought it was a really important scene to include because it’s real and something that many young people may experience at home. I wanted to lay out a scene that while difficult to read, was also honest and intended to be judgement free.

Definitely the Mother. She is fire and energy with a hint of cruelty but also deep rivers of love. It was really hard to get that balance right and so many of my readers feel conflicted by her, which to me is a signal I did an okay job.

I blend my creative passions with a very technical prowess. So in addition to being a writer, I work on websites and tech systems where I write code as part of my day job. I think this unique synergy of tech meets creativity is where really cool and exciting things can happen. I encourage anyone who has those intersecting interests to really embrace both their left and right brains as much as they can – don’t feel limited to a career or path that only leans on one.

Right now, for my day job I work for The Starlight Children’s Foundation whose programs help brighten the lives of seriously ill children and young people. They grant once-in-a-lifetime wishes and run workshops and spaces that let kids in hospitals just experience the joys of play and being a kid. I’ve seen firsthand how much this means to families and it’s just something really special and magical.

The Surprising Power of a Good Dumpling