Author Chat with Victoria Lee (The Electric Heir), Plus Giveaway! ~ (US Only) Today we're excited to chat with Victoria Lee author of

Read on for more about Victoria and her book, plus an giveaway. 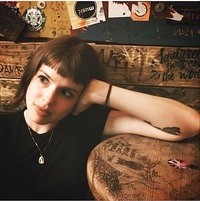 Victoria Lee grew up in Durham, North Carolina, where she spent twelve ascetic years as a vegetarian before discovering that spicy chicken wings are, in fact, a delicacy. She’s been a state finalist competitive pianist, a hitchhiker, a pizza connoisseur, an EMT, an expat in China and Sweden, and a science doctoral student. She’s also a bit of a snob about fancy whiskey. Lee writes early in the morning and then spends the rest of the day trying to impress her border collie puppy and make her experiments work. She currently lives in Pennsylvania with her partner. 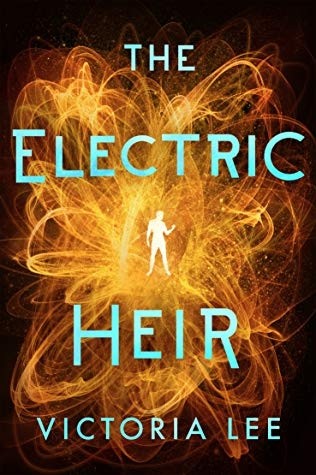 In the sequel to The Fever King, Noam Álvaro seeks to end tyranny before he becomes a tyrant himself.

Six months after Noam Álvaro helped overthrow the despotic government of Carolinia, the Atlantians have gained citizenship, and Lehrer is chancellor. But despite Lehrer’s image as a progressive humanitarian leader, Noam has finally remembered the truth that Lehrer forced him to forget—that Lehrer is responsible for the deadly magic infection that ravaged Carolinia.

Now that Noam remembers the full extent of Lehrer’s crimes, he’s determined to use his influence with Lehrer to bring him down for good. If Lehrer realizes Noam has evaded his control—and that Noam is plotting against him—Noam’s dead. So he must keep playing the role of Lehrer’s protégé until he can steal enough vaccine to stop the virus.

Meanwhile Dara Shirazi returns to Carolinia, his magic stripped by the same vaccine that saved his life. But Dara’s attempts to ally himself with Noam prove that their methods for defeating Lehrer are violently misaligned. Dara fears Noam has only gotten himself more deeply entangled in Lehrer’s web. Sooner or later, playing double agent might cost Noam his life.

It took me a really long to figure out what story I was actually trying to tell with this series. I wrote several versions of The Fever King trying to figure it out! Parts of the book were originally ideas for other books that ended up getting cobbled together Frankenstein-monster style for TFK.

Primarily, I wanted to write about the intersection of intergenerational and personal trauma—about what it means to face our trauma, and the way the world can demand that we “have” to confront our abusers. In The Electric Heir, a lot of the plot also deals with how people come to accept that things that are happening to them are traumatic or abusive, and to show the ways that different people handle abuse both when they’re recovering from it and when it’s still ongoing. I feel like a lot of stories talk about the journey that happens after abuse—but it’s equally important to tell the story of surviving in the moment. The book touches on a lot of adjacent issues, like what it means when you aren’t a “good” victim or don’t react to trauma the way people want you to, or how survivors can victim-blame each other and themselves, and the cognitive dissonance of gaslighting yourself into believing the abuse is acceptable because that’s easier than admitting the truth.

This is a hard one! I love Noam, obviously—I mean, he’s the main character—but if I’m brutally honest, Dara is my favorite. He represents so much of what I was trying to say with this book. I relate a lot to his experiences, and honestly I just want him to be happy.

The confrontation between Dara and Noam after Dara sees Noam at the gala (this was hard to phrase in a way that isn’t spoilery!). It was hard to balance both of their views in that scene—each character believes that he’s doing what is right, but neither of them are quite able to take the other’s perspective … It was a challenging scene to write, but I think it turned out pretty well. I love a good intense fight scene.

Soooo many! I’m excited for Legendborn by Tracy Deonn, which is about the descendants of King Arthur’s knights in the modern day US South. I’m also really pumped for These Violent Delights by Chloe Gong, which is Romeo and Juliet in 1920s Shanghai; The Invisible Life of Addie LaRue by V.E. Schwab, about a girl who sells her soul to the devil to live forever only to be forgotten by everyone she meets; Incendiary by Zoraida Córdova, an epic revenge fantasy set in a second world version of Inquisition-era Spain; and many, many others.

I loved Wilder Girls by Rory Power—it’s such a deliciously twisted eco thriller and it manages to balance being literary with being suspenseful perfectly. Plus I love what Rory does with structure and language in this book. Just, A++.

My next book is called A Lesson in Vengeance, and it comes out summer 2021 from Delacorte/Penguin Random House. It’s a sapphic dark academia about a girl who is grieving the death of her former girlfriend, then meets an enigmatic literary prodigy who recruits her to plot the perfect murder as research for a book. It’s very gothic and dramatic and pretentious. Also, there are witches.

Noam, for sure. It was really hard to write him in this book, because he’s trapped in such a terrible situation and he’s just soooo oblivious to how bad things really are. I wanted to grab him and forcibly inject the truth into his brain. But sadly stories would be very boring if the characters just listened to reason from the get-go.

When I’m drafting, I always say I’d rather be revising, with a completed book in hand that I can pick at and re-weave into a better book. But when I’m revising, I’d rather be writing something new and discovering a world and characters from scratch. So … both! But also neither! I don’t know!

The book sounds really good. The cover is nice.

The cover is eye-catching and the book sounds exciting.

0
The cover is eye-catching and the book sounds exciting.
Cancel Update Comment

The cover is striking and the story sounds like a great combination of fantasy and dystopian.

0
The cover is striking and the story sounds like a great combination of fantasy and dystopian.
Cancel Update Comment
How to resolve AdBlock issue?
X