Today we're excited to chat with Victoria Aveyard author of

Read on for more about Victoria plus an interview! 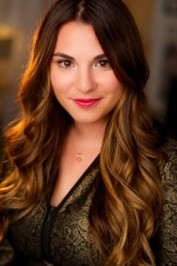 Victoria Aveyard is an author and screenwriter, born and raised in a small town in Western Massachusetts. Both her parents are public school teachers, as well as avid film, television, and literature fans. Victoria grew up on a steady diet The Lord of the Rings, Star Wars, Indiana Jones, Harry Potter, and LOST. She pursued a degree in Writing for Film & Television at the University of Southern California's School of Cinematic Arts. After graduating college in 2012, Victoria moved home from Los Angeles  and began writing the manuscript that would become Red Queen.

The Red Queen series is currently being translated into 37 languages and counting. 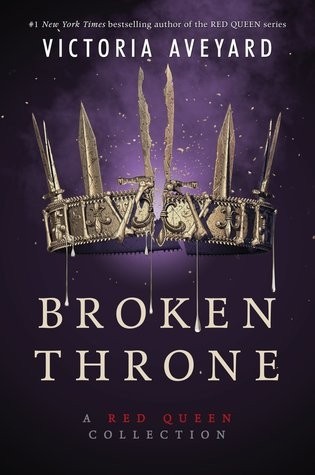 Return once more to the deadly and dazzling world of Red Queen in Broken Throne, a beautifully designed, must-have companion to the chart-topping series from #1 New York Times bestselling author Victoria Aveyard.

Fans will be delighted to catch up with beloved characters after the drama of War Storm and be excited to hear from brand-new voices as well. This stunning collection is not to be missed!

I love all my children equally. But really, I don't there's a stark favorite. It comes down to who I enjoy writing at the time, what kind of mood I'm in. Different characters feed different parts of me.

The novel. But that isn't a strict rule. It's very rare I find a title before I fully realize the project, but it does happen. More recently, I get a working title while I'm in brainstorming mode, fleshing out the story. But for Red Queen, the title didn't come until about halfway through the first draft.

This is a solitary job, and that can be isolating for a lot of writers. I'm lucky in that I have a very strong support base outside of publishing, otherwise it would be very easy to get sucked into issues I have no business bothering with. Focusing on myself and not other writers is key. It's also important to be vigilant socially. There are certainly people without your best interests at heart or people who simply aren't worth the time or energy. And the friends I have made within the writing and publishing community have been integral to learning this business. It's a job without many guidelines, and author advice has really been a godsend. Another great piece of advice I've found is to protect yourself, protect your time, prioritize your own work as well as your life outside this. This should not be your entire universe. At least, it can't be for me. I'm not built for it. I need breaks, I need time, I need space.

I love how simple the cover for Red Queen is. Those are the kind of covers I gravitate to and I'm so pleased I got one for myself. I'm also incredibly grateful to have a recognizable iconography for the series. It's very easy to look at this series and see a cohesion, or a brand so to speak.

The Queen of Nothing by Holly Black. I'm hopelessly devoted to this series.

This is going to be a predictable answer, but The Wicked King by Holly Black. It's the second book in The Folk of the Air series and I honestly left a party at my own house to finish this book. I also discovered and fell in love with The Bear and the Nightingale series by Katherine Arden. The third released this past year and I gobbled it up.

I'm very excited to be playing in a brand new sandbox as I chip away at a new YA high fantasy series. So far I've only been able to give vague details, but I can absolutely say that I love it and love working on it.

I'd say whichever one I'm not working on at the time. But to be honest, it's a grass is greener situation. Both stages have their pros and cons. It's easy to look at revising and wish you were there, because it means a draft is finished. You're working on a cohesive, formed object. But you can also lament moving out of the drafting stage, where things are ultimately very simple, albeit taxing. I can't say overall which I prefer right now. I think drafting is more difficult but revising can be more frustrating.