Author Chat with Teri Polen (The Gemini Connection), Plus Giveaway! Today we're excited to chat with Teri Polen, author of The Gemini Connection. Read on for more about Teri and her book, plus a giveaway! 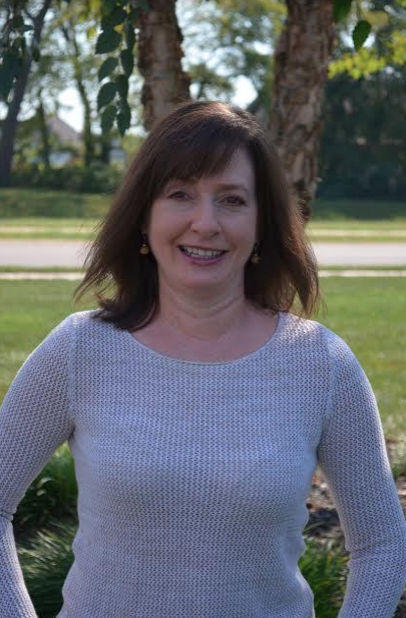 Teri Polen reads and watches horror, sci-fi, and fantasy. The Walking Dead, Harry Potter, and anything Marvel-related are likely to cause fangirl delirium. She lives in Bowling Green, KY with her husband, sons, and black cat. Her first novel, Sarah, a YA horror/thriller, was a horror finalist in the 2017 Next Generation Indie Book Awards. 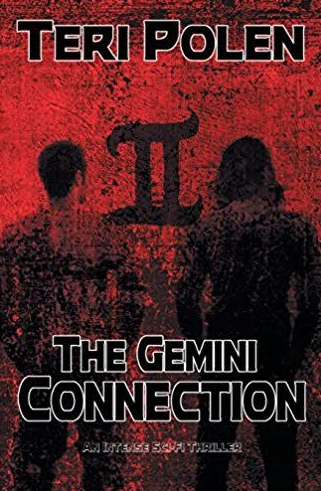 Teen twin brothers Evan and Simon Resnik are fiercely loyal to each other and share an unusual bond—they experience each other’s emotions as their own and can sense where the other is.

On their dying planet of Tage, scientists work tirelessly on its survival. Like the twins’ parents, Simon is a science prodigy, recruited at a young age to work with the brilliant creator of Scientific Innovations. To the bitter disappointment of their parents, Evan shows no aptitude or interest in science. As a Mindbender, he travels into the minds of scientists to locate buried memories, connect ideas and concepts, and battle recurring nightmares.

When Simon mysteriously disappears, Evan is plunged into a world of loss and unbearable guilt. For the first time, he can’t ‘feel’ Simon—it’s like he no longer exists. Evan blames himself. No one knows that he ignored his brother’s pleas for help on the night he went missing.

A year later, Simon is still gone. Evan lost his twin, but Tage might have lost its last hope of survival when it’s discovered that Simon’s unfinished project could be its salvation. Evan is determined to

find him—somewhere—and bring Simon home. Their unusual connection might be more extraordinary than they know, and the key to locating Simon.

A Chat with Teri Polen:
1.) Who is your favorite character in the book?
Evan, definitely. He feels things so deeply, even though he may not show it. His self-assured outer demeanor masks his gut-wrenching pain and insecurities. I just wanted to hug him and make it all better, but had to put him through a lot of trials and tribulations first.

2.) Which came first, the title or the novel?

The title came pretty early for this book. With my first book, I didn’t have a confirmed title until five minutes before I sent it to my publisher, but this one was there from day one.

3.) Thinking way back to the beginning, what’s the most important thing you've learned as a writer from then to now?

Just get the first draft written, no matter how ugly it is. I tend to go back over what I’ve already written and edit it, then edit numerous times after that – it’s a time waster.

4.)  What do you like most about the cover of the book?

I loved that the designer added the twins with the Gemini symbol almost linking them. When I received the proof, we tweaked the boys a bit to make them look more like Evan and Simon, but I thought he did an outstanding job.

It’s impossible to name just one. A Conjuring of Light by V.E. Schwab, Project Pandora by Aden Polydoros, The Empress by S.J. Kincaid, and This Mortal Coil by Emily Suvada

I’m currently working on another YA sci- fi/thriller involving genetic enhancement. It’s been going slower than I’d like since life has been tossing me some curveballs lately, but I’m hoping to strap in and have a first draft by the end of June.

7.) Which was the most difficult or emotional scene to narrate?

Without revealing spoilers, it was a scene between Evan and Simon, the night Simon goes missing. It took a few days to write, and it just gutted me. It’s a pivotal point in the book, and I wanted the reader to feel the emotions the twins were experiencing.

8.) Which character gave you the most trouble when writing your latest book? Max. I knew he fit into this story somewhere, but for the longest time he wouldn’t reveal how. Once he started talking, he wouldn’t shut up, and it turned out he played a pretty critical role.

9.) Which part of the writing process do you enjoy more: Drafting or Revising?

Definitely revising. When I’m drafting, some days the words come faster than I can type. Other days, I’m staring at an empty screen and my focus shifts to everything on my to-do list. More than I’d like, my attention span is similar to Dory’s from Finding Nemo. My mantra is ‘Just keep swimming.’

10.) What would you say is your superpower?

I don’t drink coffee or tea – I get my caffeine from Diet Coke, and have a knack for sniffing out Coke machines. At any given time, I can tell you where the closest one is.

One winner will receive a signed copy of The Gemini Connection (US only).

The cover is amazing and the synopsis sounds intriguing.

0
The cover is amazing and the synopsis sounds intriguing.
Cancel Update Comment

The cover is dark and fits the synopsis. I love the idea of twin boys and the connection between them.

0
The cover is dark and fits the synopsis. I love the idea of twin boys and the connection between them.
Cancel Update Comment

The cover is interesting and the synopsis definitely has me interested in this one.

0
The cover is interesting and the synopsis definitely has me interested in this one.
Cancel Update Comment

This sounds intriguing! I've always been interested in what they call the Gemini connection, this sounds like a great read!

The cover is kind of dark and bloody. The story sounds really original.

0
The cover is kind of dark and bloody. The story sounds really original.
Cancel Update Comment
How to resolve AdBlock issue?
X