Author Chat with Swati Teerdhala (The Tiger At Midnight), Plus Giveaway! Today we're excited to chat with Swati Teerdhala author of The Tiger At Midnight.

Read on for more about Swati, plus an interview and an giveaway! 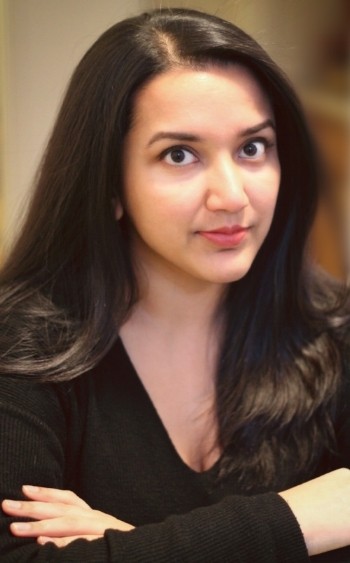 Swati Teerdhala is a storyteller at heart. After graduating from the University of Virginia with a B.S. in Finance and B.A. in History, she tumbled into the marketing side of the technology industry. She’s passionate about many things, including how to make a proper cup of tea, the right ratio of curd-to-crust in a lemon tart, and diverse representation in the stories we tell. She currently lives in New York City.

Meet The Tiger At Midnight! 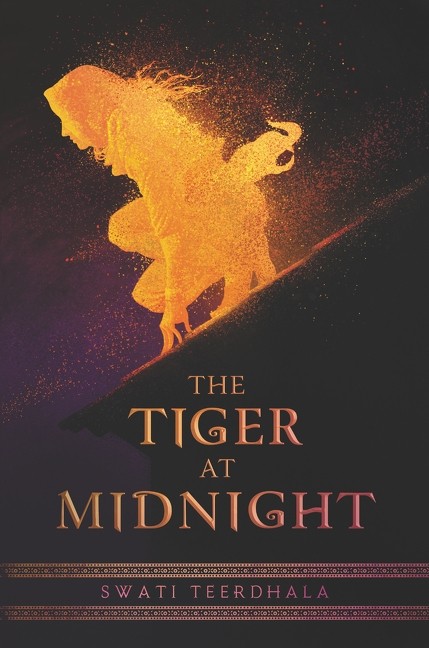 A broken bond. A dying land. A cat-and-mouse game that can only end in bloodshed.

Esha lost everything in the royal coup—and as the legendary rebel known as the Viper, she’s made the guilty pay. Now she’s been tasked with her most important mission to date: taking down the ruthless General Hotha.

Kunal has been a soldier since childhood. His uncle, the general, has ensured that Kunal never strays from the path—even as a part of Kunal longs to join the outside world, which has only been growing more volatile.

When Esha and Kunal’s paths cross one fated night, an impossible chain of events unfolds. Both the Viper and the soldier think they’re calling the shots, but they’re not the only players moving the pieces.

As the bonds that hold their land in order break down and the sins of the past meet the promise of a new future, both the soldier and the rebel must decide where their loyalties lie: with the lives they’ve killed to hold on to or with the love that’s made them dream of something more.

I first got the inspiration for THE TIGER AT MIDNIGHT when I was traveling and visited an old fort. I remember walking the parapet and looking out over an open window and imagining myself as one of the ancient warriors who would’ve patrolled there. I thought about what sight would make me stand up and leave my post. The first image that came to me was a girl. And that’s when my two main characters, Kunal and Esha, came to life.

That’s hard for me to pick! I love Kunal and Esha equally, but a side character who grabbed my heart from the moment he showed up on the page is Alok, one of Kunal’s best friends at the Red Fort. He’s the truest friend–caring, observant, loyal–but also loves to make fun of Kunal whenever he has the chance. He was a delight to write!

The novel came first! Originally, I had titled it something else but my wonderful agent had the great idea of teasing out THE TIGER AT MIDNIGHT from a line in the novel, one that’s actually quite important to the entire story.

There’s a scene in the climax which ended up being very emotional to write. I had to dive pretty deeply into my own emotions to find the right way to convey what the character was feeling and it required a lot of honesty, which was more difficult than I wanted to admit. Though it wasn’t technically the hardest scene to write, it’s the one I’m most proud of because of how true it ended up being.

Ah, that old adage–writing is rewriting. The most important thing I’ve learned is to find a way to fall in love with revising. That’s where your story is found and shaped and chiseled into the one you want to tell. Revisions bring a book to life.

Everything! I absolutely love the cover of the book, which is all thanks to David Curtis, the cover designer, and Michael Marsicano, the illustrator. It perfectly captures the feel of the Kunal and Esha’s story and it’s absolutely gorgeous.

There are so many incredible books releasing in 2019, but a few of the ones that haven’t been released yet that I’m excited for are SPIN THE DAWN by Elizabeth Lim, WICKED FOX by Kat Cho, and THERE WILL BE A DARKNESS by Katy Pool.

I loved A REAPER AT THE GATES by Sabaa Tahir. It’s the third book in the Ember in the Ashes quartet and it’s a perfect follow up to the first two books, expanding the incredible worldbuilding and pushing the characters to their limits.

I’m currently working on book 2 and 3 of THE TIGER AT MIDNIGHT series and I can’t wait to share book 2 with everyone next year!

The Tiger At Midnight

This cover is fierce!

I love this cover! Can't wait to read it!

0
I love this cover! Can't wait to read it!
Cancel Update Comment

I'm excited for this book ??

Such a great cover!

The cover is amazing and I can't wait to meet Esha. She sounds fierce!

0
The cover is amazing and I can't wait to meet Esha. She sounds fierce!
Cancel Update Comment

The cover is powerful and the story sounds really exciting.

0
The cover is powerful and the story sounds really exciting.
Cancel Update Comment

The cover has great colors. The synopsis makes me want to read more. Sounds like an exciting read.

0
The cover has great colors. The synopsis makes me want to read more. Sounds like an exciting read.
Cancel Update Comment

The cover has great colors and I love how the gold stands out. I cannot wait to read! The story sounds amazing.

0
The cover has great colors and I love how the gold stands out. I cannot wait to read! The story sounds amazing.
Cancel Update Comment

The cover is one of my favorites ever. The synopsis sounds unique and exciting.

0
The cover is one of my favorites ever. The synopsis sounds unique and exciting.
Cancel Update Comment

The cover is just drop dead gorgeous and the synopsis sounds right up my alley!

0
The cover is just drop dead gorgeous and the synopsis sounds right up my alley!
Cancel Update Comment
How to resolve AdBlock issue?
X