Today we're excited to chat with Susann Cokal author of

Read on for more about Susann and her book, plus an giveaway. 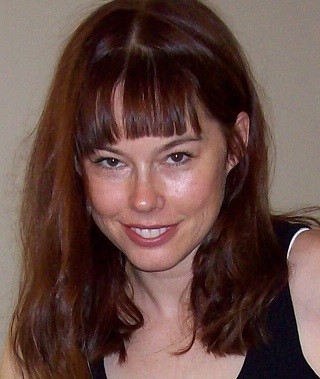 Susann Cokal is the author of The Kingdom of Little Wounds, a Michael L. Printz Honor Book. Her work for adults include novels, short stories, and literary criticisms and has been widely published in literary journals and the New York Times Book Review. Susann Cokal lives in Richmond, Virginia. 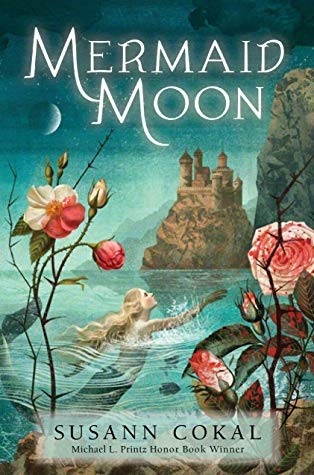 An award-winning author tells of a mermaid who leaves the sea in search of her landish mother in a captivating tale spun with beautiful prose, lush descriptions, empathy, and keen wit.

Blood calls to blood; charm calls to charm.
It is the way of the world.
Come close and tell us your dreams.

Sanna is a mermaid — but she is only half seavish. The night of her birth, a sea-witch cast a spell that made Sanna’s people, including her landish mother, forget how and where she was born. Now Sanna is sixteen and an outsider in the seavish matriarchy, and she is determined to find her mother and learn who she is. She apprentices herself to the witch to learn the magic of making and unmaking, and with a new pair of legs and a quest to complete for her teacher, she follows a clue that leads her ashore on the Thirty-Seven Dark Islands. There, as her fellow mermaids wait in the sea, Sanna stumbles into a wall of white roses thirsty for blood, a hardscrabble people hungry for miracles, and a baroness who will do anything to live forever.

From the author of the Michael L. Printz Honor Book The Kingdom of Little Wounds comes a gorgeously told tale of belonging, sacrifice, fear, hope, and mortality.

Mermaids were always part of my life, in part because I just love being in and around the ocean, in part because I’m half Danish and all Danes are steeped in the mermaids’ brine, and in part because my mother had told me, since my childhood, that she wanted to be like Hans Christian Andersen’s famous character and become foam on the sea. Mermaid Moon is not a retelling of the famous fairy tale, but it is, for me, a reconsideration of what mer-culture and society might be. The girls are the ones with the beautiful voices and the ability to enchant, so why aren’t they in charge of their social group? And if you can swim so powerfully, why would you stay in one place? My mermaid flok is matriarchal and nomadic.

Much of this world grew out of a little one-page “broken” fairy tale that used to be part of my previous book, The Kingdom of Little Wounds. That story (“The Hollowing Witch”) is about a witch who captures a mermaid, and it ended up on the cutting-room floor. But the witch and the mermaid stayed with me through the years, and one day when someone asked what I was working on, I just blurted out this idea. It had been brewing; this was its time.

My heart is with Sanna, the mermaid heroine, but I have to confess that I most loved writing about Baroness Thyrla. I think writers almost always enjoy villains, as we get to spill our darkest imaginings onto the page. Baroness Thyrla is a power-hungry witch who sucks the energy from minions and children (including her own children) in order to prolong her own life and stay beautiful. I especially liked writing the scenes in which she’s doing magic in her chamber and talking to the bones that she has built into the walls—the bones of her victims, of course, including the ones she calls the winter babies. Those scenes felt giddily perverse, and I got to think my way inside the mind of evil for a little while.

Titles are always difficult for me. They have to capture a novel’s essence and mystery at the same time. And there are a number of trick I dislike in titles (but I won’t list them here because of course there are very good titles that do everything I avoid). For a long time I called this one The Half-Made Moon, because in my characters’ world, that’s when the elements come into balance and change is most possible. But then it occurred to me that if the story was about a mermaid, it should have Mermaid in the title. I think that came in the fifth or sixth draft (out of seven or eight). The only title I’ve ever known from the beginning of the idea has been The Kingdom of Little Wounds. That title contained the germ of the book.

I’m going to have to say the ending. That’s partly because it was difficult to pull off. Endings, like titles, can be elusive—all the storylines have to come together in a way that feels inevitable and yet surprising, satisfying. And while I write, I tend to put in lots and lots of subplots and side twists that I edit out in revision. Writers do a lot of grunty labor in order to build up to that clear moment of epiphany we yearn for. The last two pages for MMM came to me all of a sudden, with an electric shock and the uncanniness of the idea that both comes from inside you and has nothing to do with you at all. Obviously I can’t say what that bit is here (and really it’s just a few lines) … but it made me trust life and the process in a way that’s rare for me.

There is nothing I don’t like about the cover, and my favorite thing about it is everything. The Balbusso twins, Ana and Elena, created a gorgeous, lush picture, rich in color and mystery, and the Candlewick design team makes every book a work of art. And the edges of the pages are turquoise. I am extremely happy with that cover.

I’m lucky, too, because Candlewick gives writers a lot of say about how the book is dressed. We started with three different sketches for the central image, and everyone from the design team to the editors to my agent—and me!—weighed in on what we thought worked best. That’s very unusual in the publishing world.

Do I have to choose just one? I’m excited to see what Marie Lu has done with the Mozart kids in The Kingdom of Back. Claire Beams’s first novel, The Illness Lesson, is at the top of my bedside stack now. For nonfiction, I’ll continue the trend with Sarah Ramey’s Lady’s Handbook for Her Mysterious Illness: She spent years hearing various doctors tell her that her illness was all in her head and she should get over it. Many women have had a similar experience (yes, much more often than men); the myth of female hysteria endures. It is said to be “darkly funny” as well.

One favorite of the year didn’t come out in 2019, but that’s when I read it: The Turnaway Girls, by Hayley Chewins—an eerie, dark, lushly cruel and beautiful world rendered in dazzling prose. And Rory Power’s Wilder Girls, which is from 2019.

I’m working on two projects now. One takes a step into the Dark Ages in a French town where I lived for a year, Poitiers. There’s a legend of a saint and a dragon—Radegonde and the Grand’Goule—that has intrigued me for a very long time (not autobiographical). And the other is about growing up during the Cold War in the town where the atomic bomb was invented (slightly autobiographical). People who live in Los Alamos make jokes about glowing in the dark and being high on the list of targets for foreign attack; there’s a sort of pride in all of that. But I used to be terrified.

Yes—thank you very much for hosting me!

Still to be discovered? I can wiggle my ears independently. And maybe I do glow in the dark; I’ll have to check.

Yes! Very much. The world has woken up to the climate crisis, and I hope we’re all doing our parts. I am focusing on wild animal rescue and habitat protection, with three nonprofit organizations I particularly admire and support: the Sheldrick Wildlife Trust, International Animal Rescue, and Oceana, which is working to protect large areas of the world’s oceans and the fragile animals who live there.

By “support” I mean giving financial donations, yes, and also writing letters and signing petitions. There are also small ways of trying to help directly, such as planting flowers for bees to find (and hoping the deer don’t eat them all first, a problem around my house).

Is there hope for the planet as we know it? Only if we have faith first. I’m trying.