Author Chat with Stephanie Marie Thornton (American Princess), Plus Giveaway! ~ (US Only) Read on for more about Stephanie, an interview, plus an giveaway! 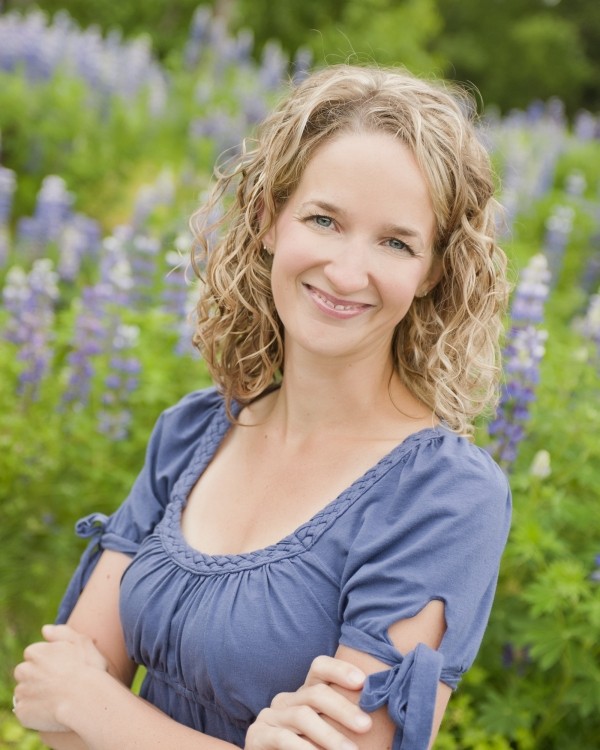 Stephanie Marie Thornton is a high school history teacher and lives in Alaska with her husband and daughter. 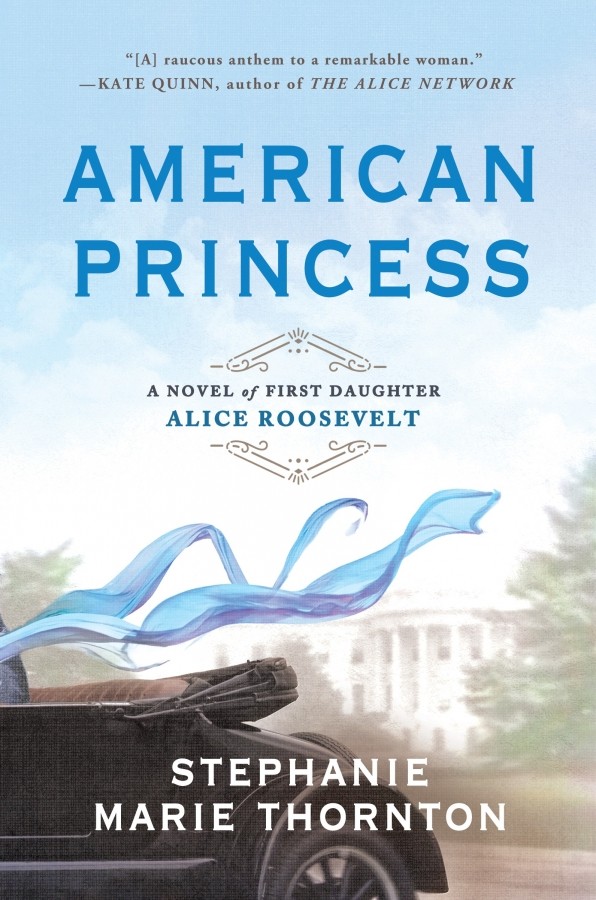 Alice may be the president's daughter, but she's nobody's darling. As bold as her signature color Alice Blue, the gum-chewing, cigarette-smoking, poker-playing First Daughter discovers that the only way for a woman to stand out in Washington is to make waves--oceans of them. With the canny sophistication of the savviest politician on the Hill, Alice uses her celebrity to her advantage, testing the limits of her power and the seductive thrill of political entanglements.

But Washington, DC is rife with heartaches and betrayals, and when Alice falls hard for a smooth-talking congressman it will take everything this rebel has to emerge triumphant and claim her place as an American icon. As Alice soldiers through the devastation of two world wars and brazens out a cutting feud with her famous Roosevelt cousins, it's no wonder everyone in the capital refers to her as the Other Washington Monument--and Alice intends to outlast them all.

I love Alice’s sass—she dares to say every snarky comment that’s on the tip of everyone elses’ tongues—but I also truly loved writing Theodore Roosevelt. He’s my favorite       president and the #2 person on the list of historical figures I’d like to have dinner with. (Pharaoh Hatshepsut of Egypt is #1.) Getting to write both of them was a writer’s dream come true!

The novel came first, but then AMERICAN PRINCESS just fit perfectly. After all, during her father’s time in office, Alice Roosevelt was often referred to by the press as Princess Alice. In a country without royalty, she’s about as close as we’ve come!

To never give up. I know it sounds cliché, but I almost did give up after writing my first   novel and watching it be rejected time and time again. Fortunately, I’m incredibly     stubborn and—after throwing myself several pity parties—I persevered to see that book    published. Even now, I’ll be tearing my hair out over a problematic scene or tangled plot, but I know that things will eventually work out if I just keep chipping away, word by word.

I think the scarf in the breeze perfectly captures Alice’s zest for life. And of course, it’s in the perfect shade of Alice Blue!

I actually just gobbled up THE WINTER OF THE WITCH by Elizabeth Arden—I’d been waiting for that one since last year after reading the other two books in her THE BEAR AND THE NIGHTINGALE trilogy. And I can’t wait to read RIBBONS OF SCARLET, a collaborative novel about the women of the French Revolution written by Kate Quinn, Heather Webb, Stephanie Dray, Sophie Perinot, Laura Kamoie, and Eliza Knight.

My next novel, AND THEY CALLED IT CAMELOT, is an intimate retelling of the life of Jacqueline Kennedy.

I definitely prefer revising, especially the later revisions once the plot and characters are   set. It’s a long slog to get to that point!

YABC:    What would you say is your superpower?

Manipulating time! (Okay, maybe I just wish I could do that.) I hope that my stories can whisk readers back in time, but I also have to cram as much as I can into every minute of every day—that’s the only way I can juggle being a writer, teacher, mother, and wife!

Animal shelters. We adopted a kitten that we found injured on the side of the road in Hawaii—the Kauai Humane Society helped us when her leg had to be amputated and now she’s our very own three-legged terror.

Author Of The Week: Chat with Rebecca Ross (Sisters Of Sword & Song), Plus Giveaway! ~ (US Only)

I love books about presidents kids. This sounds really good.

When I click the link, it says Rafflecopter is over?

0
When I click the link, it says Rafflecopter is over? :(
Cancel Update Comment
How to resolve AdBlock issue?
X

Michelle Lynn, Assistant Indie Manager
"Super Cute Illustrations I wasn't expecting a board book when I first saw this, but as soon as I..."
You've Got Dragpms
5.0

Michelle Lynn, Assistant Indie Manager
"An intriguing and twisty book. The story: Callie is just a girl who loves to surf...."

Michelle Lynn, Assistant Indie Manager
"What a ride! The story: Tempest is our fierce heroine who wants nothing more than to become the..."