Author Chat with Sharon Cameron (Bluebird), Plus Giveaway! ~ (US Only) Today we are chatting with Sharon Cameron, author of

Read on for more about Sharon, her book, and a giveaway! 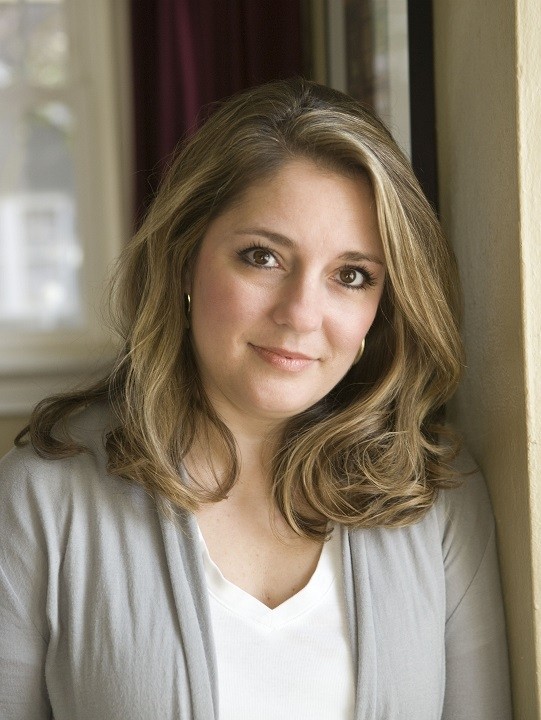 Sharon Cameron's debut novel The Dark Unwinding was awarded the Society of Children's Book Writers and Illustrators' Sue Alexander Award for Most Promising New Work and the SCBWI Crystal Kite Award, and was named a YALSA Best Fiction for Young Adults selection. Sharon is also the author of its sequel, A Spark Unseen; Rook, which was selected as an Indiebound Indie Next List Top Ten selection, a YALSA Best Fiction for Young Adults selection, and a Parents' Choice gold medalist; and The Forgetting, a #1 New York Times bestseller and an Indie Next Pick of the List selection, and its companion novel, The Knowing. She lives with her family in Nashville, Tennessee, and you can visit her online at sharoncameronbooks.com. 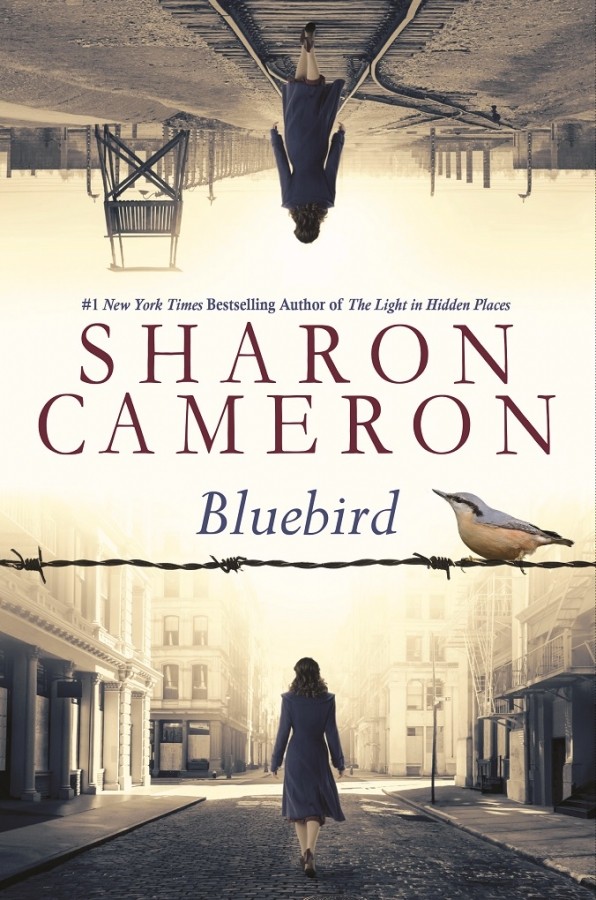 Author of Reese's Book Club YA Pick The Light in Hidden Places, Sharon Cameron, delivers an emotionally gripping and utterly immersive thriller, perfect for fans of Ruta Sepetys's Salt to the Sea.

In 1946, Eva leaves behind the rubble of Berlin for the streets of New York City, stepping from the fiery aftermath of one war into another, far colder one, where power is more important than principles, and lies are more plentiful than the truth. Eva holds the key to a deadly secret: Project Bluebird -- a horrific experiment of the concentration camps, capable of tipping the balance of world power. Both the Americans and the Soviets want Bluebird, and it is something that neither should ever be allowed to possess.

Critically acclaimed author of The Light in Hidden Places, Sharon Cameron, weaves a taut and affecting thriller ripe with intrigue and romance in this alternately chilling and poignant portrait of the personal betrayals, terrifying injustices, and deadly secrets that seethe beneath the surface in the aftermath of World War II.

BLUEBIRD came from two pieces of American history that sat side by side in 1946: One inspiring, one shocking, and both of them forgotten. The first was Powell House, a diverse, multi-religious program run by Quakers from a Manhattan mansion whose aim was to welcome refugees of war to America in an atmosphere of unconditional love. The program was so far ahead of its time in terms of social justice that I had to do deep research just to believe it was real. The second piece of history was Project Bluebird, a top-secret CIA experiment to split the personality and take control of the human mind, all with the aim of creating the perfect, unwitting spies and assassins. These experiments were performed on unconsenting American citizens using methods straight from the concentration camps, and, I believe, our government was paying Nazi war criminals to do them. That these two programs, so little known and so opposite in every way, could happen simultaneously in the same society was utterly fascinating. And for me, of course, sparked a novel.

What a hard question to answer! But I can say that I had an absolute ball writing the character of Jake, the smooth-talking, jazz-loving Jewish boy who has the extreme misfortune of falling in love with a former Nazi. The more I got to know him, Jake became not only witty and self-assured, he became deep. Conflicted and nuanced. Just my kind of guy.

YABC:   Which character gave you the most trouble when writing?

The Doctor, by far. The Doctor has strong, deeply held, deeply misguided beliefs that lead him to the most unspeakable acts. I have read so many essays by men like the Doctor, listened to trial testimonies, and hours of oral histories from both family members and victims. I understand the words and I understand the beliefs. And I will never understand how the logic of such beliefs can lead intelligent, creative, and educated people so very, very far away from their own humanity.

The story of BLUEBIRD is a delicate balance between bright light and the deepest dark, and I love how the mirror image on the cover perfectly reflects how one life can contain both.

YABC:   Which part of the writing process do you enjoy more: Drafting or revising?

Is it wrong to say neither? Writing for me comes down to one, flashpoint moment where I suddenly realize that the work I’m doing really and truly is a book. And that moment can happen anytime in the process, from inspiration to research, to synopsis and tentative first pages, from sketchy draft to a full-blown, ready to give to my editor revision. Every moment before that flash of light is a little tortured. Every moment after is magical.

The more books I write and publish, the more I have to keep re-learning the lesson I seemed to know so naturally the very first time I put a creative word on a screen: To follow my heart and my instincts. When you first start writing, this is all you can do. Later, there are layers of expectation from readers, publishing, and from the market that can so easily pull the work to one side or the other. When I go back to what I always knew at the beginning, I re-find my center and I remember my voice. And I think that’s essential.

YABC:   What advice would you give to new writers?

Be familiar with the market, but prioritize craft. Read it. Study it. Practice it. When you discover the craft, that’s when others are able to hear what you want them to hear: your heart and your voice. The market will take care of itself.

One more World War II novel, this one about art forgers and baby smugglers in Amsterdam. And I’ve already had my “it’s a book!” lightning flash, so it’s a journey down the magic road from here.

Everything Sharon writes is beautiful. I have a feeling this book will be no exception. Can't wait to read it!