Author Chat with Shamim Sarif (The Shadow Mission) Plus Giveaway! ~ (US/Canada Only) Today we're excited to chat with Shamim Sarif author of

Read on for more about Shamim and her book, plus a giveaway! 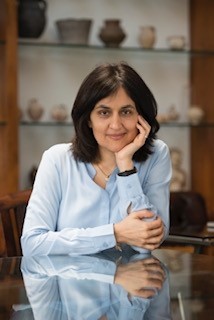 Shamim Sarif is an award-winning novelist, screenwriter and director for film and TV. THE SHADOW MISSION is book 2 of her first YA series, THE ATHENA PROTOCOL, which is being adapted for TV.  She lives in London with her wife, Hanan, and their two sons.  Visit her online at www.shamimsarif.com [shamimsarif.com]. 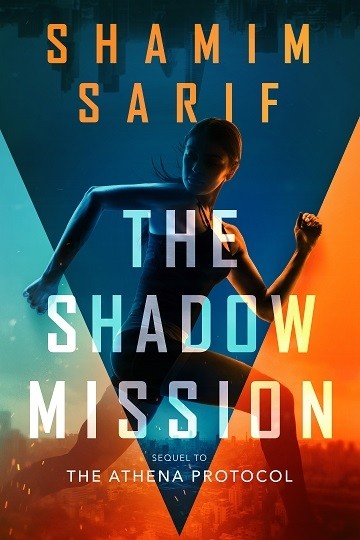 Jessie Archer faced down death to prove her dedication to Athena, the elite organization of female spies she works for. Now she’s back on the team, in time to head to Pakistan to take down the man whose actions spurred Athena’s founders to create the secretive squad.

But his connections spread farther than anyone knew, and when a girls’ school in Mumbai is bombed, a shadowy far-right organization reveals itself—and its evil plans to continue attacks.

When someone close to the investigation turns on Athena, Jessie knows that their time to save everyone is nearly up. Once again, she’ll have to risk everything to protect the vulnerable and prove herself.

The Shadow Mission is the second in a series that began last year with The Athena Protocol (though you don’t need to have read that one). The characters are women who want to make difference in the world, specifically to help women and children – those who often get left behind and fall through the cracks.

The most important part of writing to me is telling a good story driven by characters you want to spend time with. But beyond that, I also always want to give a voice to people who are traditionally underserved in story-telling.

The Shadow Mission is about a series of attacks on schools in India that aim to keep girls as young as 13 out of child marriages. I think that a lack of access to education is something that keeps young women and girls dependent on their fathers and husbands, in many parts of the world. So this was a meaningful mission for me to send Jessie and her teammates on, for their next adventure.

Tough question! All three of the young agents have such different personalities. But I will go with Jessie – she’s incredibly smart and has tremendous skills, from hacking to weapons use, but emotionally she has lots to learn. I love that she is so on top of things in her work as an agent, but much more vulnerable when it comes to love and friendship

One of things I love most about writing (and directing) is that you are always, always learning and improving every day, because there’s no ceiling or limit where you can sit back and say ‘I know everything’. I think I learned over the years how to create characters who are often in conflict, because that’s where the drama is. When I started out, I almost wanted my characters to be perfect people, but I learned (fast!) that it’s more engaging and interesting when they are struggling with how to get through life, the way all of us do from time to time.

I have more ideas for the Athena team, but I’m also developing a slate of projects for TV and film, so I am staying very busy with writing. Right now, I’m in Canada directing a film for a TV network. I love that no two days in my life are quite the same!

I am partnering with Village Roadshow and Gran Via (Breaking Bad, Better Call Saul) to develop a series for TV/streaming from The Athena Protocol and The Shadow Mission. It’s been exciting to think about how the stories and characters can evolve and deepen over an arc of 10 hours per series. I’ve been able to expand the scope outside of Jessie’s point of view – for example to look more at how Caitlin’s PTSD after her military service affects her home life and the missions that Athena runs, and whether Hala might have a hidden life that nobody in Athena knows about. That’s hinted at in the books, but it’s great to explore it in more depth.

Without revealing any spoilers, towards the end of The Shadow Mission, a character makes a big sacrifice that will cost a lot. In the middle of a tense action countdown, I had to find a way to take a breath and create a very emotional moment – that was a juggling act that took a few tries to make work. But I hope it’s the kind of scene that stays with you after the book is over.

I love both. Can you tell I’m a Libra?! There’s a thrill to drafting – to creating that first version of a whole new world, character, scene or emotion. But it’s definitely more daunting and sometimes painful. Revising is always an easier prospect, just because there’s something on the page to start with.

My books have a strong social justice theme, so it was important to me to give back. I’ve teamed with an amazing organisation called Headwaters Relief, and when people order either book through the Amazon and Indiebound links on my website, I give them a donation.

Headwaters helps with disaster relief on the ground in the US and all over the world, as well as pro-education and anti-trafficking initiatives.

We’ve worked closely together to the point where they produced a story book for young children that picked up on the human trafficking themes in The Athena Protocol, and they were able to reach tens of thousands of kids in Nepal who are at risk. For The Shadow Mission, they are looking at doing a book about education for girls, to tie in with the plot themes there.

I feel very blessed to be working with their team!

Looks great, adding to my wishlist!

What an amazing cover! Can't wait to read!