Author Chat with Samuel Miller (Redemption Prep), Plus Giveaway! ~ (US Only) Today we're excited to chat with Samuel Miller author of

Read on for more about Samuel and his book, plus an giveaway. 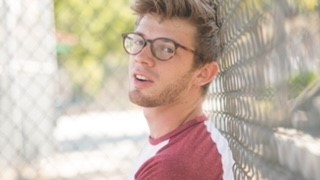 Samuel Miller, the author of A Lite Too Bright, was born and raised in Vermillion, South Dakota, and now resides in Los Angeles where, in addition to writing, he directs music videos and coaches little-league baseball. He began writing his first novel while on tour in a fifteen-passenger van with the rock band Paradise Fears. Currently, he attends graduate school at the University of Southern California. 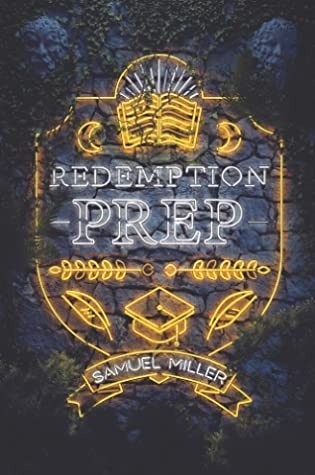 Everyone knows Emma. Neesha’s her best friend, Aiden’s her basketball star boyfriend, and Evan’s her shadow, following Emma’s every move. She stands out, which is hard to do at Redemption Prep, a school where every student has been handpicked to attend its remote campus in the forest of Utah. So when she goes missing in plain sight, everyone notices. And everyone becomes a suspect, especially at a school with strict rules: Don’t skip mass. Don’t break curfew. Don’t go into the woods.

Emma’s disappearance ignites an investigation, and Neesha, Aiden, and Evan all want to find her—for different reasons. But they each have their own secrets to hide, and not everyone wants Emma to be found.

As the search continues, the students realize that they’re not the only ones trying to hide something. Redemption Prep has secrets, too—secrets bigger than any of the students could have imagined, and Emma could be the key to finding out the truth… if anyone can find her.

I had stumbled across an article in the newspaper about the male coach of a high school girls soccer team. He’d been fired for “inappropriate conduct” relating to a team sleepover, because he was texting the girls throughout the night and giving them instructions and challenges to accomplish, some of which bordered on hazing. But his dismissal tore the team apart because while some girls felt he deserved to be fired, others were very against it.

Mmm, probably Emmalynn, the one who goes missing, because, as I constantly had to remind myself, the myths of people are often easier to love that the reality of them— & she gets mythologized like crazy after she goes missing.

The title!! From the formation of the idea, I knew I wanted to code some of the school’s history into its name, & ‘Redemption Preparatory Academy’ ended up driving a lot of how I thought about the school.

I’m constantly trying to teach myself to read more. I imagine this will be a lifelong quest. Times when I’m reading a lot, I’m learning a lot, I feel better, I write more. Moments where I’m struggling to work, it’s often because I’m forcing too much output with not enough input. I wish I’d built better habits when I was younger

It has become two piles, but we’re starting to cut into it. ‘Sapiens,’ ‘Everybody Sees the Ants,’ ‘Spectacular Now,’ ‘Flights,’ & ‘Someone Who Will Love You in all Your Damaged Glory,’ a book I bought because it’s my favorite title of all time.

So many! There, There by Tommy Orange has been the one I talk about the most, and I’ve probably recommended it to a hundred people in the last few months. More recently, I really enjoyed ‘Trick Mirror’ by Jia Tolentino & ‘This is How You Lose the Time War’ by Amal El-Mohtar and Max Gladstone is one for the ages.

I’m working on a few projects in the film & TV space, as well as developing a third YA mystery novel, this one by far the most ambitious!

There’s a character who has experienced quite a bit of trauma and passes an emotional attachment onto a person who he doesn’t know, which results in a really unhealthy obsession. That’s challenging, because I want to have empathy for the kid— I want to have empathy for everybody— but his behavior crosses the line a lot. I had to fight both the instinct to punish him too severely, or let him off the hook too easily, & ultimately, be okay with the fact that justice comes in a lot of forms.

Drafting, usually, but I will say — there is no feeling on Earth like when you’re lost in your 10th draft, & all of a sudden, you discover something you’ve been missing that solves like ten of your problems at the same time. In everything I’ve ever written, there has been a moment where adding a character— or more often, subtracting / combining characters— has a ripple effect that all of a sudden feels like it’s revising the book for you.

Do we have a ‘I can eat snack foods at incredible speeds’ super hero? Because if not I call that one.

Many! My Friends Place is a day shelter helping with youth homelessness in my local community, in a lot of really creative ways, so we’ve been trying to raise some money to help with their COVID-19 response systems.

Author Chat with Mariko Turk (The Other Side Of Perfect), Plus Giveaway! ~ (US Only)

This book sounds so good!

Added to my goodreads

I like the cover and secrets and mysteries are fun to read about.

0
I like the cover and secrets and mysteries are fun to read about.
Cancel Update Comment
How to resolve AdBlock issue?
X