Author Chat with Sam J Miller (Destroy All Monsters), Plus Giveaway! ~ (US Only) Read on for more about Sam, plus an interview and an giveaway! 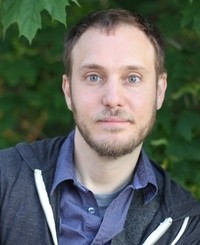 Sam J. Miller lives in New York City now, but grew up in a small town in upstate New York. He is the last in a long line of butchers. In no particular order, he has also been a film critic, a grocery bagger, a secretary, a painter’s assistant and model, and the guitarist in a punk rock band. He is the winner of the 2018 Andre Norton Award for his YA debut novel, The Art of Starving . His fiction has been nominated for the Nebula Award and the Theodore Sturgeon Award, was long-listed for the Hugo Award, and has won the Shirley Jackson Award. He’s a graduate of the Clarion Writers Workshop and the author of the adult fiction novel Blackfish City . His husband is a nurse practitioner and is way smarter and handsomer than Sam. Visit Sam online at www.samjmiller.com. 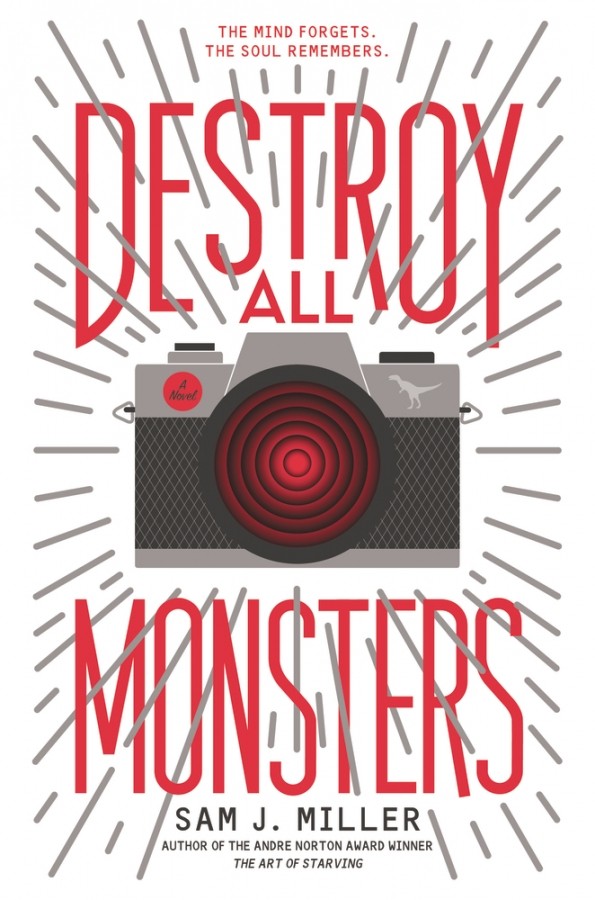 Solomon and Ash both experienced a traumatic event when they were twelve.

Ash lost all memory of that event when she fell from Solomon’s treehouse. Since then, Solomon has retreated further and further into a world he seems to have created in his own mind. One that insulates him from reality, but crawls with foes and monsters . . . in both animal and human form.

As Solomon slips further into the place he calls Darkside, Ash realizes her only chance to free her best friend from his pain is to recall exactly what happened that day in his backyard and face the truth—together.

Fearless and profound, Sam J. Miller’s follow up to his award-winning debut novel, The Art of Starving, spins an intimate and impactful tale that will linger with readers.

I've always wanted to write a story that was set in two separate worlds, half gritty contemporary and half fantasy novel, because I love both those genres and the different kinds of fun you can have with each! DESTROY ALL MONSTERS was born the way lots of my stuff is born - the characters walked up to me and introduced themselves and then slapped me around until I did what they wanted me to do. In this case it was a pair of troubled teens, best friends, from different worlds, and it seemed like the perfect opportunity to finally a story set in two very different genres - and have those worlds collide in wild and crazy ways.
I'd say Solomon - I'll always love my sad troubled gay boys trying their hardest to survive a world hell-bent on destroying them!
I can't tell you, because it involves a spoiler, but it did cause my editor to use the phrase "tyrannosaurus ex machina" in her edit letter, which felt like a huge win (or at least a very awesome punk rock band name). But I did fix it so hopefully the tyrannosaurus feels a little less ex machina now.  You'll know it when you get there....
While I've gotten tons of great advice over the years, the real game changer came in 2012 when I had the good fortune to be able to study under Holly Black and Cassandra Clare at the Clarion Science Fiction and Fantasy Workshop, and they impressed upon us that you can do WHATEVER YOU WANT in Young Adult. People think it's gotta be nice and safe and obscenity-free for kids, but that's nonsense, and Holly and Cassie showed us tons of brilliant books that did risky dark messed-up stuff. Without that, I'd never have had the courage to write the sick twisted story of my own teenage struggle with an eating disorder, in my first book THE ART OF STARVING - or this OTHER twisted tale, DESTROY ALL MONSTERS.
The little dinosaur hidden on the camera!! But really I love all of it.
Randy Ribay's PATRON SAINTS OF NOTHING rocked my world so hard. I think it's the best YA of 2019, and I say that as someone who HAS a YA coming out in 2019, lol.
I'm trying to make some time to write more short stories!! I love novels, but short stories are also fun, and sometimes it's hard to make time for both. Folks can check out my website to read a ton of my published stories for free: samjmiller.com/stories
Being queer is a superpower!! It gives me super-powered vision - so I can see exactly how messed up the world is - and superhuman sensitivity to great art - and it filled my life with other superheroes, my LGBTQIA chosen family. I thank God every day that she made me gay.
For queer folks, it can be hard as hell to find healthcare providers who really understand them and their needs and can give them appropriate care - but it's also a matter of life and death. For fifty years, the Callen-Lorde Community Health Center has done incredible work providing loving safe supportive health care to the most marginalized communities in NYC - LGBTQIA folks, especially youth, but also homeless folks and immigrants and people with AIDS and low income people of color. There's a great short video about their work here (narrated by Whoopi Goldberg!) - folks should check it out and support them in whatever financial way they're able - and if they're a queer person in or near NYC who's having a hard time finding doctors who love and value and support them, they should go check out Callen Lorde.