Read on for more about Robin and her book plus an giveaway! 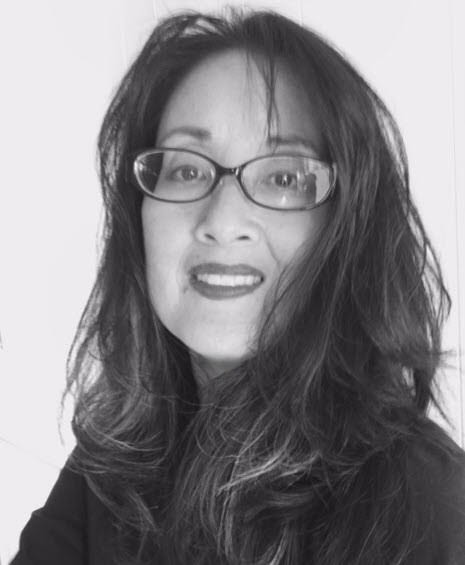 Robin Elizabeth Kobayashi is a native Californian who has lived in both Los Angeles and San Francisco. When she was twelve, she used to haunt the public library where they had a section of books called “Classic Fiction”. She made it her goal to read all of these books, starting with the A’s (Alcott, Austen), then the B’s (Brontë), but she got stuck on the D’s, because Dickens’ books were just so l-o-o-o-n-g in length. She never did finish her reading challenge. She never did understand Pride and Prejudice at the time; that would come much later. Fast forward several decades. After reading a gazillion books, she never thought she had a story to tell. Until one day she began to write about a half-Portuguese half-British girl living in the Regency era. That novel, I, Sofia-Elisabete, Love Child of Colonel Fitzwilliam: A Perfect World in the Moon, received a starred review from Kirkus Reviews which also selected the novel as an Indie Best Books of the Month (August 2018). During the day, she works as a senior legal writer and editor for a leading global publisher. 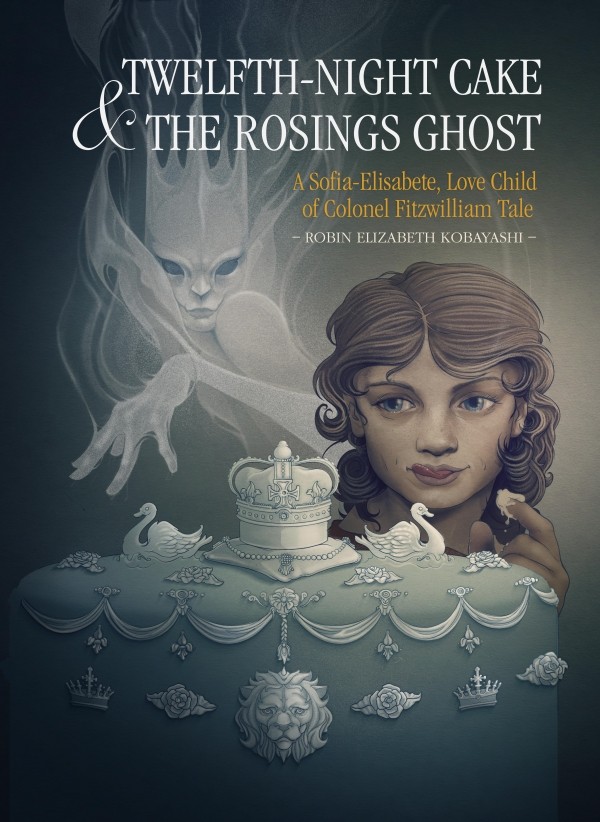 In this Christmas novella set in the year 1818, a plucky little girl must contend with a mischievous ghost at Rosings, an English manor-house.

Colonel Fitzwilliam and his eight-year-old daughter, Sofia-Elisabete, pass a winter’s month at Rosings, the estate of his aunt, Lady Catherine. There, the Colonel must help his illegitimate child, who is half-British, half-Portuguese, navigate the prejudices of their world as his outspoken daughter clashes with the imperious Lady Catherine.

One evening, on the first day of Christmas, they hear the tale of the mysterious Rosings Ghost who, centuries ago, vexed the inhabitants of Rosings during the twelve days of Christmas. The next morning strange things begin to happen. Why has the Rosings Ghost returned now? Why does a furious Lady Catherine blame Sofia-Elisabete for all of the ghost’s pranks?

Will our girl hero Sofia-Elisabete, with the help of her father, uncover the real secret of the Rosings Ghost and put an end to its tricks?
Amazon * B & N * Kobo
~ Author Chat ~

After I launched my main novel, I, Sofia-Elisabete, Love Child of Colonel Fitzwilliam: A Perfect World in the Moon, earlier this year, I knew I wasn’t finished with those characters. I wanted to know what happened to them. I began to imagine how the bold and outspoken Sofia-Elisabete would clash with the bold and outspoken Lady Catherine from Pride and Prejudice. And all this clashing would take place during the Christmas season, a time of peace and goodwill to all people.

The main character Sofia-Elisabete rules my heart. She has faced so many obstacles in her short life, beginning with poverty and abandonment and now prejudice and rejection. She’s a little girl with no friends her own age, given her status as a love-child and the lowly origins of her natural mother, not to mention the color of her skin (from being half-Portuguese) and her Catholic faith, when Catholicism was not tolerated much in England during the Regency Era. She never gives up hope, though. She’s strong-willed and sensitive, sparkly and mischievous, brave and inquisitive. And her hero of a father guides her and comforts her.

Part of the title – Rosings Ghost – came first. It popped into my head one day – I don’t know why. I realized then I would have to write a ghost story and I had no idea how to go about it. I like to scare myself as a writer. Thankfully, I found a great website that explained the basic elements of a good ghost story, and so I followed their advice.

The ghost story narrated by Sofia-Elisabete’s grandfather, Lord Matlock, was challenging and fun to write. There’s so much technique involved to tell a good ghost story while trying to stay historically accurate. I read a lot of Gothic horror stories before I attempted to write something that blended Gothic elements with a bit of humor. Since the child in my story is only eight years old, I didn’t want to frighten her too much.

I’ve learned to write from the heart and to dig deep; otherwise, the story and characters end up being flat. I want my characters to leap off the page and into my readers’ hearts and minds.

I must admit I love all three elements in it: the scary ghost, the mischievous little girl and the fantastic Twelfth-Night cake. I am fortunate to have found a great illustrator, Bruno Vergauwen, who understands my character and the stories that I write.

The most intense emotional scene in the novella for me was the reunion of Sofia-Elisabete with her beloved stepmother, Aggie Fitzwilliam. I must’ve revised that scene a hundred million times to get it right from a child’s point of view, to convey a child’s keen desire to go home and to be coddled once again by a loving mother.

I’m currently revising two more YA historical novellas about Sofia-Elisabete as a child. In one novella, she befriends a troubled school-boy who is a misfit like her and who betrays her in a big way. In the other novella, where she meets her half-brother, a charming three-year-old, she is seized with jealous-girl disease.  I’m also drafting and researching a YA historical romance involving a fifteen-year-old Sofia-Elisabete, where I will incorporate elements of magical realism.

Giveaway: All Our Hidden Gifts (Caroline O'Donoghue) ~ (US Only)

Giveaway: The Secret Starling (Judith Eagle) ~ (US Only)

Author Chat with Rebekah Crane (Only The Pretty Lies), Plus Giveaway! ~ (US Only)

Author Chat with Sophie Jordan (Sixteen Scandals), Plus Giveaway! ~ (US Only)

The cover is great and I am interested in the storyline. Good luck with your novel.

0
The cover is great and I am interested in the storyline. Good luck with your novel.
Cancel Update Comment

The cover is cute and the synopsis sounds like a great ghost story.

This cover is so beautiful and the book sounds good.

0
This cover is so beautiful and the book sounds good.
Cancel Update Comment

For YA geared towards tweens and teens, the cover and synopsis are great. My twin tweens would enjoy this read.

0
For YA geared towards tweens and teens, the cover and synopsis are great. My twin tweens would enjoy this read.
Cancel Update Comment
How to resolve AdBlock issue?
X