Author Chat with Rivka Galchen (Rat Rule 79), Plus Giveaway! ~ (US Only) Today we're excited to chat with Rivka Galchen author of

Read on for more about Rivka and her book, plus an giveaway! 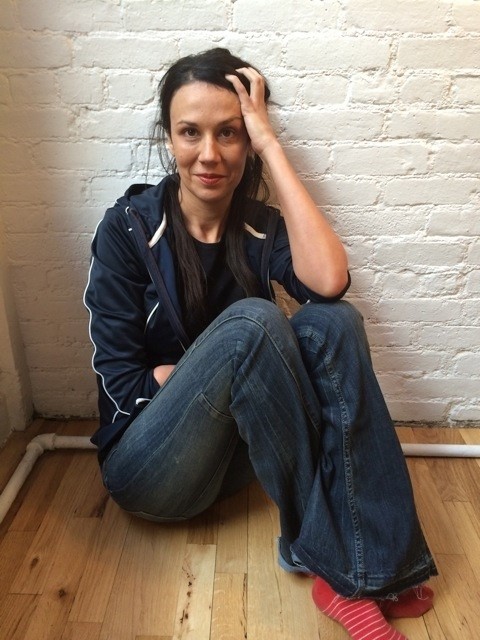 Rivka Galchen is an award winning fiction writer and journalist who loves noodles and numbers and modest-sized towns where her dad might have worked. Her work appears often in The New Yorker, Harper’s, The London Review of Books and The New York Times. She is the author of three books: Atmospheric Disturbances (Novel, FSG, 2008), American Innovations (Short Stories, FSG 2014) and Little Labors (Essays, New Directions, 2016). She has received numerous prizes and fellowships, including a Guggenheim Fellowship, a Rona Jaffe Fellowship, The Berlin Prize and The William J Saroyan International Prize in Fiction. In 2010, she was named to The New Yorker’s list of 20 Writers Under 40. Galchen also holds an MD from Mount Sinai School of Medicine. Rat Rule 79 is her first book for young readers.

Elena Megalos was raised in the City of Angels. When she was twelve-going-on-thirteen she dreamed of writing the cookie fortunes for her beloved neighborhood Chinese restaurant, The Unicorn. That, or illustrating a book for children. This is her first one. See more work at elenamegalos.com [elenamegalos.com]. 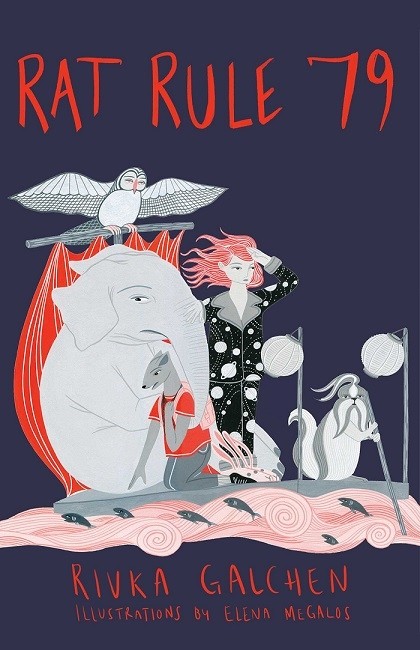 Fred and her math-teacher mom are always on the move, and Fred is getting sick of it. She’s about to have yet another birthday in a new place without friends. On the eve of turning thirteen, Fred sees something strange in the living room: her mother, dressed for a party, standing in front of an enormous paper lantern—which she steps into and disappears.

Fred follows her and finds herself in the Land of Impossibility—a loopily illogical place where time is outlawed, words carry dire consequences, and her unlikely allies are a depressed white elephant and a pugnacious mongoose mother of seventeen. With her new friends, Fred sets off in search of her mom, braving dungeons, Insult Fish, Fearsome Ferlings, and a mad Rat Queen. To succeed, the trio must find the solution to an ageless riddle.

Gorgeously illustrated and reminiscent of The Phantom Tollbooth and The Wonderful Wizard of Oz, Rivka Galchen’s Rat Rule 79 is an instant classic for curious readers of all ages.

I had a dream! It seemed that everyone I loved was staring into the glowing light of their screens at night. Sometimes that felt spooky, even as, in another view, they were each wandering into a portal to another world--that doesn't have to be bad. Either way, I had a dream with everyone in my family staring into this enormous white lantern that took up most of the living room. That was how it started, sort of. Also I was straightforwardly inspired by how the children in my life think.

I love Downer the Elephant. He needs the love the most, so that's probably why I love him the most.

Both! The novel came first, but the idea that there would be absurd rules that were impossible to follow--that it would be illegal to get older--was also there from the beginning.

I love court scenes because I love listening to people argue--even the most sensible-seeming people start to make no sense. In this book, the court scene brings out the best in some of the characters who had previously behaved the worst--including the Rat Queen--and so I also like the court scene for the way it changes the characters.

Writing should be fun. If you had no fun writing the words, they will be lifeless.

The sea looks like it's made out of noodles--I love that.

I've been waiting for the next instalment in Luke Pearson's Hilda series for awhile--Hilda and the Mountain King. When we last left her, Hilda had turned into a troll!

The Mushroom Fan Club by Elise Gravel. Who doesn't want to meet and understand more mushrooms?