Author Chat with Rena Barron (Kingdom Of Souls), Plus Giveaway! ~ (US Only) Today we're excited to chat with Rena Barron author of

Read on for more about Rena her book, plus an giveaway!

Rena Barron grew up in small-town Alabama, where stories of magic and adventure sparked her imagination. After penning her first awful poem in middle school, she graduated to writing short stories and novels by high school. Rena has an affinity for good cheese, wine, and nature. When she’s not writing, she can be found reading or brushing up on her French. Find her online @renathedreamer or at renabarron.com [renabarron.com]. 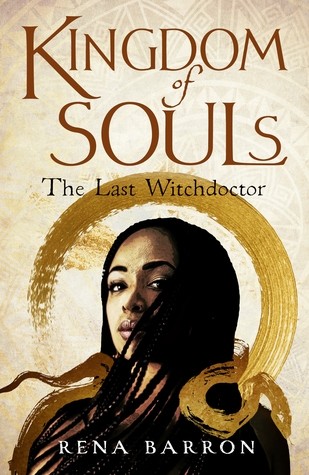 Magic has a price—if you’re willing to pay.

The lush world building of Children of Blood and Bone meets the sweeping scale of Strange the Dreamer in this captivating epic YA fantasy debut.

Born into a family of powerful witchdoctors, Arrah yearns for magic of her own. But each year she fails to call forth her ancestral powers, while her ambitious mother watches with growing disapproval.

There’s only one thing Arrah hasn’t tried, a deadly last resort: trading years of her own life for scraps of magic. Until the Kingdom’s children begin to disappear, and Arrah is desperate to find the culprit.

She uncovers something worse. The long-imprisoned Demon King is stirring. And if he rises, his hunger for souls will bring the world to its knees… unless Arrah pays the price for the magic to stop him.

Inspired by tales of folk magic in her own community, Rena Barron spins a darkly magical tale perfect for fans of Three Dark Crowns or Shadow and Bone, about a girl caught between gods, monsters, and her own mother’s schemes.

The story was inspired by tales of people in my community who practiced voodoo and the stigma around the tradition. Although it was always talked about in a negative light, I found myself drawn to it. It was both scary and fascinating. In a sense, Kingdom Of Souls is my exploration of my coming to terms with how those tales shaped my perception of my family’s West African roots. YABC:

There’s a scene where Arrah is attending the Blood Moon Festival, which is a ceremony to call down the god of the tribal lands to request that he bestows his magic upon the people. You get a snapshot of each tribe and their magical prowess, but it’s also a tense scene. Arrah is desperate for magic and hopes that this will be her year. Although she leaves the ceremony disappointed that her magic hasn’t come, the moment sets the story in movement.

The important thing that improved my writing was reading widely, which allowed me to study storytelling techniques that transcended genre. There’s always some common threads that we can learn as we read that can help us practice our craft. I also learned that people can give you feedback on something that isn’t working in your story, but they can’t necessarily tell you how to fix it. It’s up to the author to untangle the threads of what’s not working and put them back together in a satisfying way.

I love that the cover of Kingdom Of Souls incorporates so many elements from the book. The throne, the lion head, the snake, and the bone charm are all important symbols in the story.

Muse of Nightmares by Laini Taylor

I love revising mainly because the premise and story in the first drafts tend to be so rough for me. Revising is really where the magic in writing happens, and the story comes to life.

I’d love to have the power to control the weather like Storm from the X-Men, but I’ll settle for my ability to narrow in on my tasks and block out distractions to get work done. 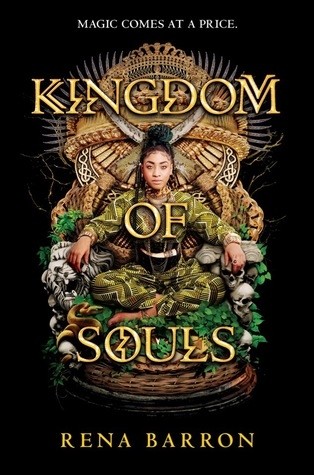