Author Chat with Paula Chase (So Done), Plus Giveaway! Today we're excited to chat with Paula Chase, author of So Done.  Read on for more about Paula and her book, plus a giveaway! 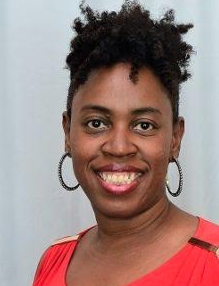 Paula Chase is the author of several books for teens. Before becoming a full-time writer, she worked as a cheerleading coach and in Public Relations for a tech company. She is the cofounder of The Brown Bookshelf, a site designed to increase awareness of African American voices writing for young readers.So Doneis her middle grade debut.
Meet So Done ! 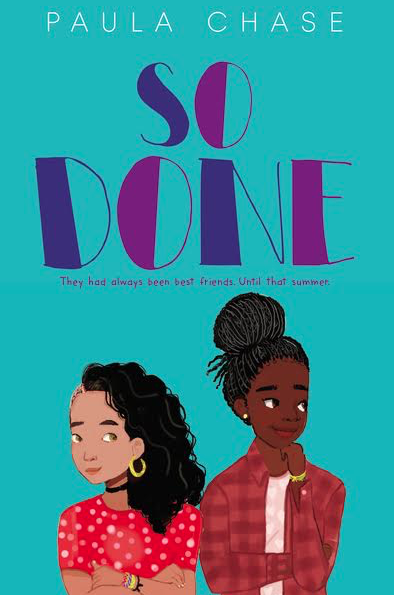 When best friends Tai and Mila are reunited after a summer apart, their friendship threatens to combust from the pressure of secrets, middle school, and the looming dance auditions for a new talented-and-gifted program.

Fans of Renée Watson’s Piecing Me Together will love this memorable story about a complex friendship between two very different African American girls—and the importance of speaking up.

Jamila Phillips and Tai Johnson have been inseparable since they were toddlers, having grown up across the street from each other in Pirates Cove, a low-income housing project. As summer comes to an end, Tai can’t wait for Mila to return from spending a month with her aunt in the suburbs. But both girls are grappling with secrets, and when Mila returns she’s more focused on her upcoming dance auditions than hanging out with Tai.

Paula Chase explores complex issues that affect many young teens, and So Done offers a powerful message about speaking up. Full of ballet, basketball, family, and daily life in Pirates Cove, this memorable novel is for fans of Ali Benjamin’s The Thing About Jellyfish and Jason Reynolds’s Ghost.

A Chat with Paula Chase:

For those that don't know, Mila, the main character in So Done, is the younger sibling of a character from my YA series. Mila makes an appearance in the YA series, at least once maybe twice, so she's always been in the back of my head. As was her neighborhood, an environment that sent her older sister to live with their aunt. I wanted to explore what it must have felt like for Mila to be "left behind." She's thrust into a maternal role for her youngest brother and while she's still the younger sibling of their brother, JJ, she very much becomes the female head of household to him as well. These type of family dynamics exist and we don't often explore the impact it has on the young person who, let's face it, gets penalized for being mature and logical. I wanted to do that while also showing her grapple with typical issues someone her age would.


2.  Who is your favorite character in the book?

Can I say I hate choosing favorites, while also bulldozing ahead to answer this? Metai is my favorite character. She represents the many Black girls who the world has labeled grown without understanding, or even sometimes caring, why they have such a tough exterior. The world needs more empathy. But girls like Tai could especially use more from people on the outside looking in. We write off kids like her too quickly.


3.  Thinking way back to the beginning, what’s the most important thing you've learned as a writer from then to now?

The only thing I can control is what I put on the page. I'm starting to notice too many aspiring writers who want to spend a lot of time talking about writing and not writing. They're worried about promotion, social media presence and other things that will do nothing to get the story finished. Before you're published all you control is what you write. After you're published...same thing. And I'm not saying I didn't do the same thing an ice age ago when I went from aspiring to published. Just hoping more people would believe that none of those things matter if you don't complete a story or two or twenty.

4.  What do you like most about the cover of the book?

It captures the essence of Mila and Tai's friendship. There's this level of resignation in Mila's eyes as she looks off, while Tai is glancing over at her looking both annoyed and weary. She so desperately wants this friendship to be like it used to, not realizing that's the exact opposite of what Mila wants. The artist took the heart of the story and displayed it right on the cover. I love it!

My next book will also come from the world of Pirates Cove. Haven't yet gotten the title approved *fingers crossed* but it will feature Rollie and Simp, friends of Mila and Tai. I have such a heart for the kids in this neighborhood. If the publishing Gods listen, I'll be able to showcase more of their stories. But, I'm also very seriously noodling on an idea for a graphic novel. It's so far out of my comfort zone I feel like I have to do it.

Revising, for sure. Drafting is daunting. Facing the blank page every single day still scares me after being published for 11 years. Drafting, is me holding my breath praying that what's in my head is being conveyed in what I type. Revising is like playing with a puzzle and just making sure the pieces are in the right order. I control that process more...so anyone who knows me understands why I like it better.

7. What would you say is your superpower?

Empathy. I can be really annoyed or even angry with someone and yet still say, in my head, but I understand why they're doing this/coming off this way. And usually I'll adjust accordingly. I believe it's why I'm able to write for young readers. I'm fascinated with how they navigate the world. I always write my characters understanding that there's a reason they make the choices they do. My job is to explore those reasons while also putting the characters through their paces for making the choices they do. But always with empathy. I'm not the "gather round while I teach you this lesson" type of author.

8.  Is there an organization or cause that is close to your heart?

Inclusion in publishing has been the drum I've beat since I became published. It's why I helped start the Brown Bookshelf (www.thebrownbookshelf.com) and it's why I support initiatives like We Need Diverse Books and #ownvoices. If my grandkids don't see themselves regularly reflected in fiction, the world's going to have a problem on their hands with me. For the record, I have no grandkids yet. So the world has time to catch up!

Two winners will receive a copy of So Done  (US only).

Author Of The Week: Anna Jarzab (Breath Like Water), Excerpt, Plus Giveaway! ~ (US Only)

Author Chat with Erica Waters (Ghost Wood Song), Plus Giveaway! ~ (US Only)

Author Chat with Iva-Marie Palmer (Gimme Everything You Got), Plus Giveaway! ~ (US Only)

The cover is amazing and the synopsis sounds awesome!

0
The cover is amazing and the synopsis sounds awesome!
Cancel Update Comment

"What do you think about the cover and the synopsis?" The cover graphics are memorable! Sounds like a good story of friendship!

0
"What do you think about the cover and the synopsis?" The cover graphics are memorable! Sounds like a good story of friendship!
Cancel Update Comment

The cover is cute and the synopsis sounds emotional as I love friendship stories.

0
The cover is cute and the synopsis sounds emotional as I love friendship stories.
Cancel Update Comment

The cover will attract young readers. This age loves to read about relationships. This would be a winner in a YA class.

0
The cover will attract young readers. This age loves to read about relationships. This would be a winner in a YA class.
Cancel Update Comment

The cover is great. I like the expressions on the girls' faces. The story sounds really interesting and realistic.

0
The cover is great. I like the expressions on the girls' faces. The story sounds really interesting and realistic.
Cancel Update Comment

This will be a perfect book for my middle schoolers. The cover is "catchy" and the story is relatable to teens.

0
This will be a perfect book for my middle schoolers. The cover is "catchy" and the story is relatable to teens.
Cancel Update Comment
How to resolve AdBlock issue?
X