Author Chat with Nikki Richard (Demon In The Whitelands), Plus Giveaway! ~ (US Only) Today we're excited to chat with Nikki Richard, author of

Read on for more about Nikki and her book, plus an giveaway! 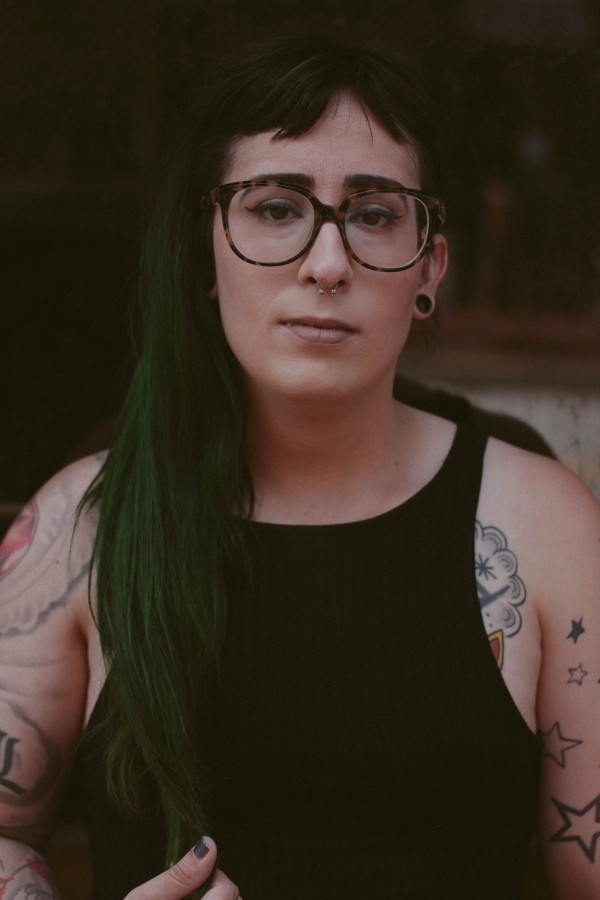 Nikki Richard is a sensitive queer writer with moods and coping mechanisms. An MFA graduate from the University of Baltimore, she lives in the city with her hot wife, amazing daughter, and fluffy cat.

Meet Demon In The Whitelands! 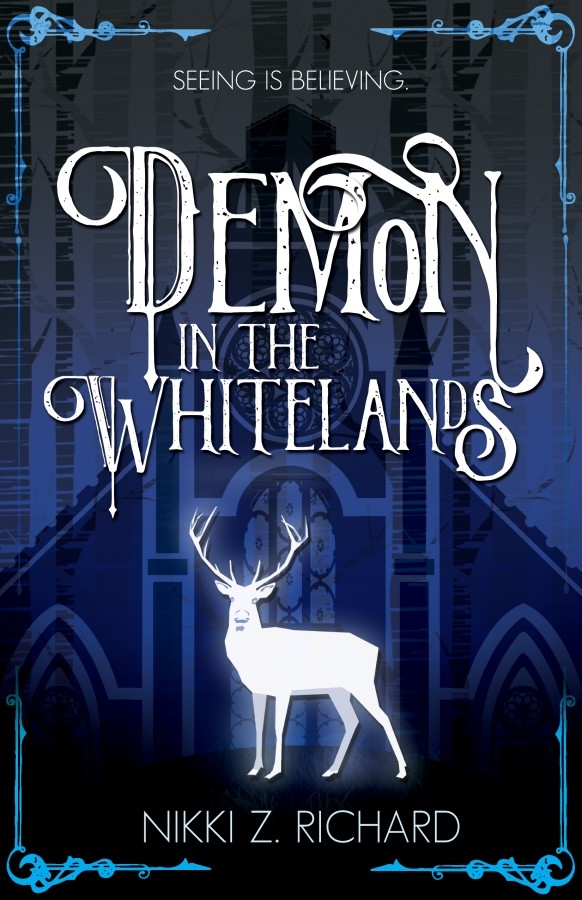 DEMON IN THE WHITELANDS is LET THE RIGHT ONE IN meets INTO THE FOREST, a debut YA novel from Nikki Richard.

Sometimes no matter how hard you try, some things cannot be explained.

Sixteen-year-old Samuel, son of devout cleric, has endured shame and prejudice his entire life. Although he is destined to become clergy too, he longs for an ordinary life in the whitelands away from demons and holy roots.

When the mayor claims to have captured a mute demon girl, Samuel is forced to become her caretaker. But as Samuel gets to know the prisoner, he finds her not to be very demonlike. Instead, she is intelligent, meek, and an exceptional artist. Despite her seeming goodness, some more concerning things cannot be explained. Samuel is hard-pressed to reconcile her uncanny strength and speed, missing arm, ambiguous gender, and the mysterious scars covering most of her body.

Samuel forms a deep attachment to the girl with predator eyes and violent outbursts, against his father’s advice. Their friendship could turn into something more. But when Samuel discovers the mayor’s dark intentions, he must decide whether to risk his own execution by setting her free or watch as the girl is used as a pawn in a dangerous game of oppression, fear, and murder.

I’ve always been fascinated with science fiction and dystopian worlds, which is a great genre if you’re looking to play with themes of religion, power, and gender. My father is an  evangelic minister, and I found myself being connected to a young character/narrator I  imagined.. Like me, Samuel has been raised in a very religious home, and while he sees the good in what his father does, he still struggles to reconcile his father’s beliefs with the ugliness of the world. Throw in a post-apocalyptic setting and a genderless humanoid being, and I guess you have this book.

YABC:  Who is your favorite character in the book?
My favorite character has to be Zei. There’s so much mystery and power around a genderless humanoid being, particularly in a patriarchal society like the Whitelands. Zei is both beautiful and fierce. They are capable of the most brutal acts of violence, and yet can create the most exquisite art. It’s hard not to be obsessed.

YABC:  Which came first, the title or the novel?
I’d been writing and rewriting Demon in the Whitelands several times over before I settled on the title. The novel was originally titled Marks, but my editor and agent encouraged me to brainstorm some other title ideas. I was lucky enough to make one I really liked.

YABC:  What scene in the book are you most proud of, and why?
Early in the novel, there is a scene where Samuel catches and kills a deer caught in a ground snare. Feeling sympathy for the animal, he thinks about Zei, and what it means to be held captive. He also contemplates his own weakness, and wonders if he will ever measure up to his father’s standards. It’s a quiet scene, but (to me) it’s probably one of the most authentic scenes in the novel.

YABC:  Thinking way back to the beginning, what’s the most important thing you've learned as a writer from then to now?
One of the most important things I’ve learned is to keep going. It’s so easy to become overwhelmed, especially in the beginning when there are a million ideas swirling around and not enough hours in the day to write them all down. Expect to write, rewrite, and then  rewrite some more. If you believe in the work that you’re doing, you’ll do whatever it takes  to see it through.

The deer silhouette has to be my favorite part of the cover. It’s a great motif, and like I said earlier, it hints at one of my favorite scenes in the book. It’s also a creepily attractive deer, and I like that.

Red Clocks by Leni Zumas. Similar to Atwood’s The Handmaid’s Tale, Zumas crafts a dystopian society in which the female body is subjugated by a governmental power. In this novel, abortion in the United States is banned, and every embryo the right to life, liberty, and property. I couldn’t put it down. It’s a must-read for any fans of dystopian  feminist literature.

YABC:  What’s up next for you?
My biggest upcoming project is a new-adult queer dystopian novel that’s sort of a hybrid between Octavia Butler’s Parable of the Sower and Naomi Alderman’s The Power. I’m  also working on the sequel to Demon in the Whitelands, which will bring a lot more answers in regards to Zei’s origins.

My superpower is overthinking myself into a spiraling ball of anxiety and unspoken fears. It’s not a really useful power, but I’m pretty sure I’m not the only one out there.

One winner will receive one Month9Book eBook of choice and 1 Starbucks gift card! ~ (US Only)