Today we're excited to chat with Nancy Richardson Fischer, author of When Elephants Fly .  Read on for more about Nancy and her book, plus a giveaway! 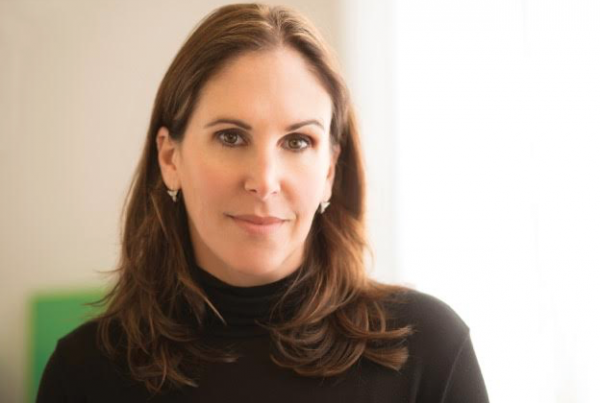 Nancy Richardson Fischer is a graduate of Cornell University, a published author with children's, teen and adult titles to her credit, including Star Wars titles for Lucas Film and numerous athlete autobiographies, such as Julie Krone, Bela Karolyi and Monica Seles. She lives in the Pacific Northwest. 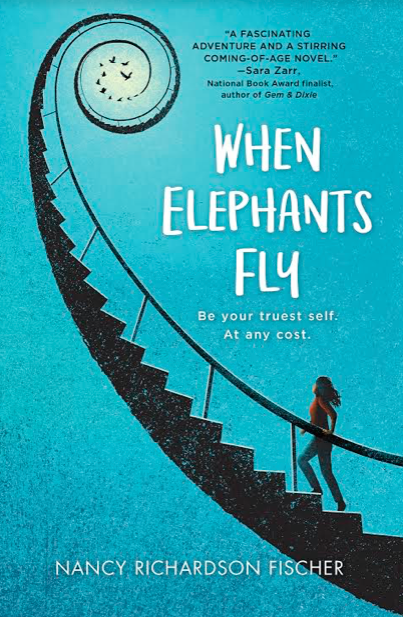 T. Lillian Decker is a high school senior with a twelve-year plan: avoid stress, drugs, alcohol and boyfriends, and take regular psych quizzes administered by her best friend, Sawyer, to make sure she’s not developing schizophrenia.

Genetics are not on Lily’s side. When she was seven, her mother, who had paranoid schizophrenia, tried to kill her. And a secret has revealed that Lily’s odds are even worse than she thought. Still, there’s a chance to avoid triggering the mental health condition, if Lily can live a careful life from ages eighteen to thirty, when schizophrenia most commonly manifests.

But when a newspaper internship results in Lily witnessing a mother elephant try to kill her three-week-old calf, Swifty, Lily can’t abandon the story or the calf. With Swifty in danger of dying from grief, Lily must choose whether to risk everything, including her sanity and a first love, on a desperate road trip to save the calf’s life, perhaps finding her own version of freedom along the way.

A Chat with Nancy Richardson Fischer:

There were two inspirations for When Elephants Fly. The first was a dear friend, Bee, whose mother has a mental health condition. Bee grew up with a lot of uncertainty and the fear that she, too, might end up like her mom. Instead of letting that fear stop her, she chose to attend college, pursue her dreams, and eventually married and had a child. Her ability to live in the moment, despite her worries, was admirable and made me think about all the obstacles that stand in the way of growth, and the courage it takes to overcome them. I wanted to write a story about how important it is to fully live, when possible, despite physical, emotional, or mental health challenges, and the courage it takes to survive and thrive.

The second inspiration for When Elephants Fly was my first job. I was a traveling writer for Ringling Bros. and Barnum & Bailey Circus. I wrote stories about the incredible performers, many of who passed their skills at trapeze and high wire down generations. But I also witnessed wild animals in captivity and promised myself that if there was ever an opportunity to shine a light on their plight, I’d take it. My hope is that When Elephants Fly encourages readers to get involved in protecting animals, and especially elephants, both in the wild and those in circuses. One in four elephants alive in 2007 have been killed. There are only about 450,000 African and 40,000 Asian elephants left in the wild. Elephants face extinction in the next twenty years unless humans intervene!

On the human front, I’d have to say T. Lillian Decker is my favorite. She’s been dealt a tough genetic hand, and she’s still willing to risk her freedom, sanity and first love on a desperate road trip to save an elephant calf’s life. Lily is brave, smart, funny and overflowing with empathy. On the animal front, my favorite, while I love Flea the dog, is my elephant calf, Swift Jones (nicknamed Swifty). Elephants love deeply, care for each member of their herd and feel despair. They are magnificent, complex beings.

Definitely the novel! I am pretty terrible at coming up with titles. Thankfully the team at HarperCollins/Harlequin TEEN are great at them!.

I love the scene where Otis is swimming in the ocean with Tambor the elephant. The bond between the two is lightning in a bottle—pure magic. It also shows how beautiful and caring the relationship between humans and elephants can be.

Perseverance. I had some early successes writing sport autobiographies and Star Wars books, but then there was a LONG, dry spell. I kept writing, trying, and had a TON of rejections. Some writers hit their stride early, some later. Regardless, it takes putting your butt in the chair and never giving up.

My next book is tentatively titled, Pigeon (HarperCollins/Inkyard Press October 2019). I’m pretty sure that title will change;-) but here’s a synopsis:

There are four reasons Danny barely knows her dad. First, her mom hates the guy. Second, her dad is Cougar Warren, famous TV survivalist. Third, Cougar wanted a son, hence her name. Fourth, Danny is an embarrassment. Her dad is athletic, charismatic, and handsome. Danny stinks at sports, has few friends, and bears the nickname Pigeon for the way she moved her head as a kid after losing one eye.

For her 17th birthday, Cougar finally invites Danny to be part of a TV episode featuring Gus Price, a popular teen actor. Danny’s mom forbids it, but an unearthed secret leads Danny to defy her. She joins Cougar for what she hopes will be the start of a real father-daughter relationship. But when their small plane crashes in the jungles of Peru leaving most of the film crew dead, Danny, Cougar, and Gus must work together to survive their injuries and the jungle’s perils. Their ordeal shatters Danny’s perception of her parents, illuminates her unique skills, and teaches her that falling for Gus requires its own kind of bravery.

7. Which was the most difficult or emotional scene to narrate?

In When Elephants Fly the most difficult scenes to narrate are the ones where the elephants are abused. I can’t even watch a movie where an animal is hurt! So it was really hard for me to write about what happens to Swifty, my elephant calf, when her mother violently rejects her and later when she’s abused at Wild Walkers Circus. But those scenes were important for my protagonist Lily’s growth and motivation. They’re also important because shining a light on the abuses of wild animals in captivity and motivating my readers to care and join the fight to protect elephants is a huge personal goal.

8. Which character gave you the most trouble when writing your book?

I wouldn’t say any gave me trouble, but I was most concerned about Lily. While When Elephants Fly isn’t really a book about schizophrenia as much as it’s about the idea that we all have threats and obstacles, big or small, that impede our growth, schizophrenia was the vehicle I chose to help tell the story. It was very important to me that I portrayed mental health conditions with sensitivity, caring, and empathy. I spent time researching schizophrenia, talking to professionals and also people who either have mental health conditions, or family members who have helped loved ones, to make sure that I treated the subject matter with the utmost care.

9. What would you say is your superpower?

I support the incredibly important work of Space for Giants (https://spaceforgiants.org/) an organization battling for a secure future for elephants and their landscapes forever, and Reteti Elephant Sactuary (https://www.retetielephants.org/), the first community owned elephant sanctuary in Northern Kenya that works to rescue and release orphaned and abandoned elephant calves while creating jobs for the local people who live beside them.

11. Is there anything that you would like to add?

Lily’s journey throughout When Elephants Fly is to learn how to live in the moment. We all have fears and obstacles that threaten, and many times do, overwhelm us. Sometimes it’s impossible to embrace the moment. But whenever you can? Grab onto it! The moment is all any of us truly can count on. Find something or someone that matters deeply to you and do everything in your power to support the people, animals, or causes you love. Please be kind to the people around you who are battling mental health conditions. Realize they’re struggling. Help when you can. And if you have a mental health condition, please know that there is always hope. Ask for help when you need it. That isn’t a cop-out, it’s an act of bravery.

One winner will receive a finished copy of When Elephants Fly (US only).