Read on for more info about Nadine, an interview, and an excerpt! 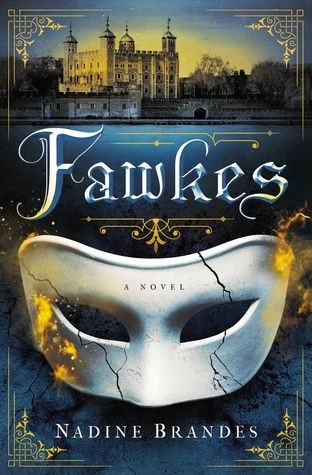 Thomas Fawkes is turning to stone, and the only cure to the Stone Plague is to join his father’s plot to assassinate the king of England.

Silent wars leave the most carnage. The wars that are never declared, but are carried out in dark alleys with masks and hidden knives. Wars where color power alters the natural rhythm of 17th century London. And when the king calls for peace, no one listens until he finally calls for death.

But what if death finds him first?

Keepers think the Igniters caused the plague. Igniters think the Keepers did. But all Thomas knows is that the Stone Plague infecting his eye is spreading. And if he doesn’t do something soon, he’ll be a lifeless statue. So when his Keeper father, Guy Fawkes, invites him to join the Gunpowder Plot—claiming it will put an end to the plague—Thomas is in.

The plan: use 36 barrels of gunpowder to blow up the Igniter King.

The problem: Doing so will destroy the family of the girl Thomas loves. But backing out of the plot will send his father and the other plotters to the gallows. To save one, Thomas will lose the other.

No matter Thomas’s choice, one thing is clear: once the decision is made and the color masks have been put on, there’s no turning back. 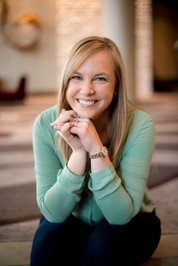 I am an adventurer, fusing authentic faith with bold imagination. I never received my Hogwarts letter, but rest assured I’m no Muggle (and would have been in Ravenclaw House, thank you very much.) This Harry Potter super-nerd has been known to eat an entire package of Oreos (family-size) by herself, and watches Fiddler on the Roof at least once a year. I write about brave living, finding purpose, and other worlds soaked in imagination. My dystopian trilogy (The Out of Time Series) challenged me to pursue shalom, which is now my favorite word (followed closely by bumbershoot.) When I’m not taste-testing a new chai or editing fantasy novels, me and my knight-in-shining armor (nickname: “hubby”) are out pursuing adventures.

YABC:  What gave you the inspiration to write this book?
Fawkes arose from the idea that every event has two (and sometimes three or four!) sides to the story—especially history. When I lived in York, England, I learned about Guy Fawkes and how some people view him as a hero and others view him as a terrorist. I knew I had to tell his story because there is so much richness in being willing to hear both sides and discern truth in the midst of them. I wanted to put myself in the same room as the plotters and the uprisings of 17th century London and tell both stories.

You would think it would be my main character, Thomas but….it’s totally Emma. She’s a girl with secrets and talents living in a world that doesn’t really like those sorts of girls. I love how strong and fearless and determined to tackle injustice she is. She’s hardcore and I basically want to be her.

Probably the ending. When I started the first draft, I had a completely different ending planned. But as I got to the end, something new and surprising and, well, perfect, just came out. It surprised me and fit the story much better than my original plan. So I guess I’m proud of myself for being flexible and allowing the book to partially write itself at that point.

YABC:  Thinking way back to the beginning, what’s the most important thing you've learned as a writer

Oh goodness. I’ve learned to understand that the drafting process almost always gets harder with each book. Every time I write a new book I’m convinced it’s the worst thing I’ve ever written. But that’s the nature of being a writer and I’ve learned to trust in the editing process. Editing is painful, but it’s also a journey of relief and comfort. Because that’s when your manuscript finally goes from being a blob of incoherent gibberish to a story that has the power to change lives.

ALL THE THINGS! Okay actually, the cracks in the mask. Yes, they look cool and mysterious, but they also have so much significance to the story, some of which the reader might catch. A lot of which is just known to me. I also love that the cover captured the feel of the story—at least, the feel I was going for. It invokes that dark dangerous mystery that the plotters were living in at that time.

This book will have released by the time this interview goes up, but I’m absolutely drooling for MY PLAIN JANE by Cynthia Hand, Jodi Meadows, and Brodi Ashton! I adored MY LADY JANE and the world needs a comical ghost-hunting retelling of Jane Eyre.

Believe it or not, Thomas—the main character in Fawkes. He spends a lot of the book figuring out who he is on his own and even I didn’t nail down his character until after the first draft. But once I did, I was so pleased with how he came out. He’s not your typical male character and I think that’s why I like him so much…he’s imperfect, but willing to grow.

Revising. I struggle with too many doubts when I’m drafting to really like the story. But when I’m revising, I feel like I get to erase the doubts and struggles by tightening up the story. That’s when I watch it turn into something I’m proud of.

Click here for an exclusive extended excerpt of Fawkes!!