Author Chat with Michelle Kenney (City of Dust), Plus Giveaway! Today we're excited to chat with Michelle Kenney, author of City of Dust. Read on for more about Michelle and her book, plus a giveaway! 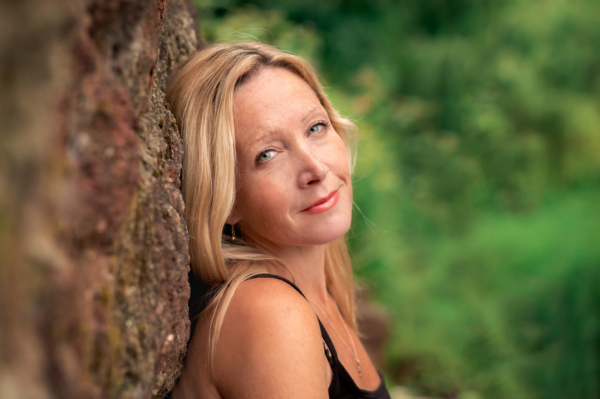 Michelle is a firm believer in magic, and that ancient doorways to other worlds can still be found if we look hard enough. She is also a hopeless scribbleaholic and, when left to her own devices, likes nothing better than to dream up new fantasy worlds in the back of a dog-eared notebook. Doctors say they’re unlikely to find a cure any time soon.In between scribbling, Michelle love reading, running, attempting to play bluegrass and treasure-hunting on deserted beaches with her young dreamers-in-training.Michelle holds a LLB (hons) degree, an APD in Public Relations and is an Accredited Practitioner with the CIPR (with whom she's won awards for Magazine & PR work). But she is definitely happiest, curled up against a rainy window, with her nose in a book. Michelle is represented by Chloe Seager of Northbank Talent Management, and loves chatting all things book-related at https://www.facebook.com/BookofFireMK Twitter: @mkenneypr and Instagram: @michken01. Book of Fire is the first in a new YALit Trilogy by HarperCollins HQ Digital. City of Dust, Book 2,  published 2nd October 2018 (digital) and 13th December 2018 (paperback). Watch this space for news of the final book coming 2019...
Meet Book of Fire! 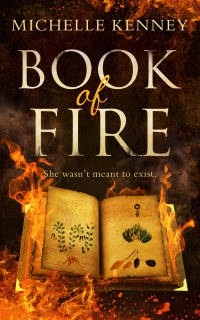 Life outside the domes is not possible. At least that’s what Insiders are told.

An unexpected forest raid forces Talia into a desperate mission to rescue her family while protecting the sacred Book of Arafel from those who would use it as a weapon. As Talia and her life long friend Max enter the  dome, she makes some unexpected discoveries, and allies, in the form of rugged Insider August, that will change the course of her life forever.

She’ll stop at nothing to save her family but will she sacrifice her heart in the process?

The Fire Sermon meets Gladiator in this brilliant YA debut. 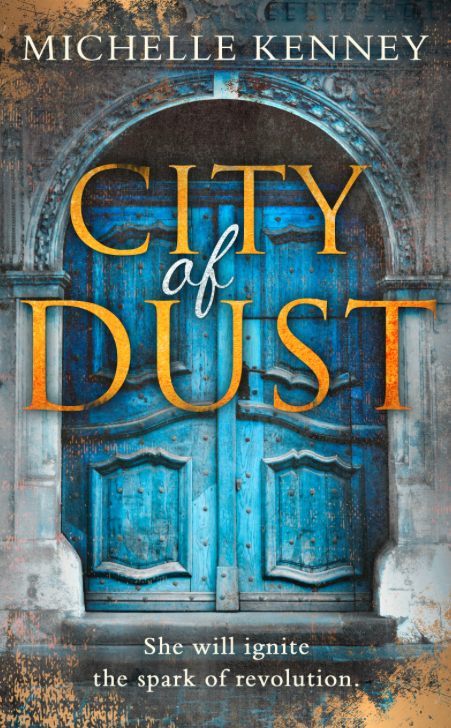 The fight is never over.

Life in Arafel is no longer safe. Not since August’s disappearance, and whispers of a ghost controlling Pantheon.

Betrayal forces Talia to leave the sanctuary of her forest home as she pursues the stolen Book of Arafel. A book which could destroy the freedom of all those she loves if it falls into the wrong hands. And when she  enters the ancient ruined city of Isca, she fights to protect the vulnerable from the iron grip of the Pantheon, while learning to fight for the man she loves.

But with the shadow of the Black Aquila looming ever closer, will she put the freedom of others above her own, or will she follow her heart?This is Michelle Kenney’s thrilling second instalment in the Book of  Fire Trilogy.

Two winners will receive a bundle giveaway of bound copies (or digital - whichever preferred) of both Book of Fire & City of Dust (International).

Dudes, this series sounds legit amazing, and the cover art is gorgeous!XD

I am in love with this cover! The synopsys in amazing. I'm so excited to read it.

0
I am in love with this cover! The synopsys in amazing. I'm so excited to read it.
Cancel Update Comment

The cover is very dramatic. The synopsis is very compelling. Sounds like an amazing series.

0
The cover is very dramatic. The synopsis is very compelling. Sounds like an amazing series.
Cancel Update Comment

The cover is gorgeous and the synopsis sounds exciting. Can't wait to read it.

0
The cover is gorgeous and the synopsis sounds exciting. Can't wait to read it.
Cancel Update Comment

I like the cover and the synopsis sounds exciting.

The cover is beautiful and mysterious. This series sounds amazing.

0
The cover is beautiful and mysterious. This series sounds amazing.
Cancel Update Comment

Such a pretty cover, with great pops of color, the book sounds like a page turner!

0
Such a pretty cover, with great pops of color, the book sounds like a page turner!
Cancel Update Comment
How to resolve AdBlock issue?
X