Author Chat with Michelle Coles (Black Was The Ink), Plus Giveaway! ~ (US Only) Today we are chatting with Michelle Coles, author of

Black Was The Ink!

Read on for more about Michelle, her book, and a giveaway! 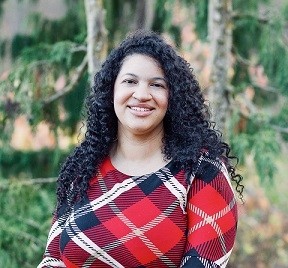 Michelle Coles is a debut novelist, experienced civil rights attorney, and mother of four. As a 9th generation Louisianan, she is highly attuned to the struggles African Americans have faced in overcoming the legacy of slavery and the periods of government-sanctioned discrimination that followed. She is a proud alumna of Howard University School of Law and the University of Virginia. Her goal in writing is to empower young people by educating them about history and giving them the tools to shape their destiny. She lives in Maryland with her family.

Meet Black Was The Ink! 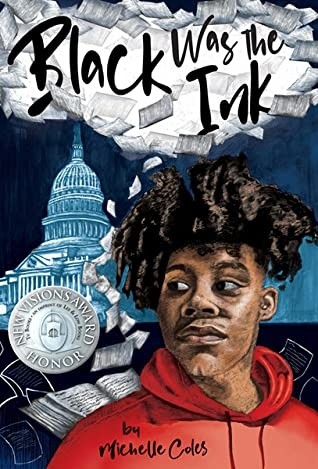 Malcolm Williams hasn't been okay for a while. He's angry and despondent and feels like nothing good ever happens for teens like him in D.C. All he wants is to be left alone in his room for the summer to draw or play video games--but no such luck. With growing violence in his neighborhood, his mother ships him off to his father's family farm in Mississippi, and Malcolm is anything but pleased.

A few days after his arrival, his great-aunt tells him that the State is acquiring the farm to widen a highway. It's not news Malcolm is concerned about, but someone plans to make it his concern. One minute Malcolm is drawing in the farmhouse attic, and the next he's looking through the eyes of his ancestor Cedric Johnson in 1866.

As Cedric, Malcolm meets the real-life Black statesmen who fought for change during the Reconstruction era: Hiram Revels, Robert Smalls, and other leaders who made American history. But even after witnessing their bravery, Malcolm's faith in his own future remains shaky, particularly since he knows that the gains these statesmen made were almost immediately stripped away. If those great men couldn't completely succeed, why should he try?

Malcolm must decide which path to take. Can Cedric's experiences help him construct a better future? Or will he resign himself to resentments and defeat?

“Black Was the Ink” was inspired by the Mother Emanuel massacre that took place in Charleston, South Carolina on June 17, 2015. At the time of the massacre, I was on maternity leave, and I struggled with how to prepare my infant son to enter a world filled with so much inexplicable hatred towards people who look like him. I was surprised to learn that Denmark Vesey, the leader of one of the largest attempted slave rebellions, founded the congregation that became the Mother Emanuel Church, and Pastor Richard ‘Daddy’ Cain, one of the first Black members of Congress, led the church during Reconstruction. Also, Coretta Scott King led a protest on behalf of striking hospital workers from the church’s steps and was met by bayonet-wielding members of the South Carolina National Guard. Suddenly, the link between slavery, the collapse of Reconstruction, the civil rights movement, and present-day racial injustices crystallized for me, and Black Was the Ink was born.

P.B.S. Pinchback, who became the first African American Governor in the United States in 1872 and was also slated to be the second African American U.S. Senator, although he was never seated. He was born free to a formerly enslaved mother and her master in Macon, Ga, in 1837 and was allowed to receive an education. After his father died, his mother took him to the free state of Ohio, fearful that his father’s relatives would try to enslave him. At a young age, he went from a relatively privileged existence to being responsible for his family’s wellbeing. To make ends meet, he worked on riverboats as a cabin boy, where he was exposed to a much rougher element, but on account of his wit and guile, still managed to accomplish so much in life. He was a very fun character to bring to life.

I like the skepticism in Malcolm’s eyes while looking back at the U.S. Capitol as if he’s contemplating what America means to him and what he means to America.

As a civil rights attorney, I plan to keep writing stories that help people understand and contextualize present-day injustices and highlight overlooked stories from across the African diaspora.

I don’t want to give away any spoilers, but it was definitely when Malcolm found out what happened to his ancestor, Cedric.

Honestly, I could see all of the characters pretty clearly, but because my protagonist, Malcolm embodied his ancestor, Cedric, in the past, it was probably most challenging to write Malcolm as Cedric and keep an authentic present-day teenage voice in the 1870s. But that was also fun.

Seeing the best in people and discovering what we have in common. I’m that person that strikes up a conversation with a stranger in the grocery store aisle and leaves with a new best friend.

All organizations that fight for people’s civil and human rights are near and dear to my heart. The NAACP Legal Defense Fund is probably my favorite because of its role in dismantling segregation and also because of all the ties it has to my law school, Howard University School of Law. Also, my sorority, Delta Sigma Theta Sorority, Inc. I couldn’t even name all of the Deltas who have inspired me, but women like Ida B. Wells, Shirley Chisholm, Mary McLeod Bethune, Marian Wright Edelman, Fannie Lou Hamer, Dorothy Height, Marcia Fudge, Barbara Jordan and Sherrilyn Ifill all helped me believe in my ability to be a changemaker.

Black Was The Ink