Author Chat with Michael Moreci (The Lost Carnival), Excerpt, Plus Giveaway! ~ (US Only) Today we're excited to chat with Micheal Moreci author of

Read on for more about Michael and his book, an excerpt plus an giveaway. 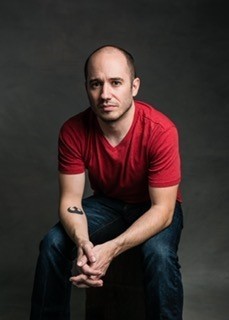 Michael Moreci is a comics author and novelist. His original comics series include Wasted Space, Curse, Hoax Hunters, The Plot, and Roche Limit, which Paste Magazine dubbed one of the 50 best sci-fi comics of all time. Moreci has also written canonical comics for Star Wars, Battlestar Galactica, Archie, and Planet of the Apes. His debut novel, Black Star Renegades—a space adventure in the spirit of Star Wars—was released in 2018 and nominated for an Audie Award; it was followed by a sequel, We Are Mayhem. 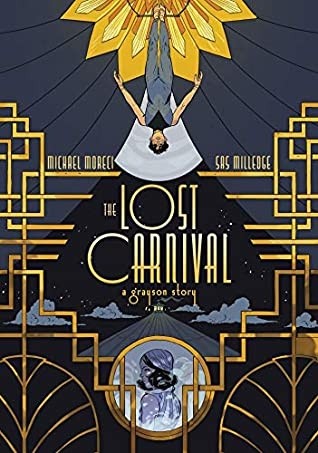 Before Batman trained him to be Robin, Dick Grayson discovered the power of young love--and its staggering costs--at the dangerous, magical, and utterly irresistible Lost Carnival.

Haly's traveling circus no longer has the allure of its glamorous past, but it still has one main attraction: the Flying Graysons, a family of trapeze artists starring a teenage Dick Grayson. The only problem is that Dick loathes spending his summers performing tired routines for a dwindling crowd.

When the Lost Carnival, a wild and enchanting new attraction, opens nearby and threatens to pull Haly's remaining customers, Dick is among those drawn to its magical nighttime glow. But there are forces ancient and dangerous at work at the Lost Carnival, and when Dick meets the mysterious Luciana and her carnival workers--each stranger than the last--he may be too mesmerized to recognize the danger ahead.

Beneath the carnival's dazzling fireworks, Dick must decide who he is and who he wants to be--choosing between loyalty to his family history and a glittering future with new friends and romance. Writer Michael Moreci and artist Sas Milledge redefine Dick Grayson in The Lost Carnival, a young adult graphic novel exploring the power and magic of young love.

It's funny, because I went in loving Dick the most, but I think his friend, Willow, turned out to be my favorite.

Probably the lesson to let your characters guide you as much as the plot. I tend to be a heavy plot and ideas writer, so it was a nice change to step back and let the characters inform how the story was going to take shape.

All of it! That's one of the most beautiful covers that has ever graced my work. I love that Gatsby-esque, romantic feel. It couldn't be more perfect for this story.

When things come back, I have a new Star Wars comic series coming out, Clone Wars: Battle Tales, and I'm writing the relaunch of the all-ages line at IDW, Star Wars Adventures. I actually just sold my first movie, and I'm scripting that, and I'm neck-deep in my next novel, a YA horror book.

Probably Dick's stuff with his parents, especially knowing what happens to them. As a parent, those were emotionally challenging scenes to write.

I'd say Luciana. She's such a wonderfully complex character with a rich history, and it was hard to give her the layers she deserved in the story. She was a great character to write – she's smart, brave and strong, but I wanted to give her depth beyond all of that, even.

Children's hospital charities, particularly Lurie's Hospital here in Chicago. As a parent and a sibling of someone with tremendous health issues, there's little more important to me than supporting parents and families – and children – dealing with illness. 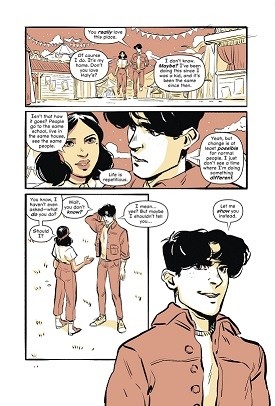 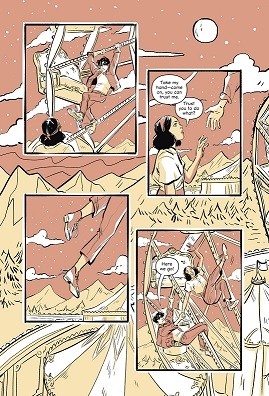 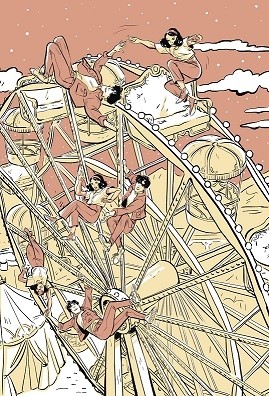 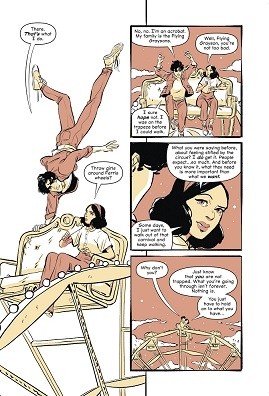 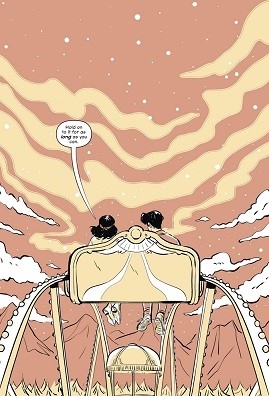 This book looks awesome, love these YA graphic novels from DC.

I've been wanting to read this one since it was first announced.

0
I've been wanting to read this one since it was first announced.
Cancel Update Comment

The cover is very cool and glam. This book sounds amazing!

0
The cover is very cool and glam. This book sounds amazing!
Cancel Update Comment
How to resolve AdBlock issue?
X