Author Chat with MG Hennessey (The Echo Park Castaways), Plus Giveaway! ~ (US Only) Today we're excited to chat with MG Hennessey author of

Read on for more about MG, plus an interview and an giveaway! 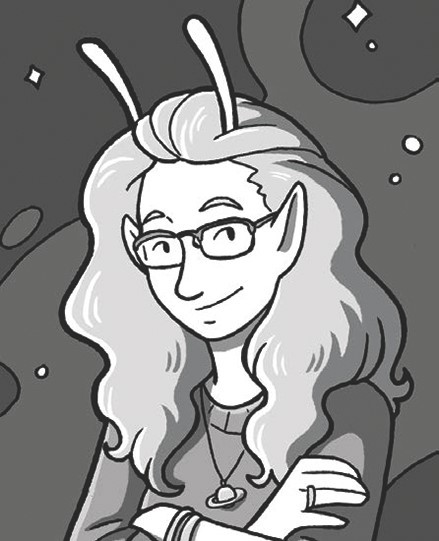 USA TODAY bestselling author Olivia Wildenstein grew up in New York City, the daughter of a French father with a great sense of humor, and a Swedish mother whom she speaks to at least three times a day. She chose Brown University to complete her undergraduate studies and earned a bachelor’s in comparative literature. After designing jewelry for a few years, Wildenstein traded in her tools for a laptop computer and a very comfortable chair. This line of work made more sense, considering her college degree. 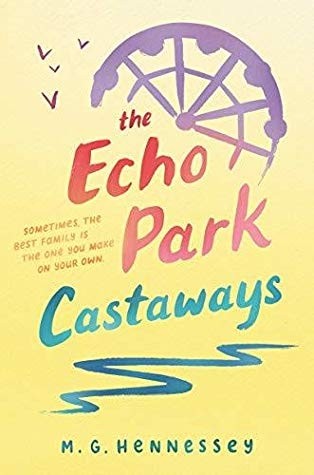 From the author of The Other Boy comes a poignant and heartfelt novel that explores what it means to be a family. Perfect for fans of Counting by 7s.

Nevaeh, Vic, and Mara are veterans of the Los Angeles foster care system. For over a year they’ve been staying with Mrs. K in Echo Park. Vic spends most of his time living in a dream world, Mara barely speaks, and Nevaeh is forced to act as a back-up parent. Though their situation isn’t ideal, it’s still their best home yet.

Then Child Protective Services places Quentin in the house, and everything is turned upside down. Nevaeh really can’t handle watching over anyone else, especially a boy on the autism spectrum. Meanwhile, Quentin is having trouble adjusting and attempts to run away.

So when Vic realizes Quentin just wants to see his mom again, he plans an “epic quest” to reunite them. It could result in the foster siblings getting sent to different group homes. But isn’t family always worth the risk?

I serve as an advocate in the Los Angeles foster care system, and my experiences working with those kids inspired the novel. I realized during my training that there was so much about foster care that I didn’t know, and so many ways in which it could be improved. All of the characters are composites of real cases, and their foster home experiences are also, sadly, far too common. I think that by shining a light on the system, and humanizing the people who are trapped in it, maybe we can eventually affect some change.

I can’t choose between my babies, I love them all! Vic and Quentin are both so sweet, and so funny (frequently unintentionally so, at least on their part). Nevaeh is such a survivor, I admire her so much. And although Mara is the only one without a direct POV in the book, she really serves as the story’s conscience and moral compass; she’s also frequently the engine that nudges the plot forward, although the other characters don’t always realize it.

Honestly, they came kind of simultaneously. My original title was “The Epic Quest of the Echo Park Castaways,” but my editor thought that was too long :)

Even if you only write a page a day, by the end of a year you’ll have a book.

I really, really love this cover. I love the colors, the font...everything. It’s rare to receive that cover jpg and have no complaints, but honestly, I didn’t- I think the designer did a phenomenal job with it.

I adored Abdi Nazemian’s recent release “Like A Love Story.” I think he’s a fabulous writer, and as someone who recently became OBSESSED with the TV show Pose, this book serves as a perfect companion to it since they both deal with the same era and place (NYC in the late 80s, during the rise of the AIDS crisis).

Quentin was tricky, because I needed to show that his relatively mild autism had become much more severe as a reaction to an emotional trauma. So I spoke to a lot of parents of kids with varying degrees of autism about their experiences. It was really important to make sure that his behavior wouldn’t be too extreme or atypical. We had a sensitivity reader who was the parent of an autistic child, and they were really helpful and also appreciative of Quentin’s depiction in the story, so hopefully I got it right!

Can I say neither? Jk. The truth is, it really depends on the book. When the writing is really flowing, I prefer that. When it feels like I’m slogging through quicksand in my first draft, I’d much rather be editing. The one trick I’ve learned, though, is to NEVER try to do both simultaneously. At least for me, I have to finish the entire first draft before I go back to edit a single word (consequently, my rough drafts are SERIOUSLY rough, total hot messes).

Insomnia? Is that a superpower? No? Because I am truly amazing at not getting enough sleep.

CASA is a national organization that trains advocates for foster children, and they’re always looking for donations and new recruits! Really, just a few hours a month of your time can literally change the life of a child. If you want to have an impact on homelessness, mass incarceration rates, and teen pregnancy, volunteering as a CASA is a great place to start, since far too many foster kids end up in one or more of those situations within five years of aging out of the system.