Author Chat with Melissa Sarno (A Swirl Of Ocean), Plus Giveaway! ~ (US Only) Today we're excited to chat with Melissa Samo author of

A Swirl Of Ocean.

Read on for more about Melissa her book, plus an giveaway! 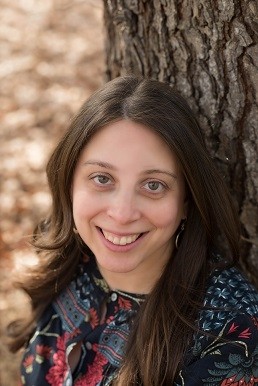 Melissa Sarno is a freelance writer and editor with an MFA in screenwriting. She writes about middle-grade books for Barnes & Noble's B&N Kids Blog and edits YA and children's book reviews for Cleaver magazine. Just Under the Clouds was her debut novel. Read more about her at melissasarno.com [melissasarno.com]. Follow her on Twitter and Instagram at @melissasarno.

Meet A Swirl Of Ocean! 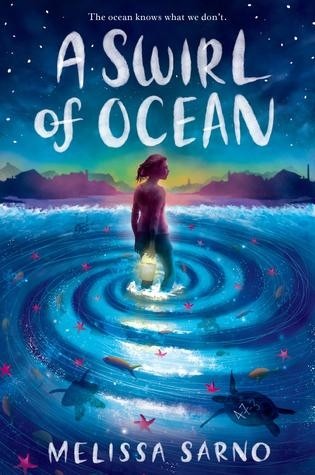 A touching, timeless novel--perfect for fans of Lisa Graff and Lauren Wolk--about a girl who discovers that the ocean is holding secrets she never could have imagined.

Twelve-year-old Summer loves the ocean. The smell, the immensity, the feeling she gets when she dives beneath the surface. She has lived in Barnes Bluff Bay since she was two years old, when Lindy found her on the beach. It's been the two of them ever since. But now, ten years later, Summer feels uncertainty about her place with Lindy and starts to wonder about where she came from. One night, Summer goes for a swim and gets caught in a riptide, swallowing mouthfuls of seawater. And that night, she dreams of a girl. A girl her age living in the same town, but not in the same time. Summer's not persuaded that this girl is real, but something about her feels familiar.

Summer dreams again and again about this girl, Tink, and becomes convinced that she is connected to her past. As she sees Tink struggle with her sister growing away from her and her friends starting to pair off, Summer must come to terms with her own evolving home life and discover how the bonds that make us family can help heal the wounds of the past.

From Melissa Sarno, the author of Just Under the Clouds, comes a new story of discovery, family, and finding where you belong.

Years later I was watching a documentary about the secrets of the ocean and how we can understand and uncover entire histories and civilizations by studying the depths of the ocean floor. It fascinated me that the ocean could “hold” on to a history and I began to wonder what it would be like if we could understand that history in mysterious ways, by making the ocean a part of who we are, too.

My main character, Summer, wants to understand something about her own history. Her own past. And she learns it by capturing ocean water, swallowing it, and dreaming an entire mysterious history that she slowly learns belongs to her.

I love Summer. I love her determination and curiosity. She’s also more outspoken than most characters I’ve written in the past. I wish I were more like her.


YABC:  What scene in the book are you most proud of, and why?

There’s a scene in the novel where Summer and her best friend, Jeremiah, discover starfish washed up on the shore. Summer is worried about these starfish and starts frantically tossing them back in the ocean, so desperate to make sure they get back to where they need to be. Then she learns that they are where they need to be. They come and go with the tides. This scene came to me, so fully formed, I don’t think I ever changed a word from the first draft.


YABC:  Thinking way back to the beginning, what’s the most important thing you've learned as a writer from then to now?

I’m always learning new things as a writer but the most important thing I’ve learned is to give myself the time and space I need to write. That means being patient and respecting the time it takes to tell a good story. It also means carving out time in an already busy schedule to make sure I can read, dream, learn, and grow as an artist. I have to give myself permission to make that investment.

I love the illustration by Leo Nickolls. The colors and mood convey a lot of mystery and intrigue and it perfectly captures Summer’s search to understand her connection to the ocean. My favorite part of the cover is the turtle with the numbers 47-3.


YABC:  What new release book are you looking most forward to in 2019?

I really loved Real Friends, the graphic novel by Shannon Hale and illustrated by LeUyen Pham, so I can’t wait to read the follow-up, Best Friends, which was just released!

I just turned over a draft of a new middle grade novel to my agent and I'm now in the most wonderful stage in a new novel's life: the dreaming stage. There are no guarantees in publishing, so I don't know what will happen to either of them, but they are both about girls and longing and identity, which, I guess, is my writerly jam.


YABC:  Which part of the writing process do you enjoy more: Drafting or Revising?

Facing the blank page is very daunting. I prefer revision. I like having a framework, however rough, and a hint at who the characters are and what they want. I like being able to reshape a story, rather than build it word by word from scratch.

A Swirl Of Ocean