Author Chat with Meaghan McIsaac (The Bear House #1), Plus Giveaway! ~ (US Only) Today we are chatting with Meaghan McIsaac, author of

Read on for more about Meaghan, her book, and a giveaway! 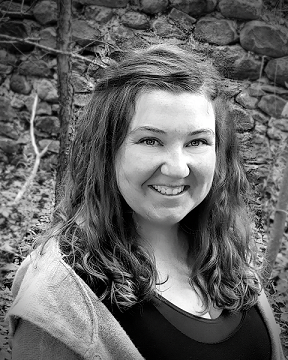 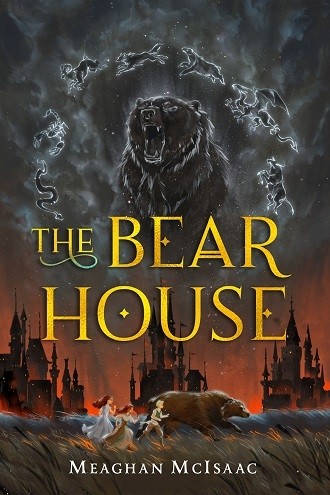 In a gritty medieval world where the ruling houses are based on the constellations, betrayal, intrigue, and a king's murder force the royal sisters of the Bear House on the run! Moody Aster and her spoiled sister Ursula are the daughters of Jasper Lourdes, Major of Bears and lord of all the realm. Rivals, both girls dream of becoming the Bear queen someday, although neither really deserve to, having no particular talent in... well, anything. But when their Uncle Bram murders their father in a bid for the crown, the girls are forced onto the run, along with lowly Dev the Bearkeeper and the Lourdes's half-grown grizzly Alcor, symbol of their house. As a bitter struggle for the throne consumes the kingdom in civil war, the sisters must rely on Dev, the bear cub, and each other to survive--and find wells of courage, cunning, and skill they never knew they had.

My favourite character is probably Aster. She's such a pain - so stubborn and convinced she's always right. But she always wants to do the right thing in the end, even if that means admitting when she's wrong. That push and pull made her complicated and fun to write. But if we mean favourite character as in who would be the most fun to hang out with - Argos the Starhound, no question.

The most important thing I've learned about writing while working on this book is probably: don't be too precious about what I've written. Sometimes you have to throw out a bunch of pages (or chapters) and start again. And that's ok! It's all part of the process.

Oh my goodness, there are so many things I love about this gorgeous cover created by Fiona Hsieh and Holiday House! I love the fiery atmosphere and the castles, and the movement of the characters! But the thing I love most has to be the Hemoth Bear, roaring in the sky. So mighty! Just how a Hemoth Bear should be!

There are a lot of things on my TBR pile right now! I just pre-ordered The Brides of Maracoor by Gregory Maguire which I am really excited about because I am a big Wizard of Oz geek. And I recently brought home Victoria Ying's graphic novel City of Secrets which looks so beautiful.

I'm in the middle of His Majesty's Dragon by Naomi Novik and I am loving it because DRAGONS!

At the moment, I am all consumed by more Highen adventures while I work on the sequel to The Bear House! I also have a secret dream to write and illustrate my own graphic novel someday, so I am working towards that goal. Wish me luck!

There is an audiobook in development! I am so excited to hear it - it's going to be weird hearing someone else pronounce a lot of these names that I've only ever heard inside my head.

The most emotional scene for me to write was between Bernadine and her father, the Minor. He's the bad guy, he's done such terrible things. And here he is explaining to his daughter why he did those things. And she wants so much to understand. She wants so much for him to convince her he had to do these things. If he can't convince her, if she can't understand why he did these terrible things - then what? Does she have to let go of her father forever? He's all she has! So, my heart broke for her in this scene because there was just no good way for the conversation to end. Poor Bernie.

Keep going. Finish the first draft. First chapter. First sentence. And keep going. You got this.

What a gorgeous cover! The book sounds fantastic