Author Chat with Marit Weisenberg (The Insomniacs) Plus Excerpt! Today we're excited to chat with Marit Weisenberg author of

Read on for more about Marit and her book, plus an excerpt! 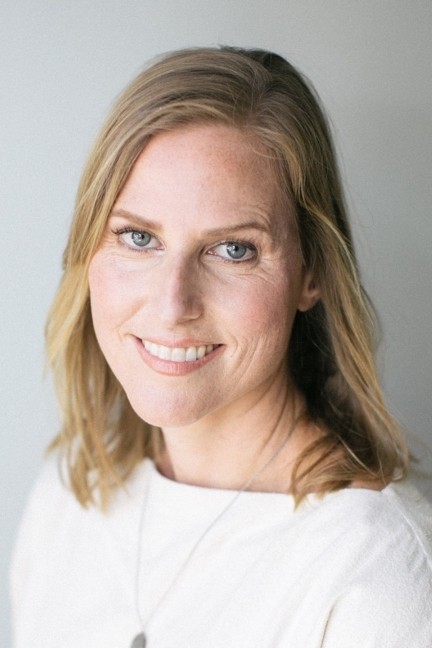 Marit Weisenberg has a master's degree from UCLA in Cinema and Media Studies and worked as a film and television executive for a number of years. She currently lives in Austin, Texas, with her husband and two daughters. Her previous titles include Select and Select Few. 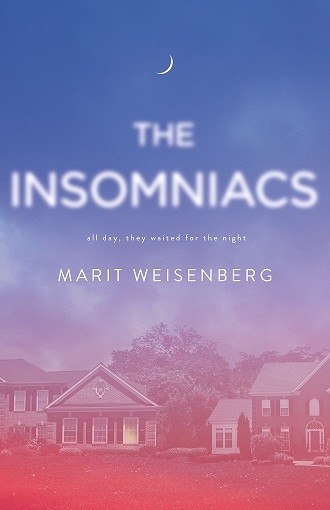 A sharp and romantic novel about two suburban teens who can’t sleep uncovering the secrets of their neighborhood by night. Think The Summer I Turned Pretty with flashes of Rear Window!

When seventeen-year-old competitive diver Ingrid freezes up and sustains a head injury at a routine meet, her orderly life is turned upside down. Now housebound and sedentary on doctor’s orders, Ingrid can’t sleep and is haunted by the question of what triggered her uncharacteristic stage fright.

The only thing she remembers about the moment before the dive is seeing Van, her neighbor, former best friend, and forever crush, on the sidelines. Then one sleepless night, she sees Van outside her window...looking right back at her. They tentatively begin “not sleeping” together every night but still living separate lives by day.

Ingrid tells herself this is just temporary, but soon, she and Van are up every night together, increasingly intertwined in helping each other put pieces of memory together. As Van works through his own reasons for not being able to sleep, both of them are pulled into a mystery that threatens to turn their quiet neighborhood into a darker place than they realized.

One of my friends in high school was an insomniac and, when we were 16, I suddenly realized she had a whole second life that was taking place at night. She had phone conversations with boys, she’d say hi to people in the halls I didn’t even know she knew, maybe she’d even sneak out. It was this realization that she was having two different high school experiences—one by day, one by night.

Definitely Ingrid. Outwardly, she’s tough and a perfectionist but inside she’s shy and sweet. She tries so hard to keep it together, to not rely on anyone and she holds her feelings in tight. I think girls often struggle with being too hard on themselves so I have a lot of empathy for Ingrid.

They arrived at almost the same time. I wish that happened more often! I had the idea of two insomniacs who live in a cul-de-sac. And the title THE INSOMNIACS was right there.

Cashews. I get up and wander and help myself to way too many cashews when I’m thinking something through or I’m stuck. Which is all the time!

For me, the most important thing I’ve learned is to finish a first draft. I’m so tempted to stop and edit and outline. I get frustrated that something might not be right. But I have to convince myself to keep going. It’s just so much easier to fix things once I have a complete draft and I know what I’m working with and can see the big picture again.

mysterious neighborhood element. We wanted a photographic cover and

Flatiron Books did an incredible job designing something that conveys many

things at once—namely romance and eeriness.

I passionately loved NORMAL PEOPLE by Sally Rooney. Though

from their senior year in high school through the end of college.

It’s intense and beautiful. The Hulu TV series based on the book

I used to say drafting because it’s so free but lately, it feels scary—like

feeling around in the dark. What I really love is a moment that comes early

in the revision process. Once I get rid of what I don’t need, the story firms

up and takes shape. For the first time, it feels like I have a book and not a

I think my superpower is waking up early. It’s the only way I’ve been able to finish anything during Covid when I have a house full of people!

Since the accident, where there should have been a memory, there was nothing. My whole life, I’d been able to fully recall each competitive dive; it was part of my process and I knew I couldn’t dive without it. But now there was just a blank space where a dive used to be.

I tried not to panic. I had four weeks to heal from the concussion and remember what exactly happened in the time between when my feet left the board and my body hit the water. Once I had that memory back, I’d be able to climb the ladder and know that I wouldn’t fail in front of a crowd again, I wouldn’t disappoint my coach, and I wouldn’t break my neck. The memory would be there if I could just sleep.

What I could do was imagine my favorite part of every dive before my last—slicing into the water, thousands of sparkling bubbles shooting out all around me. Then that moment underwater alone, deep and looking up at the light.

I could also imagine my surface break followed by an automatic glance to Mike, my coach I adored, on the deck. Usually, a big nod of approval meant solid execution with notes to follow. A headshake meant the opposite. He was always right there. We always connected before and after.

Something had thrown me before the last dive. My neighbor’s presence was the only thing different about that day. Van, so out of place at the pool, his hand on my teammate’s lower back. When he tilted his head to kiss Caroline, our eyes met. After that, all I remembered was Coach Mike poolside, watching, ready for me to go, then … blank, black. Then faces floating toward me through clouds of pink water.

Lying flat on my back, I stared at the ceiling, listening to the drip of the leaking faucet in my half-broken bathroom. Other than that, it was so quiet, just ambient noise from devices and appliances plugged into outlets. For a second, I was sure there was another presence in the house.

The clock now said 4:33 A.M. Whatever I’d been doing—actively not sleeping, growing more and more anxious as daylight neared—I’d been doing it for hours.

I was going to call it. This was night three with no sleep.