Author Chat with Makiia Lucier (YEAR OF THE REAPER), plus Giveaway! ~US ONLY Today we are chatting with Makiia Lucier, author of

Year of the Reaper!

Read on for more about Makiia, her book, and a giveaway! 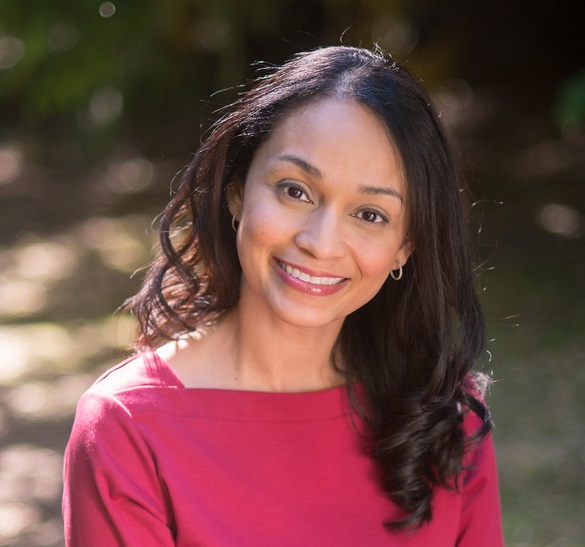 Makiia Lucier grew up on the Pacific island of Guam and holds degrees in journalism and library studies. She is the author of three previous books-A Death-Struck Year, Isle of Blood and Stone, and Song of the Abyss—which have appeared on many notable lists, including the Kids' Indie Next, the American Booksellers Association’s Best Books for Children and the American Library Association's Best Fiction for Young Adults. She lives with her family in North Carolina. makiialucier.com, Twitter and Instagram: @makiialucier.

About YEAR OF THE REAPER: 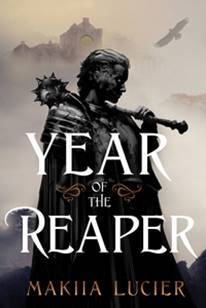 Three years ago, young Lord Cassia disappeared in the midst of war. Since then, a devastating illness has swept the land, leaving countless dead and a kingdom forever altered. Having survived war and plague, Cas, now eighteen, wants only to return to his home in the mountains and forget past horrors. But home is not what he remembers.

His castle has become a refuge for the royal court. And they have brought their enemies with them.

An assassin targets those closest to the queen, drawing Cas into a search for a killer. With the help of a historian-in-training named Lena, he soon realizes that who is behind the attacks is far less important than why. Cas and Lena must look to the past, following the trail of a terrible secret—one that could threaten the kingdom’s newfound peace and plunge it back into war.

My first novel came out in 2014 and takes places right at the start of the 1918 Spanish Flu pandemic. While I was writing it, I found myself wondering, “Well, what happened to the survivors? To those forced to carry on? What’s their story?” That is what Year of the Reaper is ultimately about, about the survivors of a terrible medieval plague.

The novel. We went through several titles (Wake, Elegy) before finally deciding on Year of the Reaper.

I love all the scenes between Cassia and Lena. Lena makes me laugh, and I love how she’s able to make Cas smile, whether he wants to or not.

I love everything about this cover! But I really like that it was inspired by a very specific scene in the book, one of my favorites.

The Girl Who Fell Beneath the Sea by Axie Oh.

It’s a little early to talk about specifics. But I can say that May is Asian Pacific American Heritage Month. And every May, I find myself wondering, “Where are all the Pacific island books? Where are all the Pacific Islander writers?” This year, instead of complaining, I decided to write the book I’ve been searching for. I have a thousand ideas fighting around in my brain right now. I promise I’ll share more when it all starts to make some kind of sense!

Revising! Because by then I have something to work with.