Author Chat with Maisie Chan (Danny Chung Sums It Up), Plus Giveaway! ~ (US Only) Today we are chatting with Maisie Chan, author of

Danny Chung Sums It Up!

Read on for more about Maisie, her book, and giveaway! 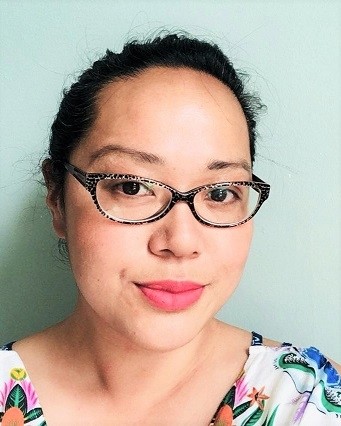 Maisie Chan is a British-born Chinese author. She has written early reader books for Hachette and HarperCollins; a collection of fairy tales, myths, and legends in Stories From Around the World for Scholastic; as well as many stories for The Big Think, a well-being curriculum based around stories for elementary school children. She also started the group Bubble Tea Writers to support and encourage new British East and Southeast Asian writers in the UK. When Maisie isn't writing, she enjoys yoga, dim sum, and singing really loud. She has lived in the U.K., U.S., and Taiwan. Originally from Birmingham, Maisie now lives with her family in Glasgow.

Meet Danny Chung Sums It Up? 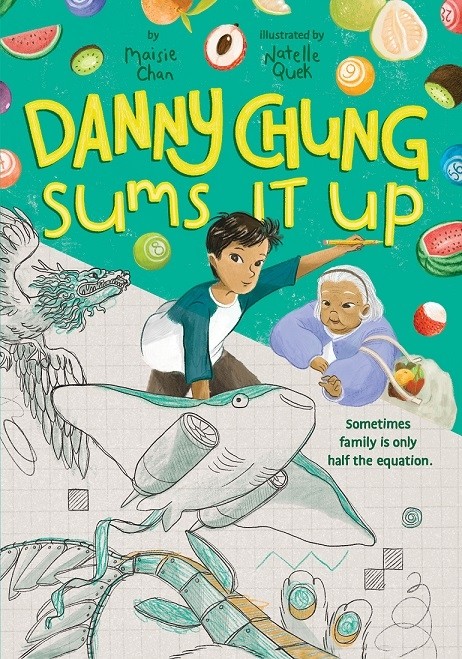 Eleven-year-old Danny’s life is turned upside down when his Chinese grandmother comes to live with his family in England. Things get worse when Danny finds out he’ll have to share his room with her, and she took the top bunk! At first, Danny is frustrated that he can’t communicate with her because she doesn’t speak English—and because he’s on the verge of failing math and Nai Nai was actually a math champion back in the day. It just feels like he and his grandmother have nothing in common. His parents insist that Danny help out, so when he’s left to look after Nai Nai, he leaves her at the bingo hall for the day to get her off his back. But he soon discovers that not everyone there is as welcoming as he expected . . . Through the universal languages of math and art, Danny realizes he has more in common with his Nai Nai than he first thought. Filled with heart and humor, Danny Chung Sums It Up shows that traversing two cultures is possible and worth the effort, even if it’s not always easy.

My favorite character in Danny Chung Sums It Up is Nai Nai, Danny’s newly arrived grandmother. I loved writing her character so much because she was lively, a little mischievous, ‘over-loving’, and a unique character that was an amalgamation of quite a few older women in my life. She’s short, mighty and many of the scenes I wrote with her made me laugh out loud.

The novel came first, then with the help of my editors the title was chosen to fit what I had written and what the book was about. Occasionally, I have a title appear first and then the story might materialize. But quite often it’s an urge to write about a particular theme and then finding a character that can help tell that story.

I particularly like the bingo scene the first time Danny takes Nai Nai to the community centre. I wanted to highlight prejudice without it being in your face. I wanted to show how some people are made to feel unwelcome even when overt racism isn’t mentioned. This is the point where Danny realises he has a protective streak over his nai nai and from them on their relationship grows. The scene is a micro examination of society.

I’ve learnt that writing a novel isn’t easy. It’s a long process that takes time and not everything reveals itself to the writer (i.e. me) during the first draft. The first draft of Danny Chung Sums It Up had no math and no art! Writing and story comes in waves. Connections are made as you draft and as you rewrite. Sometimes I can’t rush the process even though I want to because I have deadlines.  I have to let the ideas breath and form in my mind then translate them onto the page.

I love that Natelle Quek, the illustrator of Danny Chung Sums It Up has included Nai Nai on the cover as well as Danny’s creations. There is a lot going on and there is a sense of fun and it’s dynamic. I love the math paper background, it’s a cover that tells you a lot about the story. She did such a great job, I love the colour scheme as well. It’s not one that’s common and I think it makes it stand out from other middle grade titles.

My favorite book was Boy, Everywhere by A.M. Dassu which was released in the U.K. in 2020 and later in the U.S. It’s an upper middle grade/teen book about a boy who life is turned upside down when his beloved hometown in under siege. Dassu creates a realistic portrayal of the dangers and emotional turmoil that a young person fleeing a warzone faces. I loved it so much. It’s so powerful and I hope everyone reads it. It’s such a well-researched and well-written book.

I am currently drafting a second novel with a host of new characters! I absolutely love writing intergenerational stories and so there will be another young person and older person pairing in my second novel. It will have a quest, it will be contemporary and I hope will inspire hope and kindness.

Amelia Yee was written as a contrast to Danny, she’s talented, clever and accomplished. In the first few drafts, she was very unlikeable. Thanks to my editors, she became more human and even though she was unlikeable, she is shown to be human. I think sometimes adding nuance really helps to make even the most despicable characters into flawed humans. I have to thank my editors for helping shape a few characters who were slightly two dimensional into 3D beings.

I prefer drafting. It’s part of the process where you can try things and let your imagination go wild if you want to. I write fairly fast so my first drafts are messy, they have holes, names are changed mid-draft – but usually it’s fun and it’s the time when things appear. I don’t mind revising, but it is much slower as you have to delete, rewrite and edit. When you get to the end of revising the book is always much better. But I like the speed and surprises of drafting.

Oh! Good question! This question assumes I have a superpower. I think I can now write almost anything. I’ve written contemporary stories, fantasy, quite sad short stories for adults, funny stories. I’ve written for most age groups too. Is that a superpower.

If I could have any superpower though, I would like to teleport. It would save on airplane tickets and be good for the planet, and I could travel the world in an instant. I would love that!

I started a network on Facebook called Bubble Tea Writers Network which is for East and Southeast Asian writers in the U.K. There are very few published writers from those backgrounds who get book deals in the U.K. To do my part I have been mentoring a writer from a ESEA background for a year since 2018, and in the Bubble Tea group I offer support and signpost writers to opportunities. It is something I have done for free, and I will continue to try to help more writers who look like me become published.

It is similar to what Kat Cho does with Asian Author Alliance. Although Kat is super organized and I am not!  Kat Cho (Wicked Fox) and Claribel A. Ortega (Ghost Squad) are my mentors during my debut year for Diverse Voices DVDebut. I respect and learn a lot from people like Kat and Claribel who have given me honest advice on how to launch in the U.S. and to look after myself as an author. I listen to them and try to pass on their wisdom to those who are coming up behind me. I’ve been helped on my writing journey and I try to do the same. So yes, I am very keen on seeing more agented and published East and Southeast Asian authors.

Danny Chung Sums It Up

Tags:
Amulet Books Danny Chung Sums It Up Maisie Chan Author Chat giveaway
Featured Review: Take Me With You When You Go by, ...
Giveaway: Genius Under The Table (Eugene Yelchin) ...

The cover is so cute and this sounds fun to read.