Author Chat with Maggie Ann Martin (To Be Honest), Plus Giveaway! Today we're excited to chat with Maggie Ann Martin, author of To Be Honest.  Read on for more about Maggie and her book, plus a giveaway! 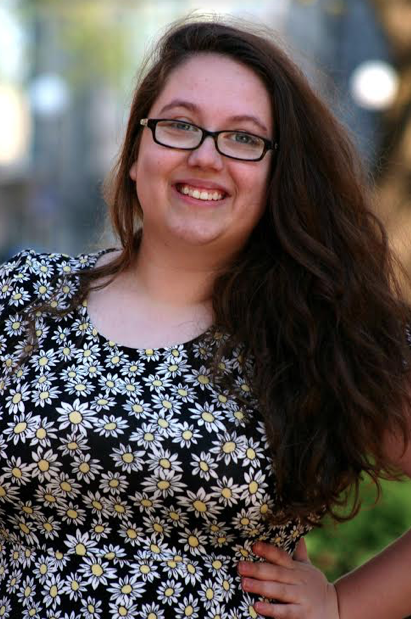 Maggie Ann Martin, author of The Big F and To Be Honest, hails from Des Moines, Iowa but moonlights as a New Yorker. She earned her BA in English and Journalism from the University of Iowa, the most welcoming literary community in the world. When she is not writing, you can find her binge-watching TV shows or passionately fangirling over fictional characters on the Internet.

Meet To Be Honest! 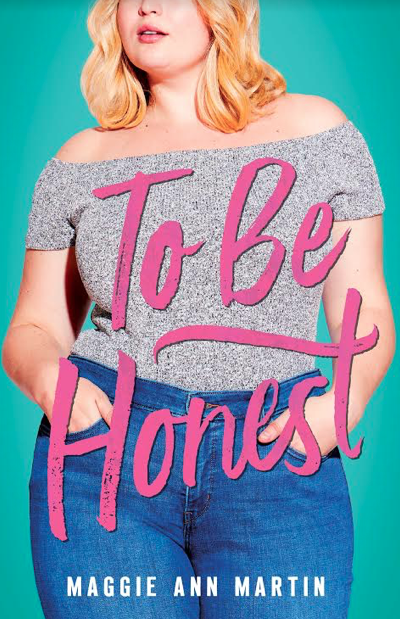 The author of The Big F is back with another snappy, utterly relatable contemporary novel about loving yourself and forging your own path, perfect for fans of Julie Murphy and Rainbow Rowell.

Savannah is dreading being home alone with her overbearing mother after her big sister—and best friend—goes off to college. But if she can just get through senior year, she'll be able to escape to college, too. What she doesn't count on is that her mother's obsession with weight has only grown deeper since her appearance on an extreme weight-loss show, and now Savvy's mom is pressuring her even harder to be constantly mindful of what she eats.

Between her mom's diet-helicoptering, missing her sister, and worrying about her collegiate future, Savvy has enough to worry about. And then she meets George, the cute new kid at school who has insecurities of his own. As Savvy and George grow closer, they help each other discover how to live in the moment and enjoy the here and now before it disappears.

To Be Honest is another sharp, witty novel from Maggie Ann Martin, about a spunky heroine who is dealing with very real issues—body image, parental pressure, loneliness, first love, and finding your way—with heart and humor.

A Chat with Maggie Ann Martin:

1. What gave you the inspiration to write To Be Honest?

The inspiration for TO BE HONEST came over many years in many different glimmers. The first glimmer came just after finishing the first season of the British TV drama My Mad Fat Diary. After watching it I went on the hunt for positive plus size representation in TV, movies, and books. When that list came up very short, I knew that I wanted to write a fat-positive character in YA. My second glimmer came when I left for college and was away from my sister for the first time in basically our whole lives. I drew a lot on our relationship and closeness when I wrote my main character, Savannah, and her older sister, Ashley. My third glimmer came in a creative writing class in college when we were doing a basic writing prompt exercise (I wish I could remember what the prompt was!) and a sarcastic, holds-no-punches gal named Savannah came onto the page. I actually ended up creating a whole book proposal for that class that very loosely resembles what became TO BE HONEST.

Savannah is absolutely my favorite character (but her dog, a fluffy poodle monster named Fiyero, is a close second). Savannah holds so many parts of my heart and my own experiences are closely reflected in every struggle, internal battle, and reconciliation to self-acceptance that she goes through.

I think I’m most proud of the scene where Savannah finally confronts her mom about how her diet monitoring is affecting her. I don’t want to give too much away, but this may or may not be the scene where most of the promotional pull-out quotes come from. : )

EVERYTHING. The way Savannah is displayed so proudly with each curve on full display brings me endless joy. She’s REAL, she’s fierce, and she’s front and center.

5. What new release book are you looking most forward to in 2018?

I’m really looking forward to Mammoth by Jill Baguchinsky. It features a plus-sized fashion blogger who is also into paleontology. Sign me the heck up.

That’s such a tough one! I think it was definitely a tie between Caraval by Stephanie Garber and Now Is Everything by Amy Giles.

9. Which character gave you the most trouble when writing To Be Honest?

Most definitely Savannah’s mom. I believe she’s the hardest character to tackle, because at her core, she just wants to be loved and accepted like everyone else in the novel. But, she firmly believes that the only way to gain that love and respect is to lose weight. She grew up in a society that taught her that her self worth is tied to her physical appearance, and that is difficult to unlearn.

“Since 1996, The Body Positive has been re-connecting youth and adults to their innate body wisdom for more balanced, joyful self-care and a relationship with their whole selves that is guided by love, forgiveness, and humor.”

Virgie Tovar: https://www.virgietovar.com/
“Virgie Tovar is an author, activist and one of the nation's leading experts and lecturers on fat discrimination and body image.”

“The podcast for body positivity, radical self love, and chill vibes only. Join Sophie and April as they talk about current events, popular culture, and the intersection between fatness and feminism.”

One winner will receive a final copy of To Be Honest  (US only).

This book sounds so refreshing, especially for a YA!

0
This book sounds so refreshing, especially for a YA!
Cancel Update Comment

I like the model on the cover. The story sounds real and relevant.

0
I like the model on the cover. The story sounds real and relevant.
Cancel Update Comment
Previous     Next
1 2
How to resolve AdBlock issue?
X