Today we are chatting with Mackenzi Lee, author of

THE NOBLEMAN'S GUIDE TO SCANDAL AND SHIPWRECKS!

Read on for more about Mackenzi and her book! 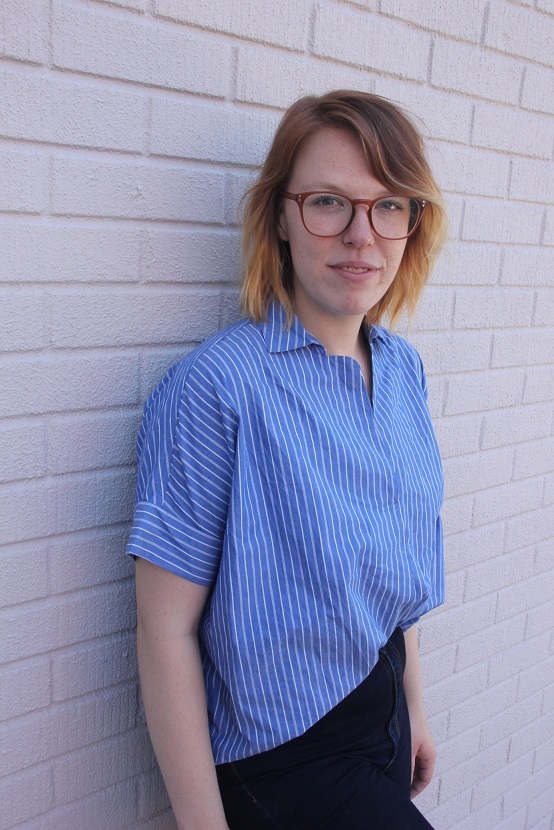 Mackenzi Lee earned a BA in history (in the middle of which she took her own grand tour of Europe) and an MFA from Simmons College in writing for children and young adults. She loves Diet Coke, sweater weather, and Star Wars. On a perfect day, she can be found enjoying all three. You can spot her on Twitter @themackenzilee, where she curates a weekly story time about  women from history you probably don't know about but should. She currently calls Boston home.

About: THE NOBLEMAN'S GUIDE TO SCANDAL AND SHIPWRECKS Return to the enchanting world of the Montague siblings in the finale to the New York Times bestselling and Stonewall Honor-winning series, featuring a teenage Adrian Montague as he desperately seeks the now adult Monty and Felicity—the older siblings he never knew he had.

Adrian Montague has a bright future. The sole heir to his father’s estate, he is an up and coming political writer and engaged to an activist who challenges and inspires him. But most young Lords aren’t battling the debilitating anxiety Adrian secretly lives with, or the growing fear that it might consume him and all he hopes to accomplish. In the wake of his mother’s unexpected death, Adrian is also concerned people will find out that he has the mental illness she struggled with for years.

When a newly found keepsake of hers—a piece of a broken spyglass—comes into Adrian’s possession, he’s thrust into the past and finds himself face to face with an older brother he never knew he had. Henry “Monty” Montague has been living quietly in London for years, and his sudden appearance sends Adrian on a quest to unravel family secrets that only the spyglass can answer.

In pursuit of answers about the relic, the brothers chart a course to locate their sister Felicity. But as they travel between the pirate courts of Rabat, Portuguese islands, the canals of Amsterdam, and into unknown Artic waters, the Montague siblings are thrown into one final adventure as they face a ghostly legend that threatens their whole family.

The whole Montagues series was born from wanting to write historical adventure novels about characters that were not traditionally the heroes of that genre, usually because the author claimed it’s “historically accurate.”

I love all the Montagues equally—it’s impossible to pick a favorite. I will say, the character that surprised me the most in Nobleman’s Guide was George! His role in the book kept growing and growing because I had such a fun time imagining what he would be like as an adult. And there’s a cameo in the very last chapter that I won’t spoil, but made me very happy to get to add.

It’s a constant lesson, and I’m still not sure I’ve learned it, but I am reminded over and over and over again how important is to keep your eyes on your own paper, not get caught up in what people are saying about you, or take other people’s successes as your failures. It’s important to take feedback in order to learn and grow, but it’s almost more important to figure out who to take that feedback from—people who are behind you and support you and want you to succeed, and who understand what you’re doing and want to help you do it better.

It was an emotional book for me in general. I modeled Adrian’s anxious thought patterns after my own, and sometimes trying to replicate them left me exhausted and triggered. It was a hard head space to step away from and leave in the book.

Falling asleep on airplanes. I sit down on a plane and I pass out, immediately, and usually sleep until we land. I slept the entire 15-hour flight to Australia and had zero jet lag. I was a little worried I had lost this superpower during the pandemic after not traveling for almost two years, or that masks might impede my ability to sleep, but the first plane I got on post-COVID…..out like a light.

The Anthropocene Reviewed by John Green

I have one more book in my Anti-Heroes series with Marvel! It will come in the fall of 2022 and I’m dying to talk about it, but not allowed to yet! Which is killing me. I’m so paranoid about spilling the beans accidentally. With every passing day, I get closer and closer to accidentally Tom Holland-ing the whole thing.

Spotlight on We Can Be Heroes (Kyrie McCauley), Excerpt, & Plus Giveaway! ~ (US Only)