Today we're excited to chat with Lori Goldstein author of

Read on for more about Lori and her book, plus a giveaway! 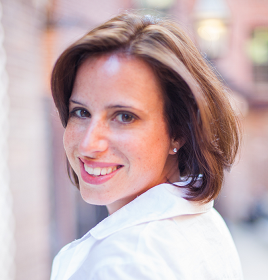 Lori Goldstein earned her BA in journalism and previously worked for technology publications in the “East Coast Silicon Valley” city of Boston, where she currently lives. She’s never met a beach she didn’t love, a book she wouldn’t read, or a strange food she wouldn’t try. She is the author of SOURCES SAY (9/8/2020), which Kirkus calls "Entertaining, thought-provoking, and heartwarming"; SCREEN QUEENS, which Kirkus calls “a fun and uplifting story that celebrates female friendship and empowerment”; and the VOYA-starred young adult contemporary fantasy series BECOMING JINN. You can visit her online at lorigoldsteinbooks.com, @loriagoldstein on Twitter, and on Instagram @lorigoldsteinbooks. 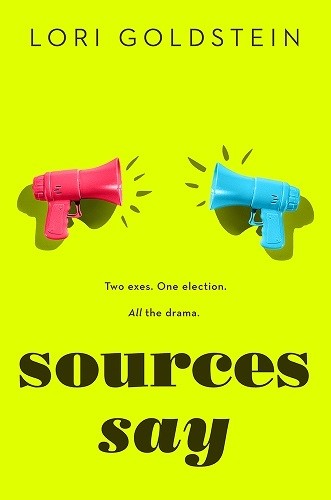 Two exes. One election. All the drama.

For fans of Becky Albertalli and Morgan Matson comes a funny, hearfelt novel about fueding exes running for class president and the scandal that makes the previously boring school election the newest trending hashtag.

At Acedia High School outside of Boston, student council has always been nothing more than a popularity contest. Nobody pays attention. Nobody cares.

But all that changes when the Frankengirls show up. During the very first week of school, someone plasters the halls with Photoshopped images of three "perfect tens"--images of scantily clad girls made from real photos of girls at school. The student body is livid. And the two presidential candidates, Angeline Quinn and Leo Torres, jump on the opportunity to propose their solutions and secure votes. After their messy break up, Leo and Angie are fighting tooth and nail to win this thing and their constituents are mesmerized as they duke it out.

As if things couldn't be more dramatic, the school's two newspapers get involved. The Red & Blue is run by Angie's sister Cat and she prides herself on only reporting the facts. But her morals are tested when The Shrieking Violet--written by an anonymous source and based less on facts and more on fiction--blatantly endorses Leo. Rumors fly, secrets are leaked, and the previously mundane student election becomes anything but boring.

The idea for SOURCES SAY came about during a somewhat lively discussion (argument?!) with my nephews. We were talking about the pros and cons of things like Reddit and using social media as a way to get your news. With myself, his uncle, and his mother all having journalism degrees, we clearly had a strong viewpoint on this issue! But as we talked further, I became fascinated by the notion of how we now get our news—adults, but especially teens. How do we know what sources are “trust-worthy”? In this age where the president tweets about #fakenews and the line between fact and fiction seems to blur, what message are teens getting? This very issue has been making its way into school curriculums, and I wanted to add to the conversation by exploring it in fiction.

The novel! The title was a struggle in a way it hadn’t been in my previous books. With the election/politics and the media/fake news having equal importance, it was difficult to find a title that encompassed it all. After batting around a dozen or more titles, I finally came upon SOURCES SAY, which is such a ubiquitous but equivocal term. My editor and I agreed that it was the perfect fit.

Tea, tea, and more tea. I’m currently enjoying the perfect summer tea of peach oolong. Hot or cold, I’m never without something in the tea family in my cup.

I teach at the terrific nonprofit Grub Street in Boston (remotely, of course, right now), and what I tell my students most often is how important understanding their characters are. World building, plot, twists, none of it matters unless you have a character who readers are invested in and want to follow. And creating such a character take a lot of brain power. But more than that, it is the characters who drive the plot, not the other way around. This sounds like a simple shift in perspective, but it completely changed the way I write: I wouldn’t have written or been able to publish any of my novels without internalizing this concept.

The cover makes a bold statement both in its bright neon green color but also by being uncluttered. Sadly, the megaphones “screaming” to be heard sum up so much of the “debate” in this country over the past few years. I think they speak volumes about what needs to change, which is core to the book.

My TBR pile represents the range of my own scattered writing projects at the moment as I’m working on everything from YA to adult: On the YA side, I’m about to start Leah Johnson’s YOU SHOULD SEE ME IN A CROWN; I’ve lined up Kerry Kletter’s EAST COAST GIRLS; and for a historical, I’ve got Sherri L. Smith’s THE BLOSSOM AND THE FIREFLY.

They are one and the same. The most emotional and difficult scene to write is one of the very last ones in the book. Without giving any spoilers, it’s a scene in which the two sisters, who are the heart of the novel and our two narrators, must face their strained relationship and decide the type of sisters they want to be for the rest of their lives. So much builds to this moment, plot-wise and emotionally, that I rewrote it dozens of times to hit the right tone. I think I finally reached it, but I guess that’s for the readers to decide.

Organization. Which those in the “pantsing” crowd would likely call my fatal flaw. But whether it’s a 60-page novel outline or my pantry, nothing makes me giddier than everything having its place. 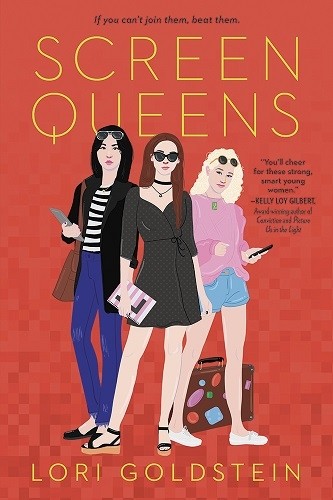 The cover is bright and cute. The synopsis promises so much fun drama.

0
The cover is bright and cute. The synopsis promises so much fun drama.
Cancel Update Comment

I'm excited about this one!

The cover really jumps out and the story sounds like it's full of drama and fun.

0
The cover really jumps out and the story sounds like it's full of drama and fun.
Cancel Update Comment