Read on for more about Liesl and her book! 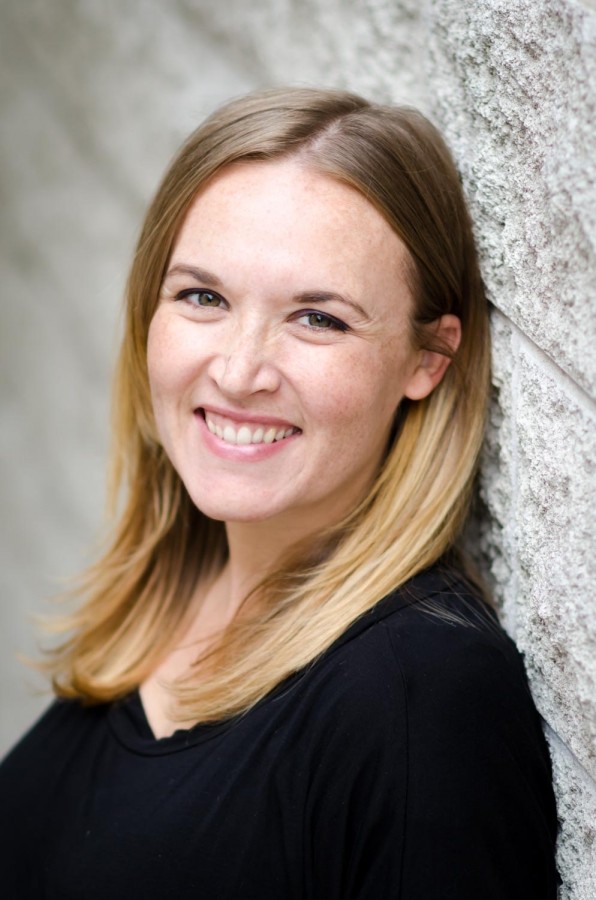 LIESL SHURTLIFF (@LieslShurtliff) grew up in Salt Lake City, Utah, and just as Snow White had seven dwarves, Liesl had seven siblings to keep her company! Before she became a writer, Liesl graduated from Brigham Young University with a degree in music, dance, and theater. Her first three books, Rump, Jack, and Red are all New York Times bestsellers, and Rump was named to over two dozen state award lists and won an ILA Children's Book Award. She lives in Chicago with her family, where she continues to spin fairy tales. Visit her at LieslShurtliff.com.

Meet  GRUMP: The Fairly True Tale of Snow White and the Seven Dwarves! 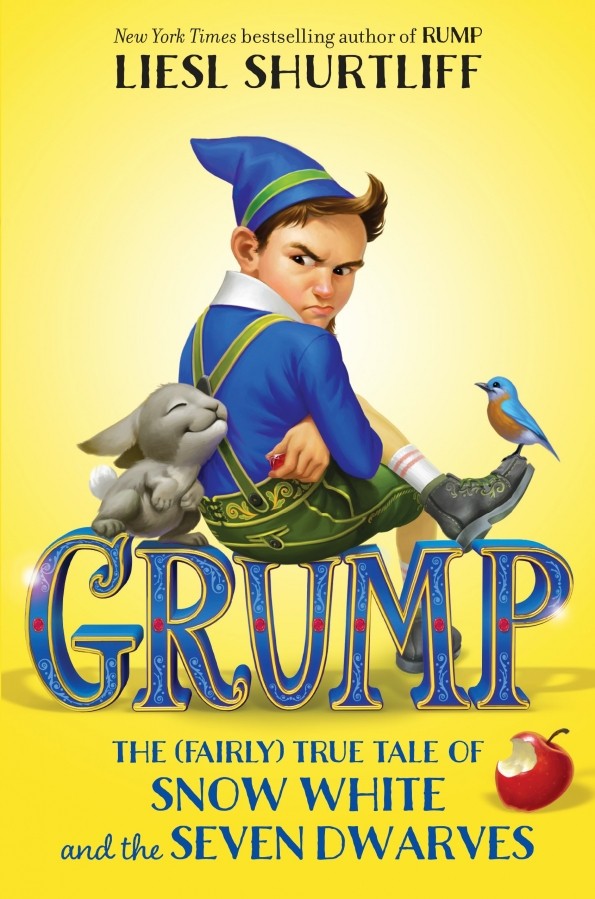 From the New York Times bestselling author of Rump, comes the true story behind another unlikely hero: a grumpy dwarf who gets tangled up in Snow White's feud with the wicked queen.

Ever since he was a dwarfling, Borlen (nicknamed "Grump") has dreamed of visiting The Surface, so when opportunity knocks, he leaves his cavern home behind.

At first, life aboveground is a dream come true. Queen Elfrieda Veronika Ingrid Lenore (E.V.I.L.) is the best friend Grump always wanted, feeding him all the rubies he can eat and allowing him to rule at her side in exchange for magic and information. But as time goes on, Grump starts to suspect that Queen E.V.I.L. may not be as nice as she seems. . . .

When the queen commands him to carry out a horrible task against her stepdaughter Snow White, Grump is in over his head. He's bound by magic to help the queen, but also to protect Snow White. As if that wasn't stressful enough, the queen keeps bugging him for updates through her magic mirror! He'll have to dig deep to find a way out of this pickle, and that's enough to make any dwarf Grumpy indeed.

It all began with a scene in my last fairytale retelling Red: The (Fairly) True Tale of Red Riding Hood where Red meets Borlen the dwarf (the main character of Grump), and in the course of a conversation he calls Snow White a spoiled brat. The line seemed to come out of nowhere, but it struck a chord with me. Why would a dwarf call Snow White a spoiled brat? What would the Snow White tale look like from the point of view of one of the seven dwarves? I started writing, and Borlen’s voice jumped right off the page. I knew I had to write his story.

Of course I love my MC, Borlen, but I adore Gilpin. He’s the Sixth dwarf on the crew and is a nod to Disney’s Dopey, but I feel like I give him depth and dignity in this tale. He’s mute, and his ears are exceptionally large, but he’s very intelligent and capable, far more than anyone gives him credit, and he’s a loyal friend.

There’s a scene where Borlen and Snow White climb a cliff together, and after a close brush with danger they have a turning point in their relationship that is very tender. It was a scene I added quite late in the process, but I feel like it adds emotional depth to both Borlen’s and Snow White’s characters and the book overall. Big things can turn on little hinges.

Expect nothing; celebrate everything. I’ve learned to give what I have to offer and then follow the love. Writing/publishing is a career that can be fraught with disappointment if you focus on the wrong things, but completely fulfilling and joyful if you focus on the right ones.

The bunny! I chuckle every time I look at the smiley little furball snuggling up against this grumpy dwarf!

Orphan Island by Laurel Snyder. It has a fairytale quality that immediately pulled me in and had me captivated the entire book. It’s one I’ll recommend often.

Snow White. I wanted her to come across as annoying/snotty to Borlen, and yet likable/humorous to the reader. That sort of character duality can be tricky to pull off, and it took a lot of revision to get her just right. I do think I finally captured what I was intending, and she ended up being a very fun character with some of the cliché characteristics we expect in Snow White but with a few twists and surprises.

Revising, by far! Drafting is nigh on torture for me, like walking up a steep mountain on a blistering summer day without water. I can barely keep moving forward. I might die. I look for any excuse to stop. (This interview is one of my excuses!) Revision is the reward for making it through a first draft. I get to take the sorry heap of words I’ve dumped on a page and turn them into something wonderful.

“A hilarious reimagining of its origin story with a wonderfully detailed world and interesting twists on classic characters. Sure to be a hit with fantasy fans looking for comedy.” –Booklist

“The story moves at a fast pace and deftly balances lighthearted humor with emotional weight. . . .a sure hit for Shurtliff’s fans.” --School Library Journal