Read on for more about Leslie and an interview! 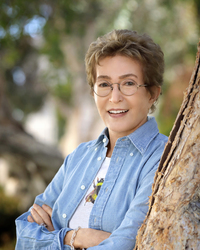 Leslie Landis has done many different things. She has been a teacher, a financial planner, a bank trust officer, worked for a U.S. Senator, and was an associate director in television. Then she went back to school to earn a master’s degree in psychology, and became a licensed Marriage and Family Therapist. Her first book was a humorous take on our food and diet obsessed culture titled The Art of Overeating: A Bellyful of Laughs About Our Food-phobic Culture, which was published by Sterling, a division of Barnes & Noble in 2009. Leslie lives with her husband in Los Angeles. CHENDELL: A Natural Warrior is her first novel. 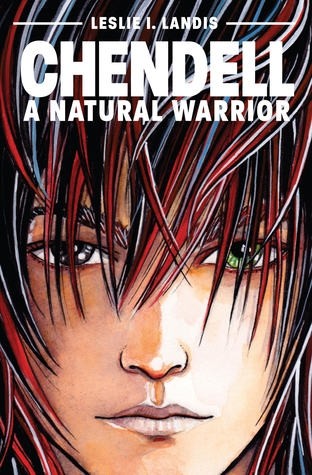 CHENDELL A Natural Warrior - A Natural Warrior is the first book in the CHENDELL series. It follows the lives of Jamie Chen and Robin Dell. Two people from different worlds. But they are more alike than they realize. They each have abilities to communicate with and direct the natural world. They are perfect for each other. Maybe too perfect. They believe their lives are mapped out until fate gives them a fantastic adventure and a transformative mission. Using heightened powers they fight the forces behind ecocide to save the Earth. One battle at a time. Finally, nature has a hero.

YABC:  What gave you inspiration to write this book?

I became aware that the "superhero" genre is having it's moment. And actually, I'm not into the superhero stories that are commonly told. The man - and occasionally a woman - who discovers powers of super strength and/or other unnatural abilities. Then fights an evil person or force trying to take over or destroy the world. The repetitiveness of this theme made me want to come up with something different. Something unique. And since I believe that a superhero represents our best hope to solve our worst fear, I wanted to address my worst fear - the real life problem of climate destruction.
YABC:  Who is your favorite character in the book?
I honestly like my two protagonists - Robin Dell and Jamie Chen - equally. Both have a little bit of me in them but they are also very different from me.
YABC:  Which came first, the title or the novel?
I always knew the title was going to be a combination of the Jamie Chen and Robin Dell's names - CHENDELL. But it wasn't until I finished writing the book that I came up with the subtitle: A Natural Warrior.
YABC:  What scene from  the book are you most proud of, and why?
I am most proud of the action scene in the Peruvian rainforest. It was the most challenging for me but also the most fun. I had to come up with inventive ways for CHENDELL to use the natural world to overcome the illegal loggers and save the trees.
YABC:  Thinking way back to the beginning, what's the most important thing you've learned as a writer from then to now?
A writer has to find their voice. It's an old saying but it is true. My first attempt at writing the story in my head didn't go well. I was stuck on writing it in the style of most every book I have ever read. Then I decided to try writing in first person narrative. And from there, my writing just flowed. I could envision my characters better and it allowed me to let them speak for themselves.
YABC:  What do you like most about the cover of the book?
A face always grabs my attention. And this face - with one black-colored eye and one green eye - definitely stands out. Also, I like that the face is androgynous. Some people see a man and some see a woman. I too can see it either way.
YABC:  What's up next for you?
I am already working on the second book in the CHENDELL series: Double Trouble. There is more conflict between Robin and Jamie, a rise of an unexpected evil character and lots more action.
YABC:  Is there anything that you would like to add?
While CHENDELL: A Natural Warrior has an environmental theme, it is a positive and fun read with humor and even a little romance.
YABC:  Which was the most difficult or emotional scene to narrate?
The scenes that described personal loss or problems were difficult. Such as when Jamie's father died, how Robin's mother dealt with her disease and how Robin's talked about her friend Julie's limitations. I wanted to portray these situations with honesty but still with a positive message.
YABC:  Which character gave you the most trouble when writing your latest book?
Casey Dee Roy, the CEO of TransFormancy, the company that Robin and Jamie work for. I need to make his background fit with the person he became and is today.
YABC:  Which part of the writing process do you enjoy more: Drafting or Revising?
Definitely drafting. That's when it was all imagination. Revising is where I had to make it more better and more real. And I never expected to have to do so many revisions. Also, I found that just as some artists don't know when their painting is finished, I had trouble knowing when to stop revising.
YABC:  What would you say is your superpower?
My imagination.
YABC:  Is there an organization or cause that is close to your heart?
I belong to and contribute to a lot of environmental organizations - the Sierra Club, The Nature Conservancy, The Center for Biological Diversity, Audubon, Environmental Defense Fund, Ocean Conservancy, Earthjustice - and more! But the ones closest to my heart are those involved in saving animals and wildlife - World Wildlife Fund, Defenders of Wildlife, The Humane Society, National Wildlife Federation, The Marine Mammal Center, The Center for Biological Diversity, ASPCA. And that's not a complete list! I write a lot of checks often but when I read of their successes, I know it is not all bad news out there and my money is making a difference.