Read on for more about Laurie and her book, plus an excerpt. 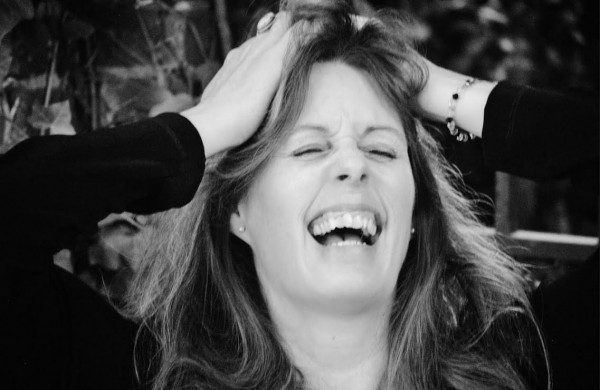 Laurie Halse Anderson is a New York Times bestselling author whose writing spans young readers, teens, and adults. Combined, her books have sold more than 8 million copies. Her new book, SHOUT, a memoir-in-verse about surviving sexual assault at the age of thirteen and a manifesta for the #MeToo era, has received widespread critical acclaim and appeared on the New York Times bestseller list for seven consecutive weeks.

Laurie has been nominated for the Astrid Lindgren Memorial Award three times. Two of her books, Speak and Chains, were National Book Award finalists, and Chains was short-listed for the prestigious Carnegie medal. Laurie was selected by the American Library Association for the 2009 Margaret A. Edwards Award and has been honored for her battles for intellectual freedom by the National Coalition Against Censorship and the National Council of Teachers of English.

In addition to combating censorship, Laurie regularly speaks about the need for diversity in publishing and is a member of RAINN’s National Leadership Council. She lives in Philadelphia, where she enjoys cheesesteaks while she writes. Find out more about Laurie by following her on Twitter at @halseanderson, Instagram at halseanderson, and Facebook at lauriehalseanderson, or by visiting her website, madwomanintheforest.com. 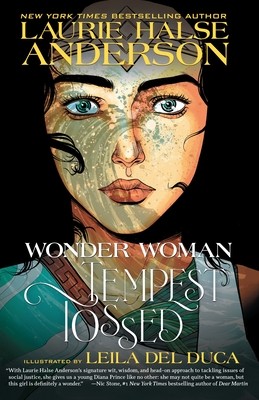 Princess Diana believes that her 16th birthday will be one of new beginnings--namely acceptance into the warrior tribe of Amazons. The celebrations are cut short, however, when rafts of refugees break through the Themysciran barrier. Diana tries to help them, but she is swept away by the sea--and from her home--thus becoming a refugee herself.

Now Diana must survive in the world outside of Themyscira for the first time; the world that is filled with danger and injustice. She must redefine what it means to belong, to be an Amazon, and to make a difference.

Wonder Woman: Tempest Tossed is a story about growing into your strength, battling for justice, and the power of friendship.

All teenagers struggle with doubts and unpredictable emotions. I wondered how that experience would play out in a 16-year-old Wonder Woman.

Princess Diana, of course, but in a close second is Antiope. She deserves to be the main character in a book or film.

The novel. Once I thought through the refugee sub-plot and knew that I wanted the Statue of Liberty to be an important setting, the title basically wrote itself.

YABC:   Do you have a favorite writing snack?

I’ve let too many crumbs fall into the keyboard to eat while I’m working. But I drink sweet, milky tea.

Focus on the sheer joy of the writing.

OMG – everything!! I adore the way the wave curls across Diana’s face, the hint of her Themyscirian collar and that gorgeous font!

The Fall of Innocence, by Jenny Torres Sanchez

I’m working on a graphic novel adaptation of one of my historical novels. After that? I’m taking notes for a novel that will be unlike anything I’ve ever written.

I am so grateful for the opportunity to be a part of #TeamWonderWoman. This has been a dream come true!

There’s a scene in which Diana learns what child trafficking is. For someone raised in a paradise, the horror of a crime like that is almost unthinkable. I felt that scene deep in my gut.

Characters don’t give me trouble, they simply dare me to dance.

Revising. The first draft is the one that drives me nuts.

Listening. I can usually hear the unspoken words that are waiting under what someone says.

Safe Horizon helps survivors of domestic violence and other crimes, such as human trafficking. Visit safehorizon.org for more information.

Spotlight on The School For Good and Evil #6: One ...
Author Chat with Thomas Taylor (Gargantis), Plus G...