Author Chat with Laurie Faria Stolarz (Jane Anonymous), Plus Giveaway! ~ (US Only) Read on for more about Laurie and her book, plus an giveaway. 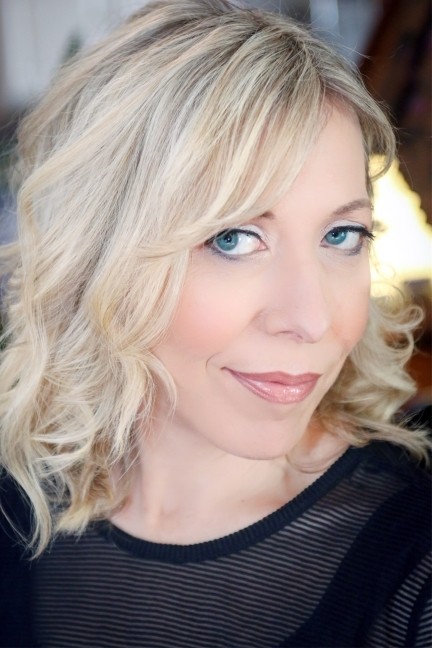 Laurie Faria Stolarz is the author of several popular young adult novels including the Dark House series, the Touch series, Project 17, Shutter, and Bleed, (all published by Disney/Hyperion Books for Children), as well as the bestselling Blue is for Nightmares series (Flux Publications). With over a million books sold worldwide, Stolarz’s titles have been translated into thirty languages, been named on numerous award lists, including the Quick Pick for Reluctant Readers list and the Top Ten Teen Pick list, both through the American Library Association, and have been optioned for TV. 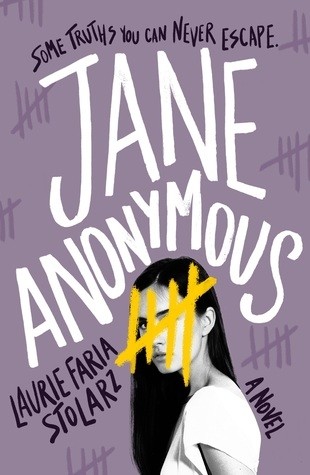 Bestselling author Laurie Faria Stolarz returns with Jane Anonymous, a gripping tale of a seventeen-year-old girl’s kidnapping and her struggle to fit back into her life after she escapes.

Then, “Jane” was just your typical 17-year-old in a typical New England suburb getting ready to start her senior year. She had a part-time job she enjoyed, an awesome best friend, overbearing but loving parents, and a crush on a boy who was taking her to see her favorite band. She never would’ve imagined that in her town where nothing ever happens, a series of small coincidences would lead to a devastating turn of events that would forever change her life.

I’d been wanting to write an abduction story for a while, but I also felt that kidnapping/abduction had been well-covered territory (in books, movies, and other creative outlets). I was also interested in exploring the emotion of loss. We typically associate loss with the loss of a person or pet, but I wondered about the loss of time, innocence, and a sense of self... Were those “losses” any less impactful? In my quest to explore that question, I began my story: “Jane” is abducted and held captive for seven months. The story is told on two timelines – then (during her captivity) and now (after she gets back). We see how loss changes her. There’s certainly a period of grieving after loss – a time when people allow for and expect the person to heal. But what happens when that allotted window of grieving time closes and the individual still can’t seem to “move on?”

Without a doubt, my favorite character is Jane Anonymous. She is telling her whole ugly truth, without holding back. Because she can hide behind her anonymity as she tells the story, she’s not filtering herself in any way.

The novel came first. I named her Jane Anonymous in the novel, so that she could keep her identity a secret. I used her name as my working title. It stuck.

There’s a scene when Jane goes into a public bathroom at the local library, just to escape the noise of reality. I don’t want to give too much away, but it’s really raw, showing the depth of her isolation. There’s also a scene where she’s out to brunch with her parents. Everyone (including the waitress) is calling her heroic and brave for surviving such an unimaginable ordeal; but, in reality, Jane couldn’t feel more scared and alone. She retreats to a bathroom there too, then overhears a heartbreaking conversation among her friends, which validates some of her biggest insecurities. Lastly, I also love a letter that her friend Jack sends to her. He understands what loss really is and what it means, and he doesn’t try to fix her. (Okay, that was three scenes.☺)

I wrote this book with intention. I knew what I wanted to accomplish by the end and I stuck to it, unyieldingly. I know now this was the best approach for this particular book.

I love the angry expression on the character’s face. I also love the tally marks.

I’m currently working on the companion book to Jane Anonymous. The working title is Lessons in Terra.

Listening. Jane meets a therapist whose slogan is “healing starts the moment you feel heard.” I think I’ve been blessed with the ability to hear, subtext and all (most of the time, at least).

Yes, I love this organization: https://www.youthvillages.org/about-us/ I have done creative writing workshops and book talks for a local chapter of Youth Villages for years. On one of my visits, I was stuck in traffic and arrived thirty minutes late. When I got there, one of the girls started crying simply because I showed up. She didn’t think I would. Showing up matters.

Wow, this book sounds really intense. I like the cover! Didn't expect the summary.

I've been hearing about this all over social media. Sounds so good!

0
I've been hearing about this all over social media. Sounds so good!
Cancel Update Comment

Interesting cover. Saw some giveaways for this one on Twitter as well.

I can't wait to read this!

0
I can't wait to read this!
Cancel Update Comment

The cover is unique and the premise sounds intense. Best wishes to the author on this new release.

0
The cover is unique and the premise sounds intense. Best wishes to the author on this new release.
Cancel Update Comment

the cover is interesting & so is this book, I absolutely would love to be able to read this book!!

0
the cover is interesting & so is this book, I absolutely would love to be able to read this book!!
Cancel Update Comment

The cover caught my eye immediately. The synopsis sounds like this is going to be an intense, emotional read.

0
The cover caught my eye immediately. The synopsis sounds like this is going to be an intense, emotional read.
Cancel Update Comment

The cover is eye catching and the topic is intense and serious.

0
The cover is eye catching and the topic is intense and serious.
Cancel Update Comment
How to resolve AdBlock issue?
X