Today we're excited to chat with Kendare Blake author of

Read on for more about Kendare and her book, plus an giveaway! 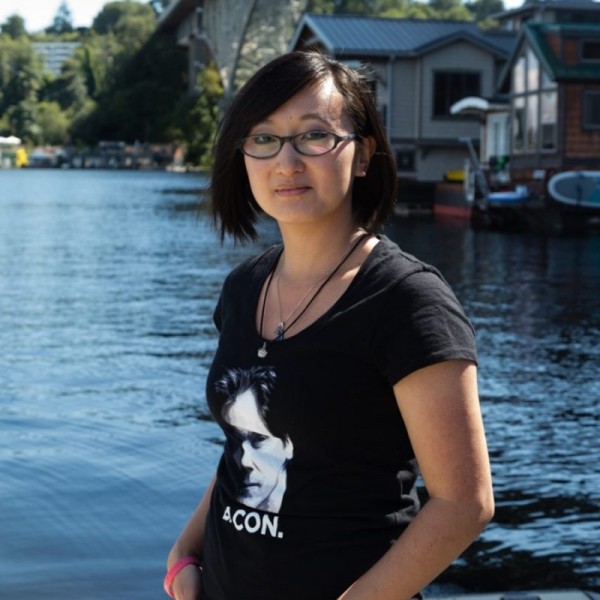 Kendare Blake is the #1 New York Times bestselling author of the Three Dark Crowns series. She holds an MA in creative writing from Middlesex University in northern London. She is also the author of Anna Dressed in Blood, a Cybils Awards finalist; Girl of Nightmares; Antigoddess; Mortal Gods; and Ungodly. Her books have been translated into over twenty languages, have been featured on multiple best-of-year lists, and have received many regional and librarian awards. Kendare lives and writes in Gig Harbor, Washington. Visit her online at www.kendareblake.com. 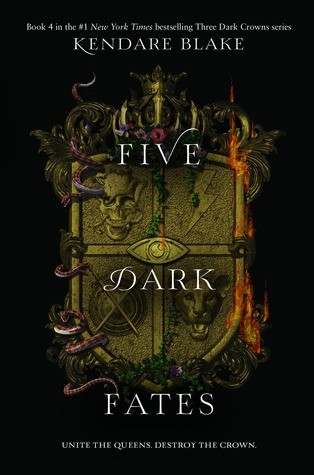 In the final book in the #1 New York Times bestselling Three Dark Crowns series, an all-out war is brewing—one that will pit sister against sister and dead against undead.

After the grim confrontation with Queen Katharine, the rebellion lies in tatters. Jules’s legion curse has been unbound, and it is up to Arsinoe to find a cure, even as the responsibility of stopping the ravaging mist lies heavy on her shoulders, and her shoulders alone. Mirabella has disappeared.

Katharine’s reign remains intact—for now. When Mirabella arrives, seemingly under a banner of truce, Katharine begins to yearn for the closeness that Mirabella and Arsinoe share. But as the two circle each other, the dead queens hiss caution—Mirabella is not to be trusted.

In this conclusion to the Three Dark Crowns series, three sisters will rise to fight as the secrets of Fennbirn’s history are laid bare. Allegiances will shift. Bonds will be tested. But the fate of the island lies in the hands of its queens. It always has.

Five Dark Fates was titled before it was finished. So...concurrently? And as for why the fourth book is titled FIVE, I pretty much knew I was screwed with these out of order numbered titles anyway (it was a lot simpler when there was only THREE Dark Crowns and ONE Dark Throne) so I said eff it. People are going to be confused no matter what, and I like the sound of the number five, and five makes more sense within the story, so...FIVE DARK FATES. Though for most of its prepublication life the book was called SIXTY-SEVEN DARK MAIDS-A-MILKING.

It is no longer possible to think back to those olden times. I guess things are easier now that I don't have to churn my own butter? Ah, those were the days. Writing Anna Dressed in Blood with my fountain pen, bouncing along in the back of Pa's buckboard. I'm exaggerating. But not by much. That's how it feels. I knew NOTHING back then. It's impossible to choose the most important thing I've learned when it feels like I've learned EVERYTHING. Well, except the five million things I still don't know.

CAMDEN'S SNARLY FACE! And the whole Fennbirn coat of arms. We were really running out of royal things to put on these covers. If there'd been a book five, we'd probably have had to put like, a chamber pot on it.

I can't say. I've been on a string of good ones: SADIE by Courtney Summers, IN THE WOODS by Tana French, GODS OF JADE AND SHADOW by Silvia Moreno Garcia. Not all of those came out in 2018, or 2019. But I recently read them.

A crime thriller vampire spree-murder book. And a fantasy about an order of female warrior heroes.

ALL OF THEM. This was the end. The end! THE END! And every word felt dire. I completely dragged my feet with this one, because I'm not ready to say goodbye to these girls, or this island.

Animal rights and welfare. Treating animals with respect and kindness. Environmentalism. We have to be protective of our natural resources. Conservationism is conserving, you know, life. If we all do a little, it will make a big difference.

Great info. I love all the posts, I really enjoyed, I would like more information about this, because it is very nice., Thanks for sharing.
duck life treasure hunt

0
Great info. I love all the posts, I really enjoyed, I would like more information about this, because it is very nice., Thanks for sharing. [url=http://ducklife4.games/duck-life-treasure-hunt]duck life treasure hunt[/url]
Cancel Update Comment

0
I'm so excited for this book ???
Cancel Update Comment
How to resolve AdBlock issue?
X