Today we're excited to chat with Katharine Orton author of

Read on for more about Katharine and her book, plus an giveaway. 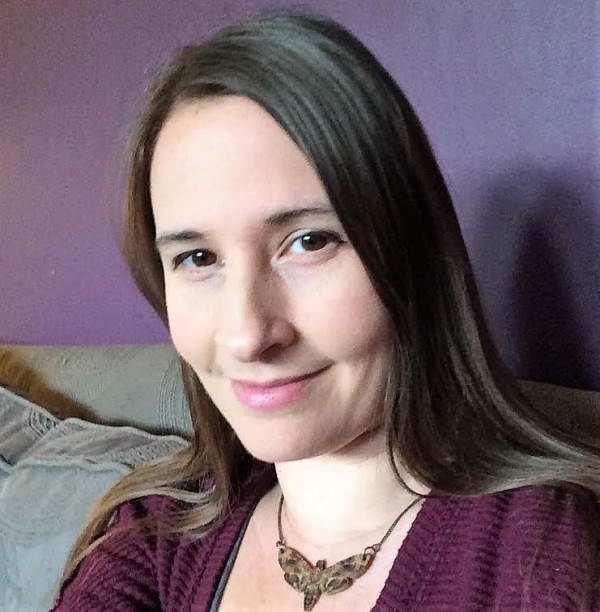 Katharine Orton has a master’s in creative writing. Nevertell is her debut novel. She lives in Bristol, England. 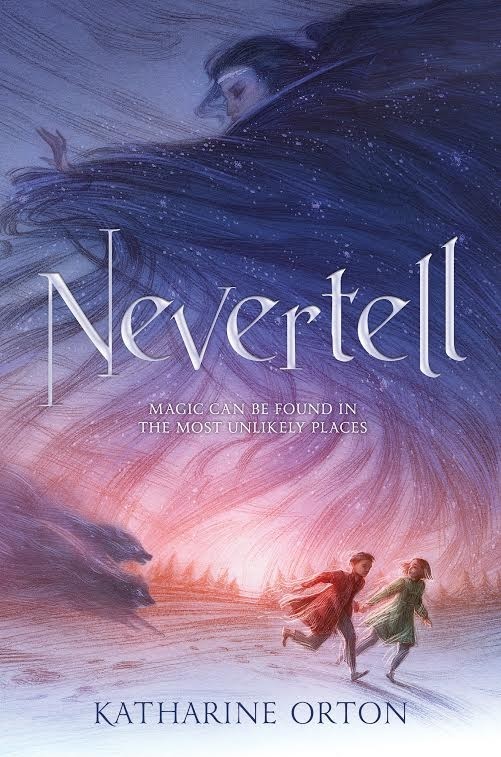 After escaping a Soviet prison camp, Lina is pursued by a powerful witch and her shadow wolves in a riveting debut that imbues frozen wilderness with fairy-tale magic.

All that twelve-year-old Lina knows of the world is the Stalinist labor camp where she was born, a place of hunger, cruelty, and deprivation. After a daring escape into the frigid Siberian wilds with her best friend, Bogdan, Lina vows to reach Moscow and find her long-lost grandmother, whom she hopes will help her return to the camp to rescue her mother. But out in the dark forests and haunted tundras, Lina and Bogdan catch the eye of a vengeful witch, a refugee of oppressive new laws about magic, who commands an army of shadow wolves. She seems drawn to some mysterious power within Lina herself. Pursued by the witch and in fear of recapture, Lina will need every ounce of courage she has -- and a whisper of her own magic -- if she and Bogdan are to survive the journey and bring hope to a dark place. An enthralling debut that weaves Russian fairy tales through fast-paced adventure.

I have a huge interest in Russian history, and also in fairy tales from all over the world, and I read in a non-fiction book called Inside The Rainbow that at one time in the Soviet Union children were not supposed to be told fairy tales. This really got me thinking about how important things like fantasy and imagination are to me, and about how the real and the imaginary mesh. And I wondered: how would people from the real world – as well as a magical one, if it existed – cope with that rule?

This is a hard question as they’re all my favourites in one way or another! But I’m a big fan of Lina’s mother, Katya. She’s so tough and daring, but also quite complicated. In many ways a great role model for Lina, who has to face so much through the book.

The title actually came first, and it refers to a big mystery at the core of the story…

Hmm. My favourite writing snack is anything that’s in the cupboard. Which isn’t ideal because I just turn into a snacking machine and forget about the writing…

YABC:  Thinking back to the beginning, what’s the most important thing you've learned as a writer from then to now?

I’ve learned so, so much from a practical point of view. But perhaps the most important is to write what interests me and put my heart into it. I did this with Nevertell thinking no one but me was likely to be interested in it. But it turns out of people are. The fact that it’s out in the world now still feels like a dream come true.

I love everything about it – Rovina Cai’s artwork is amazing – but especially the ominous presence of Svetlana, the witch, hovering over the running children, the ghostly shadow wolves giving chase, and for that matter the whole sense of movement it has about it. So… that’s everything then!

Sooo many books. I really want to read The Girl Who Stole an Elephant by Nizrana Farook, and A Pocketful of Stars by Aisha Busby. And I can’t wait for Blood Moon by Lucy Cuthew, which is all about period shaming but written in verse! Others on my TBR pile are Hamnet by the amazing Maggie O’Farrell, and Ponti by Sharlene Teo, who I saw at an event once and is probably the most good-humoured person you could ever hope to meet.

I just loved Lanny by Max Porter. That book astounded me. Wow. And The Way Past Winter by Kiran Millwood Hargrave was a really magical middle grade adventure. Not forgetting The Good Hawk by Joseph Elliott – another gripping adventure, this time more inside the YA bracket, with wonderful characters, one of whom has Down’s Syndrome. Sorry, I’ve just realised that’s three!

I’ve just handed in a draft of my second book to my editors. I’m really, really excited about how this one’s shaping up!

YABC:  Is there anything that you would like to add?
Which was the most difficult or emotional scene to narrate?

Revising I think. Drafting feels like just getting stuff down on the page in a big splurge. Revising feels like shaping it into the thing you always wanted it to be.

My imagination is my superpower. But it’s also my kryptonite as sometimes I can’t turn it off, and discover I’ve been daydreaming when I should’ve been listening to something important. I’m also really good at untangling things. Especially slinkies.

Amnesty International does amazing work sticking up for human rights all over the world and holding governments to account wherever necessary. I think we need organisations like that now more than ever and it’s something I feel strongly about (which I hope is apparent in Nevertell). Luckily there are lots of ways to support Amnesty’s work to help them take on injustice and inequality where they see it.

The cover is gorgeous and shows the action promised in the exciting synopsis.

0
The cover is gorgeous and shows the action promised in the exciting synopsis.
Cancel Update Comment

I love the cover art for this book. It's gorgeous!

0
I love the cover art for this book. It's gorgeous!
Cancel Update Comment

The cover is ominous and striking. The story sounds suspenseful and exciting.

0
The cover is ominous and striking. The story sounds suspenseful and exciting.
Cancel Update Comment

What a beautiful cover! The story sounds amazing too. Can't wait to read it.

0
What a beautiful cover! The story sounds amazing too. Can't wait to read it.
Cancel Update Comment

The cover is absolutely gorgeous and the synopsis is even better!

0
The cover is absolutely gorgeous and the synopsis is even better!
Cancel Update Comment
How to resolve AdBlock issue?
X