Author Chat with Kara Bietz (Sidelined), Plus Giveaway! ~ (US Only) Today we are chatting with Kara Bietz, author of

Read on for more about Kara, her book, and giveaway! 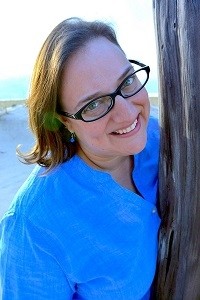 Kara Bietz was born and raised in New England but now resides in north Georgia with her family. Sidelined is her second novel. She invites you to visit her online at karabietz.com or on Twitter and Instagram @karamb75. 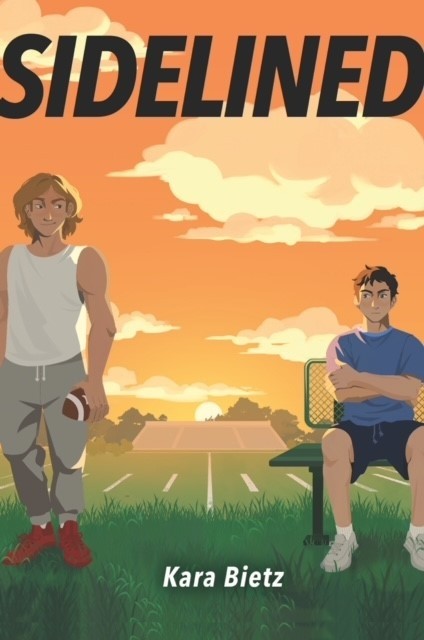 Julian Jackson has a short to-do list for his senior year at Crenshaw County High School in Meridian, Texas: football, football, and more football. He knows he's only got one chance to earn a college scholarship and make it out of his small town, and keeping his head down, his grades up, and his cleats on the field is that one chance. And then Elijah Vance walks back into his life, throwing all of his carefully-laid plans into a tailspin.

Elijah and Julian used to be best friends, maybe even on their way to something more than just friends. But three years ago, Elijah broke into the school to steal money from the coach's office, and Julian was the one who turned him in. After that, Elijah and his family disappeared without a trace. And now he's back, sitting at Julian's grandmother's kitchen table.

But time and distance haven't erased all of their feelings, and Elijah knows that he finally has a chance to prove to Julian that he's not the same person he was three years ago. But with secrets still growing between them and an uncertain future barreling towards them, it may be harder to lean on each other than they thought.

I lived in Texas for a few years and worked in a high school guidance office and later in the school library. I learned so much about the culture of high school football and homecoming, and just how important some of these traditions are to the students and honestly, the whole school community. I also had a personal wish to see more joyful stories with queer characters falling in love, feeling safe and respected in their neighborhoods, and being loved and celebrated by their families. These two things were front and center in my life when I began writing Sidelined.

Other than my two main characters, Julian and Elijah, my favorite character in the book is Bucky! He was so much fun to write, and I know he has a really interesting backstory. Backstory for side characters rarely ever makes it into a final draft of a book, of course. But this time, it made me a little sad that I didn’t get to share those pieces of Bucky with readers! Who knows, maybe somewhere down the line I’ll write Bucky his own story and share all the wonderful things I know about him with readers.

The novel definitely came first! Titles that the author dreams up are often just placeholders, and more brainstorming comes when your agent and later your editor reads the manuscript. In this instance, the title for Sidelined wasn’t decided upon until it had found a home and an editor!

Honestly? This may come as a surprise, but I think I’m most proud of the football scenes! I am a huge basketball fan, but honestly hadn’t watched a ton of high school football before I started writing Sidelined. I made sure I was front and center for a whole lot of games once I started writing! And in the spring and summer months, YouTube and binge-watching episodes of QB1 on Netflix had to take the place of my bleacher seat on the 50-yard-line. I did a lot of research for the football scenes that were included in the book, and I’m proud of everything I learned in a short time!

Of the things I’ve learned over the years, the lesson that has really stuck with me is remembering to give yourself grace. There is a lot of pressure to succeed, to produce huge word counts, to be charming on social media, and to always present the best pieces of yourself. Loading yourself up with the weight of that much expectation can be debilitating. I’ve learned, through my own missteps and by listening to other creatives, that it’s okay to have a fallow period. And I don’t just mean between projects. Sometimes you need to let your subconscious work through things while you step far away from your computer. Knit a scarf. Dig in the dirt. Draw something. Work with clay or play-doh! Keep your hands busy in some way that is not typing. Your story will almost always thank you for it. And your emotional health will always be better for it.

My cover artist, Ashlena Sharma, is absolutely fantastic. While the entire cover is stunning, my favorite part is the emotion captured on both Julian’s and Elijah’s faces. She managed to grab exactly the right expression on each of their faces to really convey their early feelings about each other. I love it.

Rise to the Sun by Leah Johnson was released in July but I haven’t had a chance to read it yet. You Should See Me in a Crown is one of my favorites and I’m looking forward to reading another by this same author! I’m also looking forward to getting my hands on Jay Cole’s newest release, Things We Couldn’t Say.

I have a couple of (secret) projects cooking at the moment. I’m so excited to share details when the time is right!

I love discovering things about my characters and scene-setting and deciding which turns a plot will take, but I’m much happier in the revision stage of writing than I am while crafting a first draft! All of those blank pages ahead of me during the drafting stage can make me anxious and writing with anxiety is like swimming with a cinder block around your middle: you might be able to power through for a little while but it’s not going to end well. That first revision is when you can uncover all the hidden gems you wrote while drafting. Those tiny diamonds are where the real story lies and pulling them from the rubble and setting them aside is the best kind of treasure hunt. Crafting a story around those first strokes of brilliance is what I love the most about writing, and those shining moments aren’t usually obvious until you’ve finished what Anne Lamott refers to as a “shitty first draft”.

Empathy is my superpower. It took me a lot of years to be able to see it that way. Empathy felt like a weakness as I was growing up, feeling emotions stronger and bigger and more physically than what’s considered “normal” is exhausting and can feel like a burden. However, I came to be more accepting of this piece of me as I became an adult. Now, I’m pretty sure it’s part of the reason I’m able to write.

The Trevor Project provides crisis intervention and suicide prevention to LGBTQ youth through an anonymous hotline, text, and chat. They also have a very active legislative advocacy department. I know that there are LGBTQ youth that lack family or community support, and The Trevor Project offers resources and support for those who may not know where else to turn.   That is something that’s very important to me and my family.

So excited for this book! I love the cover and sports romances are my favorite. A story about former best friends who find their way back to each other and fall in love sounds right up my alley.

0
So excited for this book! I love the cover and sports romances are my favorite. A story about former best friends who find their way back to each other and fall in love sounds right up my alley.
Cancel Update Comment

I had not heard of this book until I saw it on the site! Love the cover and from the description sounds like a book I would absolutely read. I can't wait to check it out!

0
I had not heard of this book until I saw it on the site! Love the cover and from the description sounds like a book I would absolutely read. I can't wait to check it out!
Cancel Update Comment

This book has been on my tbr since I heard about it and I can't wait to read it!

0
This book has been on my tbr since I heard about it and I can't wait to read it!
Cancel Update Comment

This sounds exactly like a book I'd read! And I love the cover.

Love this cover! Can't wait to read this one