Today we're excited to chat with Justin Reynolds author of

Read on for more about Justin and his book, plus a giveaway! 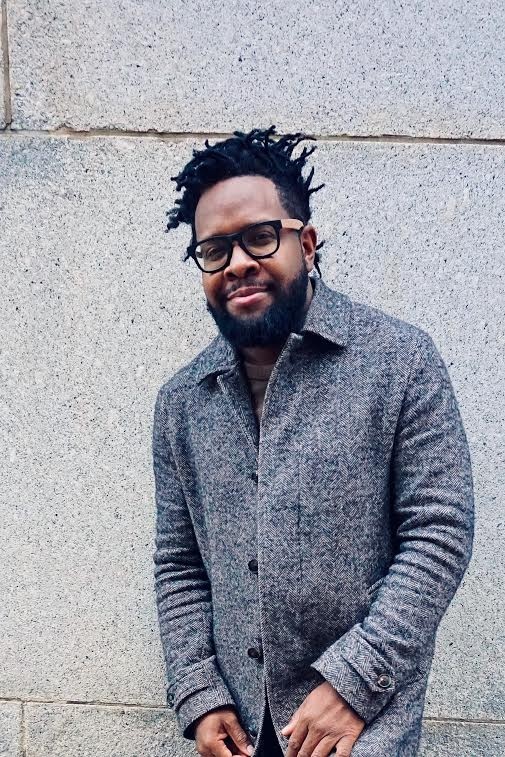 justin a. reynolds has always wanted to be a writer. Opposite of Always, his debut novel, was an Indies Introduce selection and a School Library Journal Best Book, has been translated into seventeen languages, and is being developed for film with Paramount Players. He lives in northeast Ohio with his family. You can find him at www.justinareynolds.com. 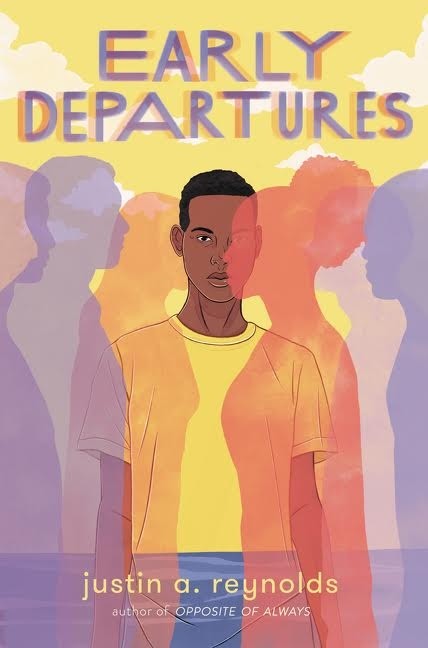 Justin A. Reynolds, author of Opposite of Always, delivers another smart, funny, and powerful stand-alone YA contemporary novel, with a speculative twist in which Jamal’s best friend is brought back to life after a freak accident . . . but they only have a short time together before he will die again.

He also doesn’t know that Jamal tried to save his life, rescuing him from drowning only to watch Q die later in the hospital. Even more complicated, Jamal and Q haven’t been best friends in two years—not since Jamal’s parents died in a car accident, leaving him and his sister to carry on without them. Grief swallowed Jamal whole, and he blamed Q for causing the accident.

But what if Jamal could have a second chance? An impossible chance that would grant him the opportunity to say goodbye to his best friend? A new health-care technology allows Q to be reanimated—brought back to life like the old Q again. But there’s a catch: Q will only reanimate for a short time before he dies . . . forever.

Jamal is determined to make things right with Q, but grief is hard to shake. And he can’t tell Q why he’s suddenly trying to be friends with him again. Because Q has no idea that he died, and Q’s mom is not about to let anyone ruin the miracle by telling him. How can Jamal fix his friendship with Q if he can’t tell him the truth?

It was inspired by the death of my very good friend, but it started with the question: can we ever get back the important things that we’ve loss?

The title came early into my first draft. I usually create a title more as a placeholder and I didn’t think Early Departures would actually stick, but everyone liked it, so the title eventually became official.

Pistachios. But in the shells.

There’s a lot to love about the cover. The artist, Stephanie Singleton, really nailed that haunting feeling that’s prevalent in Early Departures from beginning to end. I love the waves, too—the notion of perpetual motion, the same way that time moves on and on, whether we want it to or not.

In the Dream House by Carmen Maria Machado. She’s a master storyteller.

Shock Waves is due out early next year (2021); it’s a Spider-Man: Miles Morales graphic novel, which was amazing to work on. Working within the Marvel Universe is definitely a dream come true and for it to happen via Miles is far more than I could’ve ever hoped for. Also, I’m co-writing a middle grade series with former NBA All-Star Caron Butler; the first title is called Shot Clock and it follows a kid living in a community with limited resources, as he learns how to navigate life on and off the court.

I enjoy and hate both equally, haha. I like drafting because the sky is the limit and you’re free to go anywhere and everywhere in the search for the best story. But that can also be a curse, because there’s so much latitude. On the other hand, revising is nice because you already have the bones of the story, all the major beats are there, and now you’re just refining it. But I suppose there’s less freedom to roam in a revision, so there’s that, too.

Procrastination. I work best when my back’s against the wall—or maybe I think that because that’s the way I always work, ha.

We Need Diverse Books (WNDB)—they work hard to not only show the urgent need for diversity within literature, but they share their platform with authors and creators, and that’s so important.

Author Chat with Michael Daswick (Zin Mignon and the Secret of the Pickled Pigs Feet), Plus Giveaway! ~ (INT)

I can't wait to read this one!

0
I can't wait to read this one!
Cancel Update Comment

This sounds so good! And the cover is beautiful.

0
This sounds so good! And the cover is beautiful.
Cancel Update Comment

What a unique way to explore both grief and regret. The cover is also very alluring.

0
What a unique way to explore both grief and regret. The cover is also very alluring.
Cancel Update Comment

Absolutely stunning cover and sounds like an amazing read. Added to my Goodreads!

added to my TBR for next month

0
added to my TBR for next month
Cancel Update Comment

I love this cover and the synopsis makes me want to read this book soon.

0
I love this cover and the synopsis makes me want to read this book soon.
Cancel Update Comment

The cover is haunting and the synopsis shows an important story about grief, loss and regrets.

0
The cover is haunting and the synopsis shows an important story about grief, loss and regrets.
Cancel Update Comment
How to resolve AdBlock issue?
X