Today we're excited to chat with Julie Moffett author of

Read on for more about Julie, her book, plus an giveaway! 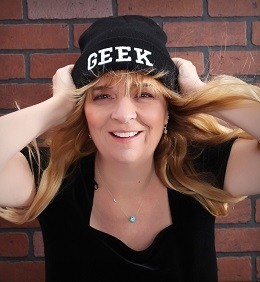 Julie Moffett is the bestselling author of the long-running, geeky Lexi Carmichael Mystery Series that USA Today says: "...runs a riveting gamut from hilarious to deadly, and the perfectly paced action in between will have you hanging on to Lexi's every word and breathless for her next geeked-out adventure." Julie also writes the young adult White Knights spin-off series featuring a cool, teenage hacker girl. Julie's been publishing books for 25 years, but writing for a lot longer. She writes in the genres of mystery, young adult, historical romance and paranormal romance.

Julie is a military brat (Air Force) and has traveled extensively. Her more exciting exploits include attending high school in Okinawa, Japan; backpacking around Europe and Scandinavia for several months; a year-long college graduate study in Warsaw, Poland; and a wonderful trip to Scotland and Ireland where she fell in love with castles, kilts and brogues.

Julie has a B.A. in Political Science and Russian Language from Colorado College, a M.A. in International Affairs from The George Washington University in Washington, D.C. and an M.Ed from Liberty University. She has worked as a proposal writer, journalist, teacher, librarian and researcher. Julie speaks Russian and Polish and has two awesome sons. 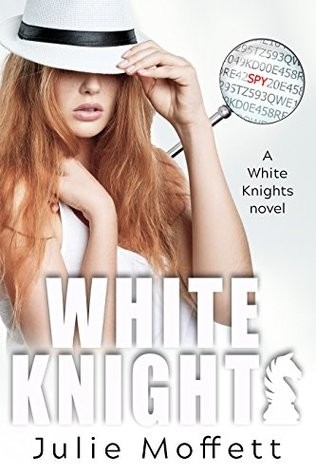 My name is Angel Sinclair. I’m the youngest senior at Excalibur Academy for the Technologically Gifted and Talented in Washington, DC. I was pushed ahead a year because of my high IQ and considerable prowess behind the keyboard, making me an outcast even among my own peers.

I’ve been looking for my dad all my life. A brilliant mathematician and cryptographer, he disappeared under mysterious circumstances when I was eighteen months old. Although my mom tells me I must put him in my past, it only makes me more determined to find out what happened to him. When weird accidents start happening at my school and the vice principal is involved in a deadly incident, I don’t see it as a coincidence.

After launching my own investigation, with the aid of an unexpected set of allies calling themselves the White Knights, I discover a threat far greater than I ever could have imagined.I could take my discoveries to the authorities, but my own investigative methods would be at risk. Can anyone say hacking? No, it’s up to me to set things right. My objectives are straightforward: clear the name of the vice principal, learn the truth about my father, and stay alive. In other words, save the day and try not to look too much like a dork while doing it.

YABC:  What gave you the inspiration to write this series?

The White Knights Spy/Mystery Series is a teen spin-off of my popular geeky and adventurous Lexi Carmichael Mystery Series. Both series feature geeky, socially awkward girls/women who are kicking it in the male-dominated field of IT. They are brilliant and driven, excellent hackers and coders, saving the world one brain at a time. For both series, I tried to keep it real when writing the challenges faced by women in the field. I also try to stay true to both of the main characters who are introverts and struggle with social interaction.

I really like all the characters in the White Knights Spy/Mystery Series. Angel, is the main character, is geeky and a loner. She doesn't like people, doesn't think she needs people, until she does. And she is genuinely surprised by the benefits and value of friendship and teamwork. Frankie Chang is Angel's first friend and is the opposite of Angel, outgoing, friendly to a fault, and brilliant in her own way. Wally Harris is a hacker like Angel, and while there is a little friendly competition going on between them, they both find its far more lucrative and fun to work together instead of against each other.

I also like popcorn (all flavors) and habanero BBQ almonds. Yum!

I think the most important thing I've learned as a writer is that writing is hard work, but if it's your dream, don't give up. Keep writing, keep perfecting your art, and eventually you'll reap the rewards. I feel extremely lucky that my very first book was plucked from the slush pile back in the days when there was no digital publishing. I've been writing since, and never looked back!

I really like my covers. My cover artist, Su at Earthly Charms, is so talented and thought we should feature a white hat on the cover, since the teens were "white hat hackers." After the first book came out, my sister bought me a hat just like the one on the covers and I wear it at book signings. So. Much. Fun.

I'm currently reading the last book in Julie Kagawa's Shadow of the Fox Series, Night of the Dragon, and next up is Rick Riordan's Trials of Apollo Series.

Tatooist of Auschwitz by Heather Morris. Gut wrenching, heartbreaking and triumphant at the same time.

My superpower is making books out of a LOT of coffee and sleepless nights.

Especially since I have a full-time day job AND am am single mom of two boys.

I really love animals, so shelters and organizations that protect and take care of creatures large and small have a special place in my heart. My boys and I are also guinea pig lovers, we love them so much and currently have two, so guinea pig rescues are especially close to our hearts. 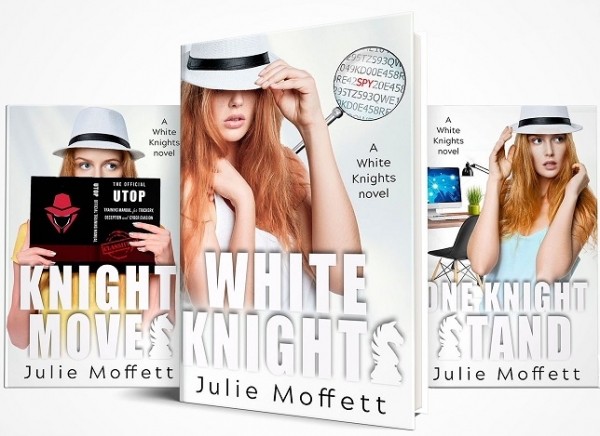 Spotlight on StarLion: Thieves of the Red Night (Leon Langford), Excerpt, Plus Giveaway! ~ (US Only)

It's Live! Cover Reveal: Gaslight (Rachael Rose), Exclusive Excerpt, Plus Giveaway! ~ (US Only)

I love Julie's Lexi Carmichael series! I have not yet read the White Knight series but I will! I do like the cover on White Knights!

0
I love Julie's Lexi Carmichael series! I have not yet read the White Knight series but I will! I do like the cover on White Knights!
Cancel Update Comment

Great cover to match this detective story with a twist! Looking forward to reading this book.

0
Great cover to match this detective story with a twist! Looking forward to reading this book.
Cancel Update Comment
How to resolve AdBlock issue?
X