Author Chat with Julia Drake (The Last True Poets of the Sea), Plus Giveaway! ~ (US Only) Today we're excited to chat with Julia Drake author of

The Last True Poets of the Sea.

Read on for more about Julia, her book, plus an giveaway! 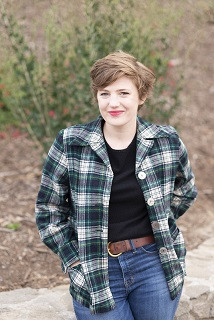 Julia Drake grew up outside Philadelphia. As a teenager, she played some of Shakespeare's best heroines in her high school theater program, and their stories would stay with her forever. She received her BA in Spanish from Williams College, and her MFA in creative writing from Columbia University, where she also taught writing to first-year students. She currently works as a book coach for aspiring writers and teaches creative writing classes for Writopia, a nonprofit that fosters love of writing in young adults. She lives in San Francisco with her partner and their rescue rabbit, Ned.

Meet The Last True Poets of the Sea! 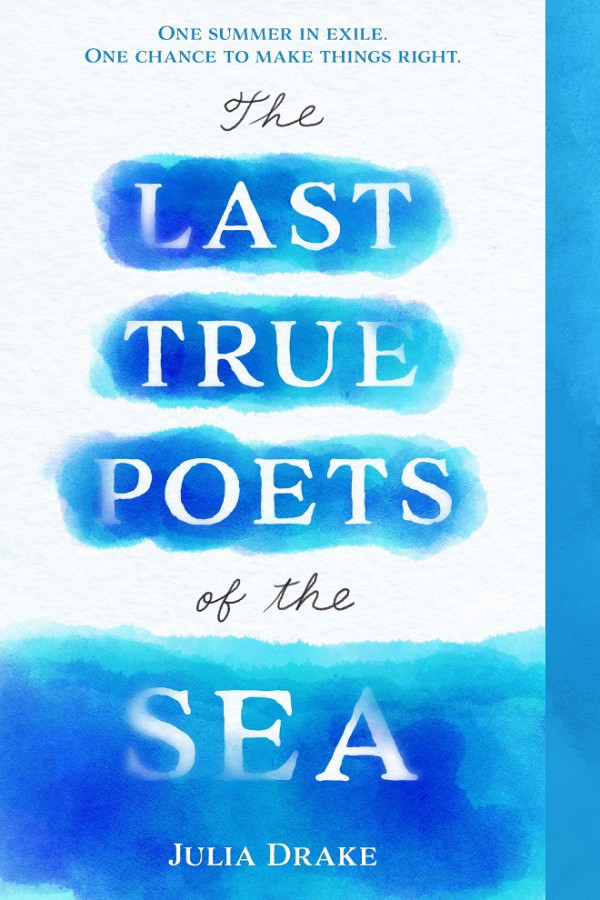 Fans of Far from the Tree, We Are Okay and Emergency Contact will love this epic, utterly unforgettable contemporary novel about a lost shipwreck, a missing piece of family history, and weathering the storms of life.

The Larkin family isn't just lucky—they persevere. At least that's what Violet and her younger brother, Sam, were always told. When the Lyric sank off the coast of Maine, their great-great-great-grandmother didn't drown like the rest of the passengers. No, Fidelia swam to shore, fell in love, and founded Lyric, Maine, the town Violet and Sam returned to every summer. But wrecks seem to run in the family: Tall, funny, musical Violet can't stop partying with the wrong people. And, one beautiful summer day, brilliant, sensitive Sam attempts to take his own life.

Shipped back to Lyric while Sam is in treatment, Violet is haunted by her family's missing piece—the lost shipwreck she and Sam dreamed of discovering when they were children. Desperate to make amends, Violet embarks on a wildly ambitious mission: locate the Lyric, lain hidden in a watery grave for over a century. She finds a fellow wreck hunter in Liv Stone, an amateur local historian whose sparkling intelligence and guarded gray eyes make Violet ache in an exhilarating new way. Whether or not they find the Lyric, the journey Violet takes—and the bridges she builds along the way—may be the start of something like survival.

Epic, funny, and sweepingly romantic, The Last True Poets of the Sea is an astonishing debut about the strength it takes to swim up from a wreck.

The Last True Poets of the Sea was originally inspired by Shakespeare's Twelfth Night, a melancholy comedy near and dear to my heart. Viola is my favorite of Shakespeare's heroines - she's sweet and vulnerable, witty and charming - and I wanted to reimagine her relationship with Olivia through a queer lens. The book grew from there.

This is such a hard question, but I love Toby dearly - he's so full of compassion, good humor, and wisdom. But I also had a lot of fun writing Felix, a secondary character with a big personality. He loves tarot and works in an antique store and tends to have a flair for the dramatic.

The novel! For years it was saved in my computer as simply "Twelfth Night," or scribbled in a notebook labelled "WRECK" (which doesn't seem very optimistic in retrospect). I titled it fairly late in the process and for a long time thought I would borrow a quote from Twelfth Night. "This Most Happy Wreck" was a contender, as was "A Wreck Past Hope," which comes from Antonio's beautiful speech about his devotion to Sebastian. Ultimately, though, I found the title in Jacques Cousteau's Diving for Sunken Treasure, and as soon as I read the phrase, I knew it was a winner.

The tea leaf reading scene with Violet, Liv and Felix was one of the first scenes I wrote - before Liv and Felix even existed as characters! I must've written and rewritten that scene fifty times, adding characters, deleting characters, changing the relationships dynamics, changing what they saw in the leaves, changing their takeaways. I'm proud of that scene because it would've been so much easier to just say "forget it!" and delete it entirely. Likewise the scene that follows, where Violet meets Liv's parents, took me a few tries to get right, but I love the outcome, and the quick snapshot you get of Liv's home life.

Be patient with yourself (to be honest, I'm still working on this!).

I can't choose just one, so I loved GIRL, WOMAN, OTHER by Bernadine Evaristo and EVERY BODY LOOKING by Candice Iloh. Also, this is perhaps unfair because you can't read it yet, but I read a draft of my friend Amy Feltman's third novel that I absolutely LOVED. In the meantime her second book, ALL THE THINGS WE DON'T TALK ABOUT is coming out next year!

I'm working on a young adult novel to be published by Little, Brown Books for Young Readers in 2022. There's a dog in it. Also a road trip.

Orion took forever to come into focus! I couldn't hear his voice in my head. He either came out sounding kind of mean or super boring - neither of which I was going for.  Eventually, I was working on his first scene with Violet, and I had him say, "shoot." I could suddenly hear him so much more clearly: earnest and steadfast, maybe even verging on dorky, but so self-assured he pulls it off.

Revising by a mile. Drafting is like pulling teeth for me, in part because I know I'll have to revise it all later. But I suppose I do a lot of drafting during revising, because I tend to write short and underdeveloped and go back in and add padding. But revising - or drafting while revising - is satisfying in that way because it feels like my job is more about putting the puzzle together rather than coming up with a story. Every once in a while, though, I have those magical drafting days where everything feels like it's falling into place and the words are coming from nowhere, and I'll remember that drafting has its moments, too.

The Last True Poets of the Sea

This book sounds so interesting and the cover is really cool!

0
This book sounds so interesting and the cover is really cool!
Cancel Update Comment

I am really excited for this book!!

0
I am really excited for this book!!
Cancel Update Comment

This sounds like an amazing book that I really look forward to reading.

The cover is pretty and this book sounds emotional and so good.

0
The cover is pretty and this book sounds emotional and so good.
Cancel Update Comment

There is so much going on in this book. The cover is beautiful.

0
There is so much going on in this book. The cover is beautiful.
Cancel Update Comment
How to resolve AdBlock issue?
X