Author Chat with Jon Robinson (Sunshine and the Full Moon), Plus Giveaway! ~ (US Only) Today we're excited to chat with Jon Robinson author of

Sunshine and the Full Moon.

Read on for more about Jon, his book, plus an giveaway! 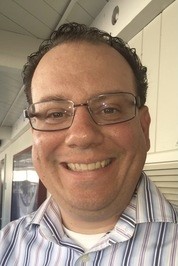 Jon Robinson is an award-winning author and journalist whose work has appeared across ESPN, Sports Illustrated, and IGN.com. He has written eight books, including Rumble Road, The Attitude Era, NXT: The Future is Now, and Creating the Mania. His book The Ultimate Warrior: A Life Lived Forever won the IBPA Benjamin Franklin Award for Best Biography.

Meet Sunshine and the Full Moon! 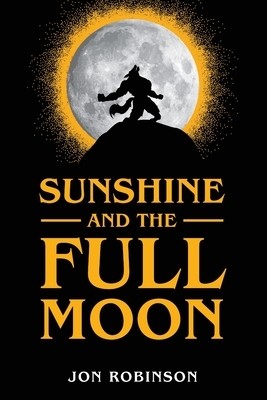 A werewolf attack. A missing girl. A teenager scratching and scrapping for every asthmatic breath in the clutches of evil.
Sunshine Robins is having a summer to forget. First, the sassy softball superstar breaks her arm during a heroic home run, and now her trip to the California Gold Country has taken a frightening turn as a geocaching exploration leads to the terrifying discovery of a shapeshifting creature lurking beneath the streets of Dathanville.
As she puts the pieces together about the town's haunting past, a determined Sunshine must fight through her own bouts of anxiety and fear as she stares down the devilish beast looking to destroy Dathanville . . . one victim at a time.
A suspenseful adventure bustling with mystery and monsters, it all ignites with a line drive and a silver bullet.

Q&A between Jon Robinson and the real “Sunshine” 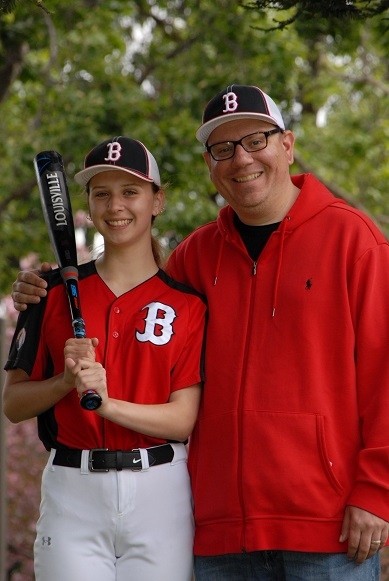 A fun exchange between father and daughter—the real-life inspiration for the Sunshine character...

Jon: So, how does it feel to have the main character in my book based on you? Did I do you justice?

Sunshine: I guess now I know why you were following me around with a notebook and writing things down every time I made you laugh. It’s pretty crazy to think that when people are talking about how funny the character is in the book, they’re actually talking about me.

Jon: Can you give us a few examples of ways in which you’re different from Sunshine?

Sunshine: In the original manuscript, I swear a lot more, so if the book becomes popular, maybe people will want to read the Sunshine-cut of the book. I also stopped playing softball at 10 and switched to playing baseball against the boys, so that also jumped out to me as you have me still playing softball.

Jon: Is there anything you want me to keep in mind as I write this character for my second book in the series?

Sunshine: Sunshine fought a werewolf in the first book, so no way some bully at school or anyone else should step to her. Haha. I’m curious where you’re going with this, especially since I know you’ve already started working on the sequel. I just hope people like the character and that people can relate to the realness behind the things Sunshine says and does, even in the unreal world of werewolves, if you know what I mean.

Sunshine: How’s it feel to have such a badass daughter to inspire your Sunshine character?

Jon: You’re a girl who won her first martial arts tournament, made her high school boys baseball team as the only girl, and cracks me up on a daily basis. Badass is an understatement.

Sunshine: Do you really think I’m sassy? ...or more like cheeky?

Jon: You are the definition of sassy, no doubt.

Sunshine: When the book sells like crazy, how much is my cut from the profits?

Jon: See, that’s just the kind of sass I’m talking about … and love.

Sunshine: No, seriously, how much are you going to give me?

Jon: How about we start with a new bat and glove and go from there?

Sunshine: I’ll make that deal as long as you tell me the title to the sequel.

Jon: Sunshine and Eternal Darkness. Sorry, babe, you’re about to step into the world of vampires.

Sunshine: I’m so down!

Sunshine and the Full Moon

Sunshine and the Full Moon

The cover is just okay. The synopsis is unique and intriguing.

0
The cover is just okay. The synopsis is unique and intriguing.
Cancel Update Comment

The cover reminds of Halloween. The synopsis sounds interesting and original.

0
The cover reminds of Halloween. The synopsis sounds interesting and original.
Cancel Update Comment
How to resolve AdBlock issue?
X