Author Chat with Jodi Meadows (Nightrender), Plus Giveaway! ~ US Only Today we are chatting with Jodi Meadows, author of

Read on for more about Jodi, her book and giveaway! 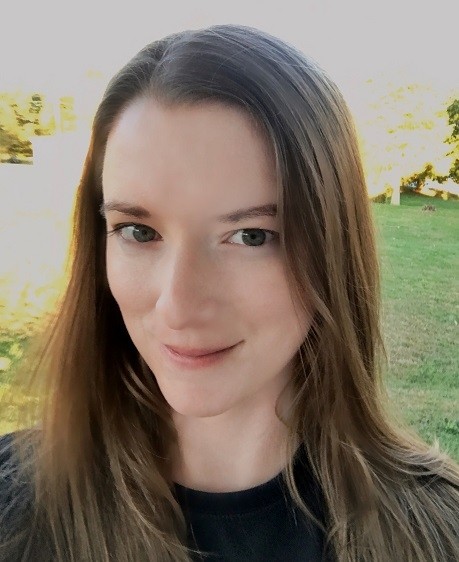 Jodi Meadows is the author of the Orphan Queen duology and the Incarnate and Fallen Isles trilogies, as well as a coauthor of New York Times bestsellers My Lady Jane and My Plain Jane. You can visit her website at JodiMeadows.com, and connect with her on Twitter @jodimeadows and on Instagram @unicornwarlord. She lives in rural Virginia. 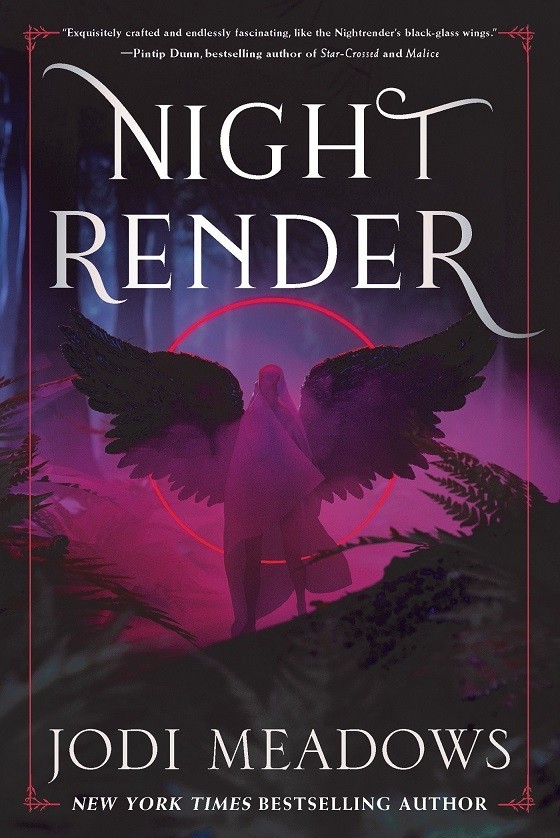 In the middle of nothingness is the island of Salvation. Reality bends easily here. Villages disappear. Forests burn forever. Pockets of inconsistent time are everywhere, their boundaries strung with yellow ribbon. And the three kingdoms of Salvation have been at war for a thousand years. But the greatest threat is the Malice, an incursion from the demon plane slowly tearing its way through the world’s weakest seams. Not that the human world takes much interest. Of more concern is the upcoming marriage of Rune Highcrown, Prince of Caberwill, and Johanne Fortuin, Princess of Embria—the serpent bride, a girl of famous cunning—which offers a possible end to the ancient conflict. But Rune has perceived the growing darkness, and he is determined to summon mankind’s only defense: Nightrender, the hammer of the gods, an immortal warrior more weapon than girl. There is only one problem. The last time she was summoned, she slaughtered every royal in Salvation, and no one knows why. Will she save humanity from the Malice ... or plunge it deeper into the fires of eternal war? Kingdoms will fall, gods will die, and hearts will be broken in this sprawling new fantasy, the first in a duology, from New York Times bestselling author Jodi Meadows. Told in three perspectives, Nightrender combines lush, romantic, high-fantasy drama with surreal, speculative horror.

Inspiration comes from all over, and I can't always pinpoint where a story began. But with NIGHTRENDER, I actually can give you a few starting points.

One: In 2006, I wrote the opening for a story. (It stayed an opening. Nothing ever happened with it.) The page describes a young woman waking in a tomb after a long slumber. Outside, there's a king and a prince, and both expect something from her, but their motivations are unclear. Yet, it is obvious that she is needed -- for some reason. Where did that come from, I don't know. But the image of this awakening stayed with me for over a decade before I finally began to piece it together with another haunting image. . . .

Two: In the video game Morrowind, there's something called the Ghost Fence, which traps all manner of blighted creatures. The area within the Ghost Fence is terrifying, deadly. And yet, I couldn't stop thinking about how such a thing was made, or the monsters that lived there. And so, as I was crafting the world of NIGHTRENDER, working out my own monsters and magical rules, I placed a sphere in the center of Salvation -- a barrier none could breach. Magic, built to keep the demonic rancor inside, meant to prevent the dark energy of malice from spreading across the world. But as the pressure of malice builds, the Malstop begins to weaken, and the rancor inside wait for it to fall. . . .

And finally, three: I knew I wanted to write a story about a hero, an immortal champion in a dire situation. I brainstormed dozens of ideas before the awakening and the barrier came together. If the barrier falls, the hero will be needed to save the world once more.

I try not to choose favorites, but considering that Nightrender got the title . . . I probably have to say she's my favorite. Nightrender's main goal is to fulfill her duty and stop the Incursion from getting worse. Already, one of the demonic rancor has escaped its prison. A princess has been trapped. And one of the three kingdoms is breaching the ancient Winterfast Accords, which forbid any kingdom from using malice (dark, magical energy from another dimension) against the others. Things are not going well, to say the least. But Nightrender is the person you want with you in a crisis. She keeps a cool head. She's decisive. And she understands what's at stake. Secretly, though, Nightrender is worried. Afraid. She's changing, and none of the changes seem good.

Novel, definitely. This is almost always the case for me, since I tend to find titles elusive. But NIGHTRENDER -- though it came second -- was not actually a difficult title to land on. It was a cool word. It was the main character. It worked.

Oh I have several I'm proud of. Every fight scene, to be honest. They are difficult for me and I'm always relieved when they turn out! But also, I love the first scene, with Hanne and her cousin discussing their plan for world domination. I love Rune deciding that enough is enough and someone must summon the Nightrender. And I love Nightrender's awakening. I love all of it, really. And I'm proud of the whole book.

Everything! The cover for NIGHTRENDER is mysterious. Dangerous. The figure hints at strength, the mist is menacing, and of course those wings stand out, creating the perfect silhouette against the dark forest. Plus, I love the border, and the way the R slices through it.

Since NIGHTRENDER is the first in a duology, getting the sequel into shape is my next task! I'm expecting DAWNBREAKER will be out in Spring 2023!  Also, because that isn't enough, MY IMAGINARY MARY is coming next summer, and another Mary book the year after! (What is sleep??)

Insert any fight scene here. I always find them difficult! And for some reason, I keep adding them to my books. But, because they are so tough for me, I'm always very proud of them when they finally take shape.

It probably isn't considered a superpower, but I do think that knitting, spinning, and other yarn-related activities are good apocalypse skills to have. Look, when the internet goes dark and we're plunged into life on the dangerous road to Somewhere Safe, you're going to want someone who knows how to make fingerless gloves or mittens on your team. The first rule of the end of the world is to dress sharp! (Followed closely by staying hydrated.)

Author Chat with Elana K. Arnold (Just Harriet), Plus Giveaway! ~ (US Only)

Author Chat with Ibi Zoboi (Star Child), Plus Giveaway! ~ (US Only)

The cover is dark and mysterious. The synopsis is an attention getter.

0
The cover is dark and mysterious. The synopsis is an attention getter.
Cancel Update Comment

The cover gives me creepy vibes, which I am here for, and the synopsis is sort of confusing yet intriguing.