Today we're excited to chat with Jeff Sweat, author of Mayfly! Read on for more about Jeff and his book! 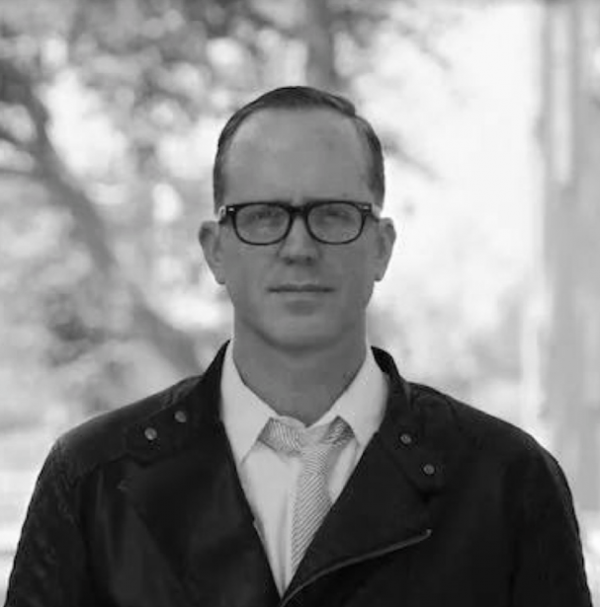 Jeff Sweat has made a living from words his entire career, starting out as an award- winning tech journalist for InformationWeek magazine and moving into marketing. He

led the content marketing team for Yahoo and pioneered its use of social media. He directed PR for two of the top advertising agencies in the country, Deutsch LA and 72andSunny. He now runs his own Los Angeles–based PR and marketing agency, Mister Sweat. 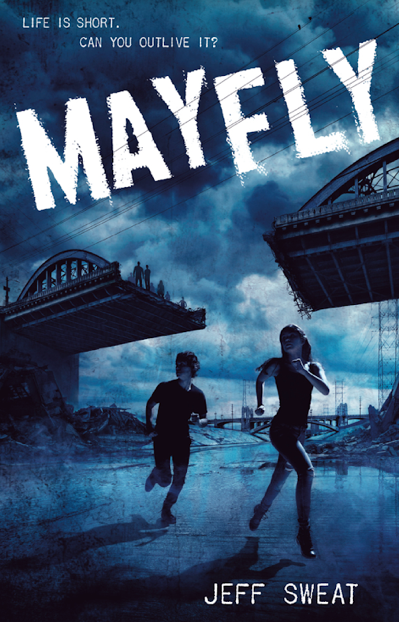 A futuristic thriller that pits teens against teens.

Jemma has spent her life scavenging tools and supplies in her tribe's small enclave outside what used to be a big city. Now she’s a teen, and old enough to become a Mama. Making babies is how her people survive—in Jemma’s world, life ends at age seventeen.

Survival has eclipsed love ever since the Parents died of a mysterious plague. But Jemma’s connection to a boy named Apple is stronger than her duty as a Mama. Forced to leave, Jemma and Apple are joined in exile by a mysterious boy who claims to know what is causing them to die. The world is crumbling around them, and their time is running out. Life is short. Can they outlive it?

A Chat with Jeff Sweat:

Then I read a study that said that humanity had two major population booms: when we developed agriculture, and when we became old enough to have grandparents, at about age 30. Having “old” people around meant a memory to find food and water and avoid danger. It meant calmer heads to avoid war. So I asked myself: what would happen to the world if no one ever got old? We might survive, but civilization as we know it would cease to exist. And I knew that was the story I had to write.

My characters tend to be kids that, however flawed, I would have liked to have known when I was a teen, that I’d be proud to have as a kid of my own. But I think I like Pico the best—he doesn’t fit into this world of his, he knows it, and he simply doesn’t care.

It’s almost a tie, but the idea for the novel came first. I toyed briefly with the title “Half Life,” but almost immediately settled on “Mayfly.” The title existed long before I ever put words on paper.

I loved any scene that let me looked at my favorite place, Los Angeles, from the lens of a far-off future. My favorite scene was also the hardest, below.

First, start. Then write every day—not just because it’s a good habit, but because when you write every day, the story never leaves you. Then new characters and plots emerge when you walk the dog, when you take a shower, when you’re thinking of nothing. Creativity tends to live along the margins. Writing every day gives it an opportunity to emerge.

I love the drama of it, that feeling of impending unease and action. But one of my favorite bits, which only a true Angeleno would notice, is the setting—the LA River, under the iconic 6th Street bridge, which is now being demolished. All sorts of movies, including the drag race scene of Grease, have been set there, and I feel as if I’m part of that tradition!

7. What new release book are you looking most forward to in 2018?

I still haven’t gotten to “Children of Blood and Bone.” I have a nice long trip to Europe with its name on it.

So far? “The Book of Dust” by Philip Pullman. He writes about children as extremely resourceful, almost feral beings. I don’t know if that’s always true, but it feels true.

There’s a whole world left in Mayfly, so I’ll be going there first. After that, I have a contemporary YA book based on my experience moving to New York for college, a couple of screenplays, and a sci-fi series that asks, “What if Europeans never came to America?”

10. Which was the most difficult or emotional scene to narrate?

The scene with Apple and the Betterment. There was so much love and joy and loss in one place that it almost physically hurt to write.

11. Which character gave you the most trouble when writing your latest book?

Probably my protagonist, Jemma—simply because she was the first one I wrote. There’s a tendency to create this infallible superhero as a heroine, and I didn’t want that. Where I finally got clarity was to write about her from my other narrators’ point of view, too. They could be more honest about what her failings and strengths really were, and that allowed me to be.

12. Which part of the writing process do you enjoy more: Drafting or Revising?

I used to think I was a better editor than a writer, but I now realize that was for stuff that I didn’t really care about. Now I feel as if I enjoy it almost equally. The journalist in me means that there’s rarely a sentence there that isn’t exactly as I intend it, but sometimes I have to just get the story on the page and fix it later. I’m also a pretty ruthless editor of my own work—I’ve undergone pretty major rewrites of Mayfly simply because I didn’t like where the initial story was taking me.

13. What would you say is your superpower?

Empathy. It’s helped me in all of my day jobs. But mostly it helps me to get into my characters’ heads. If you’re going to write about someone who’s not you, it’s the most essential trait.

14. Is there an organization or cause that is close to your heart?

I think a lot about common sense gun control, and I’ve been awed by the response of the Parkland survivors in tackling an issue that adults have utterly failed to solve. The dedication of my book says, “To the children who hold the world together, whether they asked to hold the world or not.” I never expected to see it fulfilled so literally.