Today we're excited to chat with Jason Fry author of

Read on for more about Jason and his book! 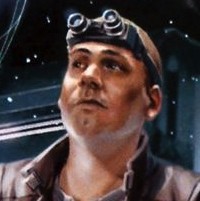 Jason Fry is the New York Times bestselling author of the young adult space-fantasy series The Jupiter Pirates, as well as Star Wars: The Last Jedi and many other works set in a galaxy far, far away. He is an advocate for birch trees, lawns free of tall grass, boats made of dark oak, and houses built out of dark prismarine. He lives in Brooklyn with his wife, son, and (sadly) no cats. 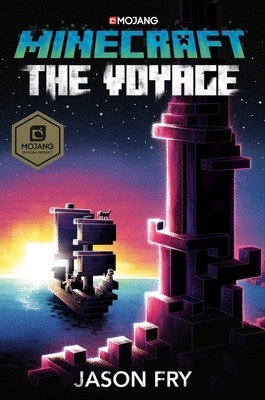 Join a daring expedition into strange new lands with this official Minecraft novel! When a young man is ripped from his quiet life and stranded far from home, he must learn not only how to survive, but how to live.

Stax Stonecutter has lived a peaceful—if unremarkable—life in his small town in the Overworld. The son of great adventurers and wise builders, Stax prefers an easier life. He loves to tend to his gardens and play with his cats all day, rather than venturing out to explore the surrounding lands. It’s quiet on his estate, even lonely sometimes, but it suits Stax well enough.

His solitude is shattered when a mysterious stranger arrives with a band of merciless raiders. In one terrible night, Stax’s old life is taken from him, and he is left stranded in the middle of nowhere, angry and alone. He’s never left home, and now he knows why: everything beyond the boundaries of his little town is scary and dangerous! But as he begins his long journey back, Stax encounters fascinating travelers who show him that there’s more to the Overworld than marauding pirates and frightening mobs; there are beautiful lands to explore, fantastical contraptions to build, and new friends to meet. It may have taken losing everything he once knew, but on his adventure Stax finds something more valuable than all the diamonds in the Overworld: a whole wonderful world that’s just waiting to be explored.

I really liked the idea of Stax Stonecutter as an oddball hero. He wasn’t born with a grand destiny or a heroic backstory, like so many heroes are. Frankly, Stax is happy with his life and more than a little lazy. He becomes a hero because he has no choice. He’s forced into discovering who he is and what he’s capable of.

An inspiration for that was The Hobbit, where Bilbo Baggins is also a reluctant hero living a comfortable, slightly boring life. I tipped my cap to The Hobbit in the places where I step out of the narrative to speak directly to the reader. I wanted Minecraft: The Voyage to have that comfortable, faintly antique feeling you get from classic storytelling.

And of course supporting characters are always fun. The relationship between Hejira Tenboots and Ramoa Peranze in particular was a blast to explore. A few times I had to remind myself that this was Stax’s book, not theirs, and I had to shush Heji and Ramoa so Stax’s quest could continue.

Oh, I’m terrible at titles. I usually come up with a few bad to awful ones, apologize and stay out of my editor’s way.

I’ve (mostly) learned not to fall down rabbit holes while world-building. I love creating believable worlds as backdrops for storytelling, which goes back to playing a lot of D&D as a kid, but I remind myself that the story and characters are what keep readers engaged, with the world-building there to support that – and not the other way around. As a writer, that means you have to be wise about how to incorporate that world-building. You can’t stop the narrative for pages of lore or explanation.

A metaphor I like to use is that world-building is like matte painting in the movies. Matte paintings are beautiful and can be really intricately detailed, but the actors stand in front of them and do their thing, and that’s the critical part. So don’t paint more than what you need right behind the action, and remember that the matte paintings go in the background, not the foreground.

I just finished “The Mirror and the Light,” the conclusion to Hilary Mantel’s trilogy about Thomas Cromwell, and it was amazing. Though I felt bad for the author – pretty much half the characters in the series are named Thomas, and since the books are historical fiction, what could she do?

I’ve been working on a YA book called Samurai New York. It’s set in an alternate 1700 in which a clan of samurai escaped the destruction of Japan by an earthquake and traveled across North America from west to east, arriving just in time to help the Dutch keep control of New York City. Oh, and the New England colonies were destroyed during King Philip’s War, leaving the whole region up for grabs. The lead character is a Dutch teenager who wants to be a samurai, but has to navigate this strange and perilous world. I’m having a blast with it. Though I’m also trying to stay out of the world-building trap I discussed above!

A lot went into Stax’s confrontation with Fouge Tempro, and the decision he makes afterwards. (I’m trying to be careful not to spoil it!) I wanted to be very clear about what Fouge is and the best way to handle evil, destructive people like him, but I obviously didn’t want the reader to stop liking Stax. That led me think about what I would or wouldn’t do in a similar situation, and challenge myself a bit about what I really believed.

I’m sorry if that sounds horribly vague! Read the book! I promise it will make sense!

It’s not a character, but I had to keep my eye on staying true to the game mechanics of Minecraft while telling Stax’s story. For instance, where you and I might unroll a sleeping bag on a beach, Minecraft characters have to set up a bed, which makes sense in the game but can feel a little odd on the page. Mojang let me cheat a little bit with Stax’s cats, for which I’m grateful. (I promise it’s only a little bit!)

But bumps like that were so small compared to all the wonderful possibilities Minecraft opened up. I was a Minecraft newbie, so to prepare for writing The Voyage I played the game for a solid month or so. I wanted to get to the point where I’d sunk into the game and started subconsciously spinning stories of my own while playing.

Those ideas led directly to The Voyage – Stax’s house is my house in Minecraft, complete with the cats. One thing I hope you get from the book is a sense of how beautiful and vast the Minecraft world is, because that was a huge inspiration for me. I still play Minecraft pretty much every day, and encounter new landscapes that make me stop and just look around in amazement. And yes, those moments make me think about other adventures Stax and Heji and Ramoa might have. I’d love to tell some of those one day!

Nobody likes revising, but that’s where the magic is. The stuff you didn’t get quite right in the draft will snap into focus – particularly if you’re a smart author and listen to your editor – while the stuff you nailed the first time will get even stronger after you sand and sharpen it.

I learned that lesson with Hunt for the Hydra, the first book in The Jupiter Pirates series. My editor liked the book, but told me that a key sequence that unlocks an important revelation just didn’t work. I sulked about it for like a week before admitting he was right, giving up and getting to work. That revision was hard, but you know what? It fixed the problem and the rewritten scenes are among the best in the book. Score one for revising!