Author Chat with Jake Martinez (The Mixtape To My Life), Plus Giveaway! ~ (US Only) Today we're excited to chat with Jake Martinez author of

The Mixtape To My Life.

Read on for more about Jake and his book, plus an giveaway. 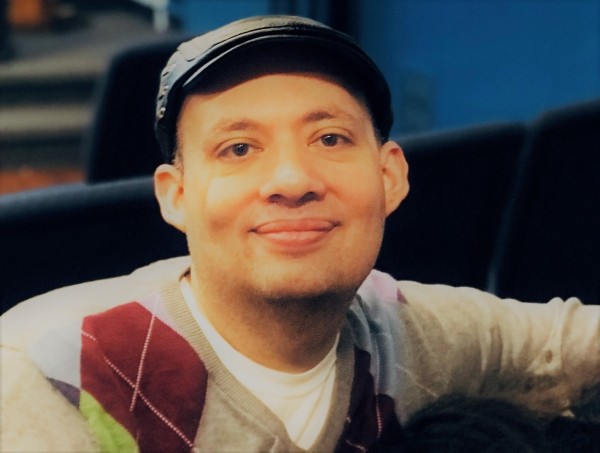 Jake Martinez is a former South Texas resident who has found a new home in Chicago. He has been writing all his life but has only recently sought to be published. His debut novel, The Mixtape to My Life, reflects on life as a gay teen growing up in South Texas. Jake holds an MFA in Creative Writing and also loves to write plays and screenplays. Aside from writing, you can find him hanging out at home with his husband, their young son, and an eclectic group of fur babies.

Meet The Mixtape Of My Life! 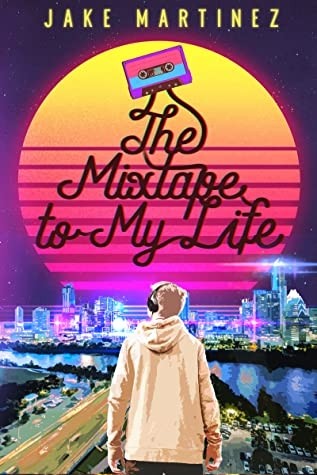 Justin Ortega might as well be starring in his very own coming-of-age 80s movie. If only he could find his dream boy to pull up in front of his house in a red convertible and sweep him off his feet, already! At seventeen years young, he isn’t quite Mexican enough for his South Texas town; isn’t manly enough for his father; can sometimes be too much of a smart mouth for his mother; and as for the other kids at school—let’s just say he’d be cast as the quiet nerd with a heart of gold…and an ear for music.

The one solace Justin has is his love of 80s hair metal bands, which he listens to on his beloved Sony Walkman. The songs, lyrics, and melody keep him just sane enough to escape the pressures of school and help navigate the hurdles life brings. Especially with the doozy this year is shaping up to be. Not only does he have to try out for a captain position which is rightfully his, but his best friend has found a new girlfriend, leaving Justin to fend for himself in a school where he’s mostly known as simply Coconut.

Enter Dominic Mendoza. Sweet, funny, and a blast from his past, the hunky football player has moved in next door. Justin could never forget how Dominic protected him in the eighth grade, nor the way Dominic made him feel, then…and now.

Except, this isn’t a movie. Confusion, friendship, and love won’t guarantee a happy ending unless Justin can learn to accept himself for who he truly is. Hair bands and all.

I think my biggest inspiration was the fact that even though we have made great strides in the way LGBTQ+ people are viewed, there is still a long way to go. Some people still struggle with who they are, and sometimes find it hard to relate to anyone. So, I wanted to provide a character that someone struggling with their sexuality could relate to, even if they aren’t ready to fully come out. A little representation sometimes goes a long way.

That’s a really hard question considering that I love them all (even the not so nice ones.) But if I had to pick, Lila is someone that I definitely admire. She’s open and daring, which are qualities that I’ve always felt that I lack. It’s that fearlessness that makes her endearing and hard to resist.

Actually, the chapter titles (or mixtape if you will) came first. Then came the title. I knew that I wanted music to be a centerpiece, and once I had the songs that served as inspiration, everything else just fell into place.

The very first time that Justin and Dominic hang out has got to be, hands down, my favorite scene. It’s quiet, awkward, sweet, and funny, basically everything you’d expect from a shy guy hanging out with his crush for the first time. It also sets up their dynamic so perfectly, that I think anyone who longed to be with someone can relate to what happens.

I love how the cover designer, Ave, captured the 80s flair that I wanted from the book. The colors just grabbed me, and that tape that spells out the title was pure perfection. It also has the right mood, and hopefully sets the stage for what readers are going to get.

One of the books that really tugged at my heart recently was Julian Winters’ Running with Lions. I became an instant fan, and can’t wait till his next book The Summer of Everything comes out later this year.

Benny was a little difficult, only because it was hard to keep myself from making him too much of a clown. A little makes him fun and cute; a lot would have made him simply annoying. It was hard to find that balance, but I think overall, he comes of as a goofball that really cares about his BFF Justin.

Some people say I have an incredible amount of patience. I don’t know if I could use that to save the world, but it has served me well throughout the years.

The Mixtape To My Life

Tags:
Author Chat giveaway The Mixtape To My Life Jake Martinez Deep Hearts YA
YABC's Buzzworthy Books Of Spring 2020 Plus GIVEAW...
Giveaway: A Taxonomy Of Love (Rachael Allen) ~ (US...

Giveaway: A Taxonomy Of Love (Rachael Allen) ~ (US Only)

Thanks for writing such a great article, I stumbled upon your blog and read a few posts. I like your writing style y8 game

0
Thanks for writing such a great article, I stumbled upon your blog and read a few posts. I like your writing style y8 [url=http://pogogamesplay.com/superfighters.html]game[/url]
Cancel Update Comment

I can't wait to read this! And of course I love Justin's affinity for 80s music!

0
I can't wait to read this! And of course I love Justin's affinity for 80s music!
Cancel Update Comment
How to resolve AdBlock issue?
X