Today we are chatting with Jack Fairweather, author of

A Rebel In Auschwitz:

The True Story of the Resistance Hero Who Fought the Nazis From Inside the Camp!

Read on for more about Jack, his book, and a giveaway! 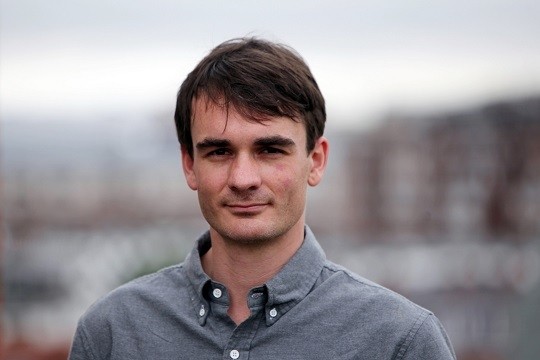 Jack Fairweather is a former war reporter in Iraq and Afghanistan and the author of A War of Choice and The Good War. The adult edition that tells this story is titled The Volunteer: The True Story of the Resistance Hero Who Infiltrated Auschwitz, which was named winner of the Costa Award and a #1 Sunday Times bestseller. Jack has served as the Daily Telegraph’s Baghdad bureau chief, and as a video journalist for the Washington Post in Afghanistan. His war coverage has won a British Press Award and an Overseas Press Club award citation.

Meet A Rebel In Auschwitz:

The True Story of the Resistance Hero Who Fought the Nazis From Inside the Camp! 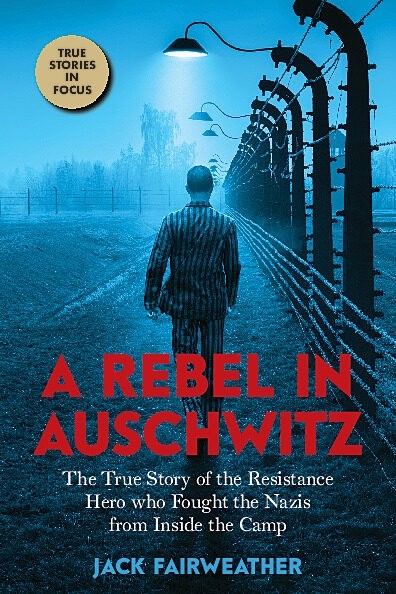 With exclusive access to previously hidden diaries, family and camp survivor accounts, and recently declassified files, critically acclaimed and award-winning journalist Jack Fairweather brilliantly portrays the remarkable man who volunteered to face the unknown in the name of truth and country. This extraordinary and eye-opening account of the Holocaust invites us all to bear witness.

Witold Pilecki, a Polish underground operative, accepted a mission to uncover the fate of thousands interned at a new concentration camp, report on Nazi crimes, raise a secret army, and stage an uprising. The name of the camp -- Auschwitz.

Over the next two and half years, and under the cruellest of conditions, Pilecki's underground sabotaged facilities, assassinated Nazi officers, and gathered evidence of terrifying abuse and mass murder. But as he pieced together the horrifying Nazi plans to exterminate Europe's Jews, Pilecki realized he would have to risk his men, his life, and his family to warn the West before all was lost. To do so meant attempting the impossible -- but first he would have to escape from Auschwitz itself...

When I first came across Witold’s story I was working as a war reporter in Iraq and Afghanistan, trying to make sense of what I was witnessing. I wondered how it was that seemingly ordinary people are capable of doing extraordinary things, and why some are capable of great acts of evil while others are prepared to risk everything for someone else? Researching this book overthe past five years gave me insights into some of the darkest moments in history, but it also revealed Witold’s extraordinary courage in confronting them. I hope you will be inspired as I have been by his story.

Witold! That said, while this is the story of an amazing person, he didn’t act alone. His messages from Auschwitz could only reach the Allies thanks to the bravery and daring of others. I could have written books about manyof them. For me this underlines a key message of the book: that courage is contagious, and that one act of altruism can inspire others.

Which came first, the title or the book?

The title and the inspiration for the story came from a single, extraordinary idea: that someone would go to Auschwitz of their own free will. For all Witold’s exploits in the camp – the forging of a underground army, the letter smuggling, the acts of sabotage – I keep coming back to the scene that opens the book: Witold sitting in an apartment, deliberately waiting for the Germans to burst in and seize him, knowing he would be deported to Auschwitz. How was such bravery possible? You’ll have to read the book to find out!

Do you haveafavorite writing snack?

Thinking way back to the beginning, what’s the most important thing you've learned asawriter from then to now?

Whenever I got overwhelmed by all the information, I would tell myself to trust the narrative and the power of storytelling - this helped me to harness the details I needed, and to ignore the rest.

I like the cover because it poses a question that takes the reader straight to the heart of the book: where is that mysterious man heading with such determination?

I love Ursula K Le Guin, whose Wizard of Earthsea turned me into an avid reader. So top of my list are her wise words on life and art: the Wave in the Mind.

Does a re-read count? Endurance by Alfred Lansing is one of the best non-fiction books I’ve read: terrifying, and so visceral you feel like you’re staggering across the ice pack yourself. I also love Footsteps by Richard Holmes, a touching account of how one author discovered his talent for writing by following in the footsteps of some of the great Romantic poets.

I’m writing a follow-up to Witold’s story. When you finish A Rebel in Auschwitz, you’ll probably want to know what happened to the perpetrators in the camp that Witold sought to expose. The answer is that many of the worst offenders escaped punishment for years after the war – until a remarkable German Jewish prosecutor called Fritz Bauer tracked them down and brought them to justice. Witold and Bauer didn’t know each other, and they are completely different characters. But what drew me to both is their unshakeable faith in truth-telling.

There’s an audiobook to accompany A Rebel in Auschwitz that’s brilliantly read by Besty Meiman. A film adaptation is also in the works.

I struggled to write about many of the Nazis' gruesome experiments in Auschwitz. But one of the things I love about Witold is that he was inspired to face up to the darkest episodes. For every horror in the camp, Witold finds a way to respond, be it through smuggling out a report, setting up a secret radio station to contact the Allies, or even, in one case, assassinating one of the worst German perpetrators. His story shines a light on one of the darkest periods of human history, and I think that can inspire us in our own lives to speak out against injustice.

Every character is a riddle when it comes to non-fiction. I looked for every source that might give a clue as to their actions or what they were thinking. It was often very powerful to meet the families of those I wrote about, not least because after the war, the PolishCommunist regime tried to airbrush resistance fighters like Witold from history. I had a particular challenge finding out about Witold’s first messenger from the camp. All that Witold gives us is the man’s name: Aleksander Wielopolski. But my researcher Luiza Walczuk was able to track down the man’s son in Warsaw. He had not known that his father had been the first messenger from the camp, but he was able to give us enough clues to piece together the story of how Witold’s report reached London, and the contents of that extraordinary message, which you will enjoy discovering in the book.

Which part of the writing process do you enjoy more: Drafting or revising?

Revising for sure! One of the hardest things to put words on a blank page, especially when you don’t know if they’re any good. I love revising because you start to see just how strong the story is.

It’s a superpower but perhaps a character flaw: stubborn persistence!

As a former war reporter, I came to appreciate the extraordinary bravery of the local journalists I met in places like Iraq and Afghanistan. As a Westerner I had the luxury of knowing I could leave these countries when I wanted to. These brave women and men did not have that luxury, but still they reported at great personal cost. Please check out Reporters Without Borders to learn more about their courageous reporting.

I think there are some writers who are naturals, for whom words simply flow. I’m not one of them. I try to compensate by doing as much preparation before writing as possible: sketching out scenes, plots, and character arcs to guide me. So if you’re a fluent writer – lucky you! – let your pen flow. But don’t be put off if you find writing more difficult - see what happens when you block our your story first. Then set yourself a daily writing goal - I aim for 800 words a day - and get your sleeves rolled up!

A Rebel In Auschwitz

Tags:
giveaway Author Chat Scholastic A Rebel In Auschwitz Jack Fairweather
Featured Review: I'm With the Banned (Marlene Pere...
Giveaway: THIS IS OUR RAINBOW: 16 Stories of Her, ...