Read on for more about Henry and his book! 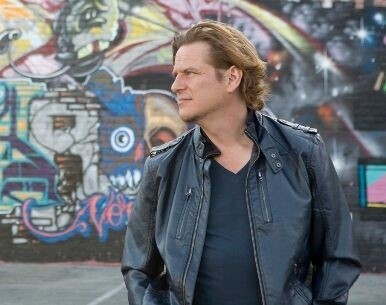 Henry Turner grew up in Baltimore, Maryland, in Roland Park, where he attended public school. He was always interested in storytelling in one form or another, and as a teenager he started making films with his brother and neighborhood kids.

Henry wound up making five feature films, writing and shooting and cutting them. When his films won awards and attracted industry attention he moved to Los Angeles, after getting a call from a film production company that was looking for scripts. He stayed in L.A. and helped build a fledgling film festival that has since become well-established. He also freelanced in entertainment journalism, interviewing well-known filmmakers such as George Lucas, Brian Grazer, Quentin Tarantino, James Cameron, and many others. All along he was writing stories.

During a year spent in Greece he made a total commitment to writing fiction. Returning to Los Angeles, he met his future wife, who encouraged him to study fiction writing with a novelist he admired – John Rechy. Henry stayed in Rechy’s private writing group for a number of years and also studied privately with Hubert Selby. Since then he and his wife have had a son, Hugo, who is now twelve. Henry Turner is now writing a new novel. 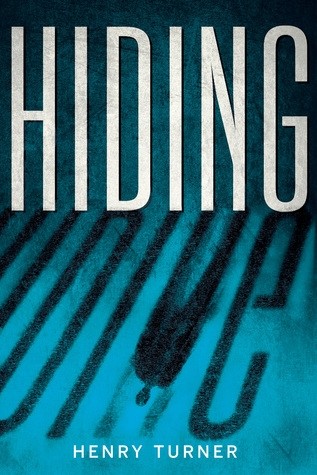 HIDING tells the story of a teen boy who excels at being unseen and who finds himself in the unlikely predicament of hiding in his ex-girlfriend’s house. There he uncovers carefully concealed truths—about her, her family, and himself—in a breakout mystery both unpredictable and perceptive. Trapped by the alarm in his ex-girlfriend’s house and his own indecision, he’s confronted by how little he knows about Laura and her family—her seemingly perfect life and the reasons she shut him out of it. As he explores the palatial home, he uncovers more than he bargained for. How long can he stay hidden? What will happen if he is found? What will he learn about Laura—and himself—in this house? And what is his true motive for being there?

Turner’s affinity for observant outsiders—and teens who share a desire to hide from nosy adults and judgmental peers—shines in a psychological thriller in which the slow burn of tension keeps readers turning pages to a sudden twist that changes everything.

Talking to teens at high schools during my last book tour for ASK THE DARK. I talked about how too much pressure and emphasis is put on teens over what they will be, and not enough emphasis on accepting and appreciating what, and discovering who, they are now. The teen years are remembered for a lifetime, and it’s a time to be cherished and valued, and not thought of as just a transitional phase on the way to becoming an adult.

The idea came first, which really included both – a teen boy hides in his ex-girlfriend’s house.

The whole book is really one extended scene as we follow the narrator through the house he’s snuck into, hearing his thoughts about what hiding means to him, and his feelings for Laura. Still, I especially like his masquerade at the country club and how it takes his thoughts about hiding to a deeper and more personal level.

That effort creates results. Stick to it, and results will come.

That it’s blue. I mean it. One of the preliminary covers was red and suggested too much horror.

I’m working on a new YA novel and a screenplay of my last novel, ASK THE DARK.

When the narrator talks to Laura in her bedroom at the end.

The parents. I needed to swiftly bring them to life, but never have them take center stage.

It depends on which I’m doing, because I focus 100% on both. Drafting is exciting and brings a feeling of release, and revising brings order and clarity and detail – I can’t really say I prefer one over the other, because they have such different  qualities.

Save.org [save.org], who put HIDING on their Suggested Reading List for youth - https://save.org/suggested-reading-list [save.org]/.   I’m especially proud of that, and the thought that HIDING can give real help to people experiencing some of life’s most difficult circumstances.

Interview with Andrew Fukuda plus a chance to win a copy of THE PREY! (US only)