Read on for more about Gretchen and her book, an interview, plus a giveaway! 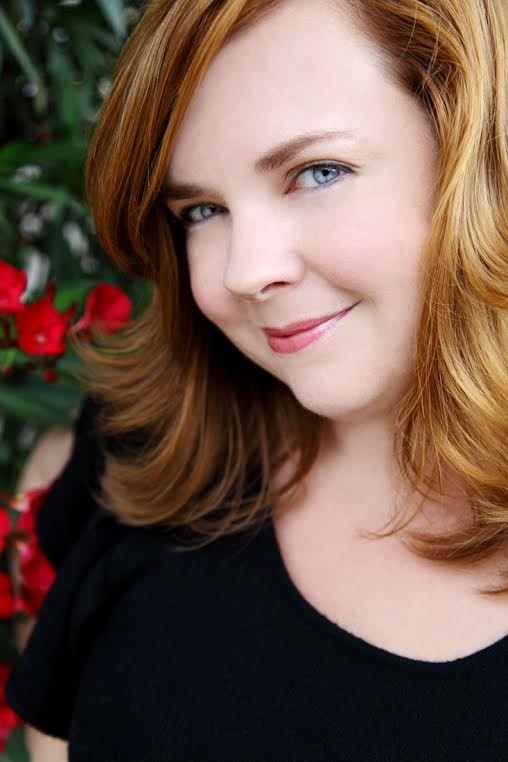 Gretchen McNeil is the author of I’m Not Your Manic Pixie Dream Girl and the Don’t Get Mad duology, as well as the YA horror novels Possess, 3:59, Relic, and Ten which was a 2013 YALSA Top Ten Quick Pick for Reluctant Young Adult Readers and was adapted as the Lifetime original movie Ten: Murder Island in 2017.  You can find her online atwww.GretchenMcNeil.com, on Instagram @Gretchen_McNeil, and on Twitter @GretchenMcNeil. 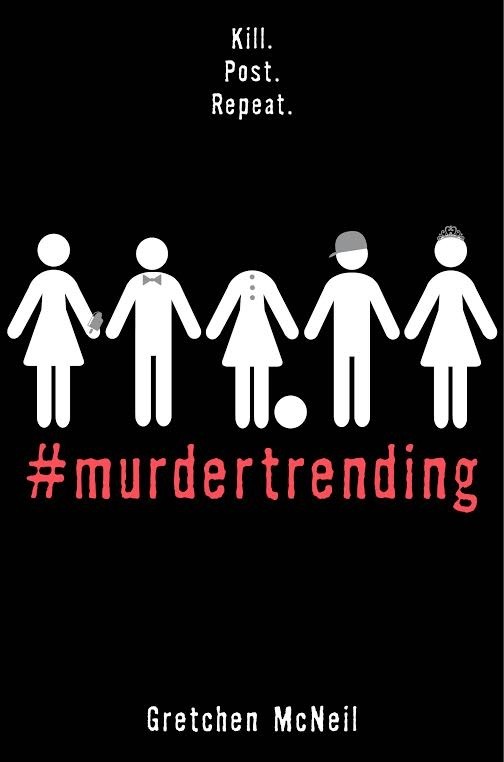 @doctorfusionbebop: Some 17 y. o. chick named Dee Guerrera was just sent to Alcatraz 2.0 for killing her stepsister. So, how long do you think she’ll last?

@morrisdavis72195: I hope she meets justice! She’ll get what’s coming to her! BWAHAHA!

@EltonJohnForevzz: Me? I think Dee’s innocent. And I hope she can survive.

WELCOME TO THE NEAR FUTURE, where good and honest citizens can enjoy watching the executions of society’s most infamous convicted felons, streaming live on The Postman app from the suburbanized prison island Alcatraz 2.0.

When seventeen-year-old Dee Guerrera wakes up in a haze, lying on the ground of a dimly lit warehouse, she realizes she’s about to be the next victim of the app. Knowing hardened criminals are getting a taste of their own medicine in this place is one thing, but Dee refuses to roll over and die for a heinous crime she didn’t commit. Can Dee and her newly formed posse, the Death Row Breakfast Club, prove she’s innocent before she ends up wrongfully murdered for the world to see? Or will The Postman's cast of executioners kill them off one by one?

The 2016 election.  Pure and simple. The way social media played such a heavy role, the I-can’t-look-away-from-this-train-wreck fascination, the way our society was obsessed with the crossover between entertainment and politics.  Even before the outcome, this book had formed in my mind.

Ethan.  In fact, he may be one of the best characters I’ve ever written.  Earnest and straightforward, upbeat in the worst of circumstances, even without his penchant for speaking in quotes from 80s action movies, Ethan had already captured my heart.

Impossible to say!  I feel like the concept and the title developed simultaneously, side-by-side.

Without spoilers, there’s a serial killer in the book named Cecil B. DeViolent who recreates scenes from famous movies in order to dispose of his victims, and I used the “Schiess dem Fenster” scene from Die Hard (one of my all-time favorite films) in one of the best scenes in this book.

My brilliant agent Ginger Clark told me early on that publishing is a marathon, not a sprint.  I didn’t believe her. Unsurprisingly, she was right. I’ve learned patience, balance, and that I have to keep my eye on the road ahead.  Like two years ahead. Welcome to publishing!

I mean, how can I not say the head?  The head. It’s brilliant. The whole freaking thing is brilliant.  This cover blows my mind.

THE HEARTS WE SOLD by Emily Lloyd-Jones.  It’s the modern Lovecraftian YA horror of my dreams!

The sequel to #MURDERTRENDING is out next summer and let me tell you, #MURDERFUNDING is a wild ride.  Double the number of whackdoodle serial killers and an in-your-face heroine you (hopefully) can’t help but love.  I think it’s a worthy sequel.

I just want to tell everyone how thrilled I am to have been able to write a book like #MURDERTRENDING.  Horror and comedy are the fleur-de-sel caramels of fiction – salty and sweet, the perfect combination. Not every publisher would have let me run rampant with this concept, creating a novel that is as gory as it is hilarious, and I am eternally grateful for Disney/Freeform for giving me the green light!

The Trevor Project, the only suicide prevention hotline for LGBTQ+ youth.  My best friend was a volunteer phone crisis counsellor for them for many years and the stories he tells…  They have my heart.

I'm not a fan of this cover, but I really do love the concept of this book

0
I'm not a fan of this cover, but I really do love the concept of this book
Cancel Update Comment

The cover is okay, but the synopsis sounds like the story is right up my alley! I love scary stories.

0
The cover is okay, but the synopsis sounds like the story is right up my alley! I love scary stories.
Cancel Update Comment

The cover made me take a second look. At first I thought all the "cut out" people were the same, but no! The story itself sounds fabulous.

0
The cover made me take a second look. At first I thought all the "cut out" people were the same, but no! The story itself sounds fabulous.
Cancel Update Comment

Love the cover, love the synopsis, can’t wait to read!

The minimalist artwork on the cover caught my eye - the synopsis sounds SO good!

0
The minimalist artwork on the cover caught my eye - the synopsis sounds SO good!
Cancel Update Comment

I love the cover and can't wait to read this one!

0
I love the cover and can't wait to read this one!
Cancel Update Comment

The cover is so intriguing!

I love the cover! It sounds great!

0
I love the cover! It sounds great!
Cancel Update Comment

The cover is modern and fits this creepy thriller promised in the synopsis.

0
The cover is modern and fits this creepy thriller promised in the synopsis.
Cancel Update Comment
Previous     Next
1 2
How to resolve AdBlock issue?
X