Today we are chatting with Ginny Myers Sain, author of

Read on for more about Ginny, her book, and giveaway! 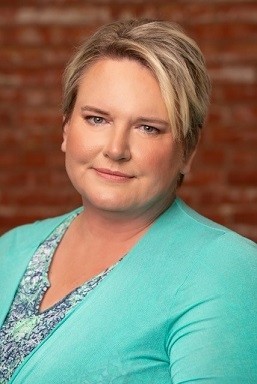 Ginny Myers Sain lives in Tulsa, Oklahoma, and has spent the past twenty years working closely with teens as a director and acting instructor in a program designed for high school students seriously intent on pursuing a career in the professional theatre. Having grown up in deeply rural America, she is interested in telling stories about resilient kids who come of age in remote settings. Dark and Shallow Lies is her debut novel. Follow her on Twitter @stageandpage and on Instagram @ginnymyerssain, or find her on her website at ginnymyerssain.com [ginnymyerssain.com] 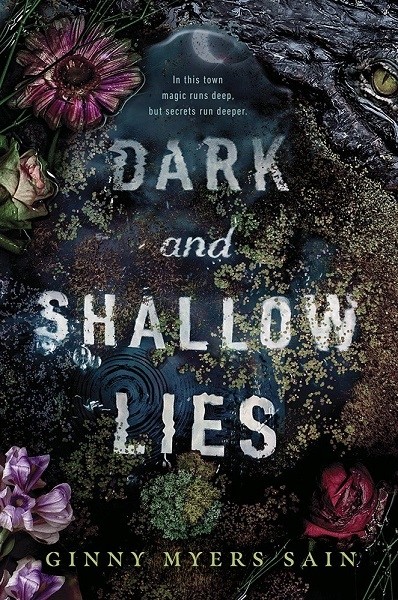 A teen girl disappears from her small town deep in the bayou, where magic festers beneath the surface of the swamp like water rot, in this chilling debut supernatural thriller for fans of Natasha Preston, Karen McManus, and Rory Power.

La Cachette, Louisiana, is the worst place to be if you have something to hide.

This tiny town, where seventeen-year-old Grey spends her summers, is the self-proclaimed Psychic Capital of the World—and the place where Elora Pellerin, Grey's best friend, disappeared six months earlier.

Grey can't believe that Elora vanished into thin air any more than she can believe that nobody in a town full of psychics knows what happened. But as she digs into the night that Elora went missing, she begins to realize that everybody in town is hiding something—her grandmother Honey; her childhood crush Hart; and even her late mother, whose secrets continue to call to Grey from beyond the grave.

When a mysterious stranger emerges from the bayou—a stormy-eyed boy with links to Elora and the town's bloody history—Grey realizes that La Cachette's past is far more present and dangerous than she'd ever understood. Suddenly, she doesn't know who she can trust. In a town where secrets lurk just below the surface, and where a murderer is on the loose, nobody can be presumed innocent—and La Cachette's dark and shallow lies may just rip the town apart.

La Cachette is not a real place, of course, but the town was very loosely inspired by two actual places. The first is the tiny town of Cassadaga, Florida, which I was lucky enough to stumble upon  during a road trip across the sunshine state. Cassadaga really does bill itself as the “Psychic Capital of the World" and its tiny town square is lined with palm readers, tarot card readers, and mystics of all kinds. I was standing on the front porch of the psychic bookstore there when the idea for DARK AND SHALLOW LIES came to me in the form of this question....How do you keep a secret in a town full of psychics? I didn't know what the secret would be yet, or even who was trying to keep it. All that came later. The setting came first. However, Cassadaga was a bit too accessible for what I had in mind. I needed a place that was more cut-off from the world. Somewhere a little harder to get to...and to escape from. I had spent a lot of time in Louisiana over the years and had fallen so deeply in love with the swampy landscapes, the culture, and the people, and my mind went back to a little place called Pilottstown, which served for years as a home to riverboat pilots on the Mississippi River, so that became the inspiration for the geographical location.

Hart is the first character that came to me, and he's always been my favorite. He was just one of those characters who showed up fully formed and breathing. I just felt like I knew him so well. He was 100% alive and real in my head. I came to know and love them all, of course, but Hart was special to me.

The novel, for sure! That's a fun question, because this book actually had like four different titles. It had one when I was writing it, another one when I was querying it, another one when my agent was sending it out on submission, and a final one for publication. I liked them all, but the one we ended up with is definitely my favorite. And the funny thing is, it's sort of a modification of the very first title I started out with.

That almost hidden alligator eye! I just about died when I saw it. It is so perfect. And you almost miss it. But there it is, lurking up there in the corner. I'm alligator obsessed, so there's that. But also, it's such a perfect metaphor for so much that's going on in the book.

I had a two-book contract, so I’m working on book two, which should be out in the fall of 2022. I can’t say a lot about it, but it is also a standalone YA mystery/thriller with some magical/paranormal elements. Think waves, lighthouses, salt in the air. It’s actually set in the world of the theatre, so I’m excited to bring my love of theatre and my love of writing together for this project!

The whole ending was really difficult. The last fifty pages or so, things just keep coming. Bam. Bam. Bam. There are so many emotional gut punches that Grey has to deal with, and there's a really high level of physical danger, too. She's literally fighting for her life, on multiple levels. So wrapping all the loose ends up while dealing with those super high emotional and physical stakes was a lot harder than I thought it was going to be. I had to take a lot of breaks because it was all very intense and sort of overwhelming.

Definitely revising! Drafting is just hard work. But revising is fun. That's when all the good stuff happens.

There's a wonderful Oklahoma organization called Poetic Justice that I'd love to get involved with sometime. I've seen their work for years, and I just admire them so much. Poetic Justice’s mission is to offer writing programs to individuals who are incarcerated in women’s prisons and jails, and that's such an amazing and important thing - especially considering that our state has one of the highest female incarceration rates in the nation. I've always been involved in the arts, and I know the restorative and healing power that writing can have. And, wow, some of the writing that comes out of their programs will just blow you away. It's a very, very cool program. Check them out at www.poeticjustice.org

I am in love with this cover!! The story sounds amazing too.

0
I am in love with this cover!! The story sounds amazing too.
Cancel Update Comment

Love this cover! This book looks so good!!!

This cover is so beautiful!!

The cover is gorgeous and the synopsis makes me want to read this book.

0
The cover is gorgeous and the synopsis makes me want to read this book.
Cancel Update Comment

The cover is lush and gorgeous. The story sounds eerie and chilling.

0
The cover is lush and gorgeous. The story sounds eerie and chilling.
Cancel Update Comment